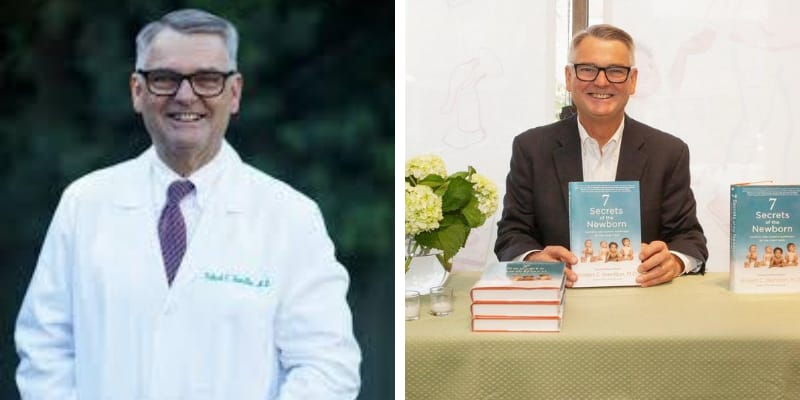 Dr. Robert C. Hamilton has been practicing Pediatrician for more than 36 years in California, he’s in the media headlines after America’s Frontline Doctors video went viral.

In the video, there were several doctors and Hamilton is one of them, but he didn’t advocate the use of hydroxychloroquine as a cure for coronavirus and says that face masks aren’t necessary to stop transmission of the highly contagious coronavirus, but instead he did talk about reopening schools and the infection rates in children.

Curently, the video has been taken down by Facebook, YouTube, and Twitter. On July 27th, Dr. Robert C. Hamilton, Dr. Stella Immanuel, and Dr. Simone Gold after campaigning the use of the drug in front of the U.S. Supreme Court as part of America’s Frontline Doctors Summit.

In the video which is now deleted, he said that he’s a pediatrician who’s been in private practice in Santa Monica, California for 36 years. Furthermore, he spoke about how he believed that children tolerated infections well, the mortality rate for children was low, and he said they rarely passed the infection on to adults.

The majority of his talks at America’s Frontline Doctors Summit focused on his desire to reopen schools and communicating that children aren’t the main drivers of COVID-19 infections.

Who is Dr. Robert C. Hamilton?

He is a former president of the Los Angeles Pediatric Society and founded LightHouse Medical Mission where it’s a volunteer organization that organizes short term medical to Africa, Asia, Central, and South America.

Furthermore, he has traveled to Africa on Medical teams 26 times and his most recent trip was to Colombia to aid Venezuelan refugees leaving their country.

Hamilton is also the creator of the Hamilton Hold its a technique for calming crying babies that have been by over 44 Million times on Youtube.

In 2018, he authored 7 Secrets of the Newborn and he has written editorial articles for the Wall Street Journal and appeared as a television guest on Good Morning America, The Doctor Oz show, Fox’s Morning Show, Beijing’s CCTV Show ‘Challenge Impossible’ and on Fox’ The Ingraham Angle.

Also, he has been a guest on the Dennis Prager Radio show and Eric Metaxas’ Podcast. Hamilton is the host of his own Podcast entitled, ‘The Hamilton Review: Where Kids and Culture Collide.’

Today I have good news for you. The good news is that children as a general rule are taking this virus very, very well. Few are getting infected, those who are getting infected are being hospitalized in low numbers, and fortunately, the mortality rate of children is about 1/5 of 1%. So kids are tolerating infection and very frequently as asymptomatic. I also want to say that children are not the drivers of this pandemic. People were worried about initially if children were going to actually be the ones to push the infection on. Very often the opposite is happening. Kids are being, are tolerating it very well, they’re not passing it on to their parents, they’re not passing it on to their teachers.

Doctor Mark Woolhouse from Scotland, who is a pediatric infectious disease specialist and epidemiologist, said the following. He said, ‘There has not been one documented case of COVID being transferred from a student to a teacher in the world.’ In the world. I think that is important that all of us who are here today realize that our kids are not really the ones who are driving the infection. It is being driven by older individuals.

He also said that he disagrees with some teacher’s unions and some of their requirements for reopening.

And yes we can send the kids back to school, I think without fear. And this is the big issue right now as Congressman Norman alluded to. This is a really important thing we need to do. We need to normalize the lives of our children. How do we do that? We do that by getting them back in the classroom. And the good news is that they are not driving this infection… Yes, we can use security measures. Yes, we can be careful. I’m all for that; we all are. But I think the important thing is we need to not act out of fear, we need to act out of science. We need to do it. We need to get it done.

Finally, the barrier — and I hate to say this — but the barrier to getting our kids back in school is not going to be the science, it’s going to be the national unions, the teachers union, the National Education Association, other groups who are going to demand money. And listen, I think that it’s fine to give people money for PPE and different things in the classroom, but some of their demands are really ridiculous. They’re talking about, where I’m from in California, the UTLA (which is the United Teachers of Los Angeles) is demanding that we defund the police. What does that have to do with education? They’re demanding that they stop or they shut all … privately funded charter schools… So clearly there are going to be barriers. The barrier will not be science…it’s going to be for the sake of the adults, the teachers and everybody else, and for the unions.

He is married to his wife Leslie and has six children of his own and nine grandchildren. He and his daughter Sarah work together on the board of the Santa Monica Symphony.