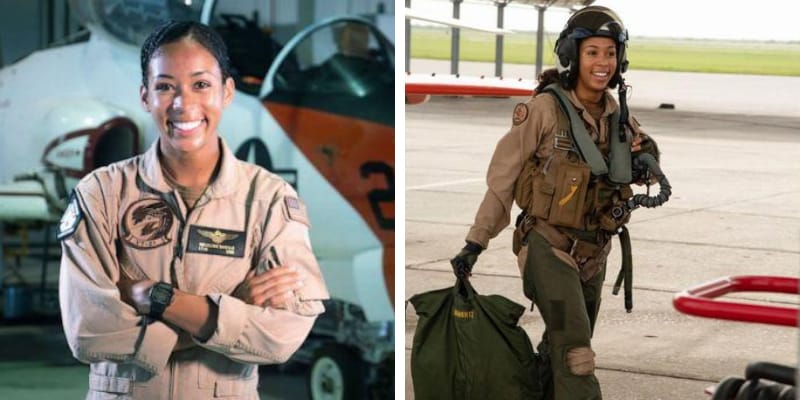 Madeline Swegle is the U.S. Navy’s first black female fighter jet pilot and on she will be awarded her Wings of Gold during a ceremony on July 31. On Tuesday the Navy uploaded a new video and celebrated her achievement.

On Friday, she said “I am honored that I get to wear the wings and get to fly planes and call myself a pilot,” then she added “I don’t think the goal in my life is to necessarily be the first at anything. That was never something that I set out to do, it was just something I was interested in and I found out later.” 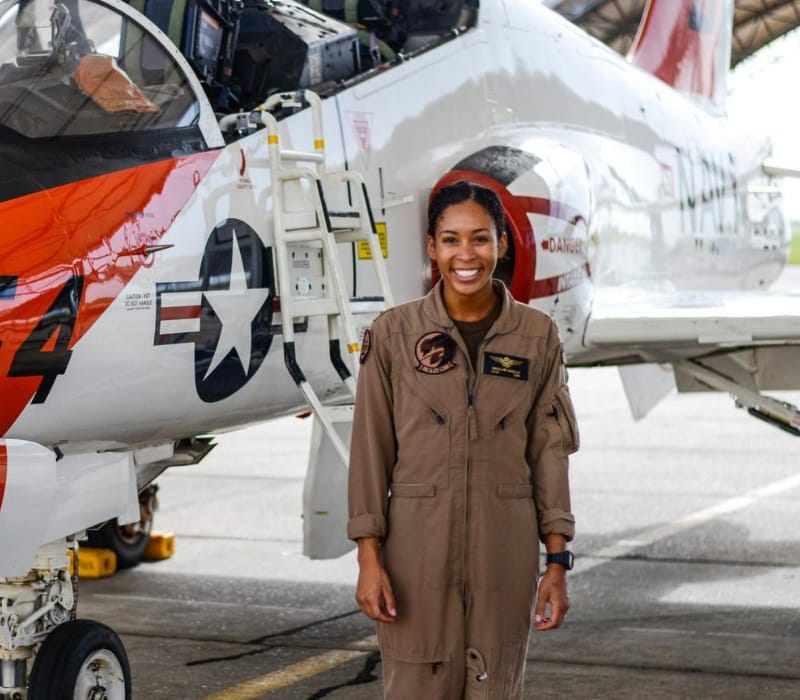 Swegle has been assigned to the Redhawks of Training Squadron 21 and its located in Kingsville, TX. Furthermore, she will be flying F/A-18E/F Super Hornets, EA-18G Growlers or F-35C Joint Strike Fighters reports.

Rosemary Mariner was the first woman to command an operational air squadron during Operation Desert Storm in 1974. According to the Stars and Stripes, she will be assigned to the Redhawks of Training Squadron 21 in Kingsville, Texas.

In the video, Matthew Maher, commanding officer of the training squadron said “To show up here at this level, you need to be a top performer and then you have to continue to perform while you’re here,” and added “These are the best pilots in the world that are trained here. The very best.”

Swegle’s best friend Miss Alissa on Twitter wrote “Just my best friend making history,” and Swegle’s sister, Sophie, retweeted the tweet and added her loving message that read, “Just my older sister being a boss every day of her life. Proud of her doesn’t even cover it.”

She is the daughter of Carey Manhertz (Father) who played basketball for the Navy, he congratulated his daughter on Twitter, “It’s official. My daughter, Maddy continues to rise,” he wrote.

Furthermore, there is not much information about her mother but has a sister named Sophie.

She is married to Scott Swegle and he is also serving in the Navy.