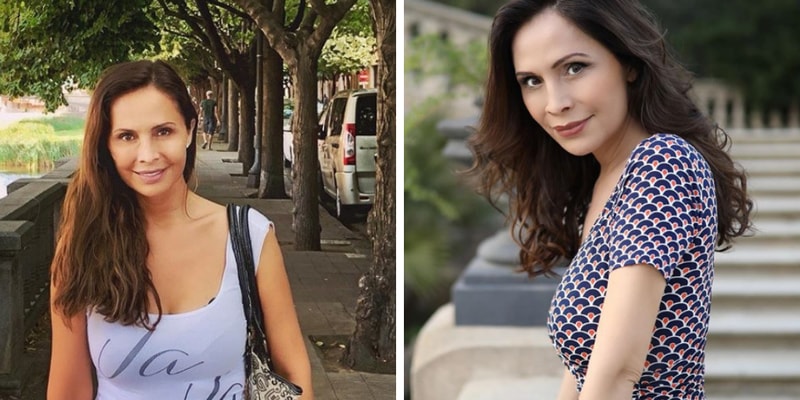 Talisa Garcia was born in Chile, Country in South America. Recently, the Baptiste star appeared on the Lorraine show and opens up about her transsexuality. The Sun Online revealed that Talisa used to be a man named Joseph before her gender change.

The actress revealed that she was not given roles in the past because she ‘wasn’t transgender enough’. On the Lorraine show, the Chilean-born English star made her appearance and she talked about her career as a transgender actress when she made the candid admission.

Talisa Garcia recalls about her initially journey as an actress and stated that after her graduation, she wasn’t getting the jobs because they kept saying that Talisa wasn’t transgender enough. She further continued recalling her audition with The Bill, but they said that they would never cast Talisa as a transgender because she wouldn’t get the sympathy.

Furthermore, the BBC miniseries star also revealed that her parents knew about her transgender sexuality. She recalls asking her Mom and Dad of why she hated having her hair cut when she was young, then they would explain that she is a little boy. Later during 12 years of age, she discovered that she was transsexual and finally found the light at the end of the tunnel.

The Chilean-born English actress grew up in Wales and when she was 13 years old, his family moved to London. Initially, Talisa’s career started in the Prestigious Sylvia Young Theatre School. Later, Talisa Garcia completed her graduation from Arts Educational School, London with a Master in Arts. In fact, the actress speaks both French and English language. There is not much information available about Gracia’s parents and siblings on the internet.

. In 2004, Talisa Garcia started her career starring in some small roles. Later she got an opportunity to appear as a guest character named, Suzi Bradley in the ‘Silent Witness’ TV series. In 2006, she played the role of Gabriela Da Silva in the Doctors Television series and later appeared as Maria Perez in 2016.

However, the star got a huge breakout role through the BBC series of ‘Baptiste’ in which Talisa played the role of Kim Vogel. In 2017, she also appeared on a Commercial as Russian Lady in ABSOLUT VODKA and also as Spanish Kitchen Lady in GEORGE FOREMAN GRILL. The Baptiste star also appeared in the featuring film, ‘Enduring Love’ as a University student.

The actress has not shared much information about Talisa’s boyfriends and her dating history. However, more information will be updated about Garcia’s personal life very soon.

The estimated net worth of the Talisa Garcia is said to be around $ 4 million USD.