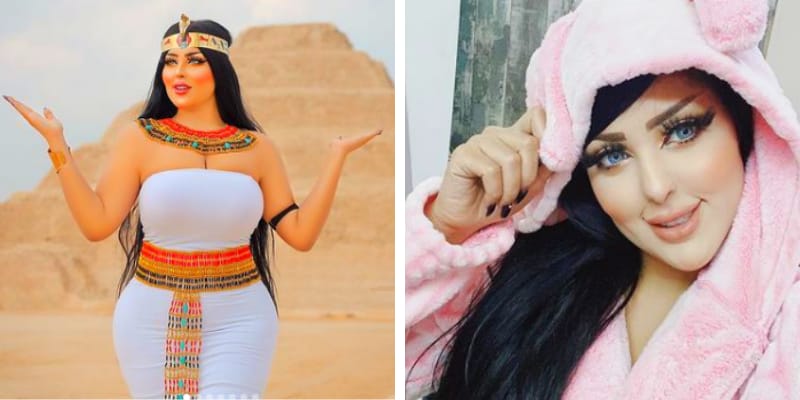 Salma Elshimy aka Salma al-Shimi is an Instagram Model, Social Media Personality, and Influencer, on Instagram she boasts 74.2k followers.

Recently, Egyptian police have detained a photographer and Salma for disrespecting the Pyramid of Djoser outside Cairo, they were arrested after a private shoot in front of the archaeological zone. 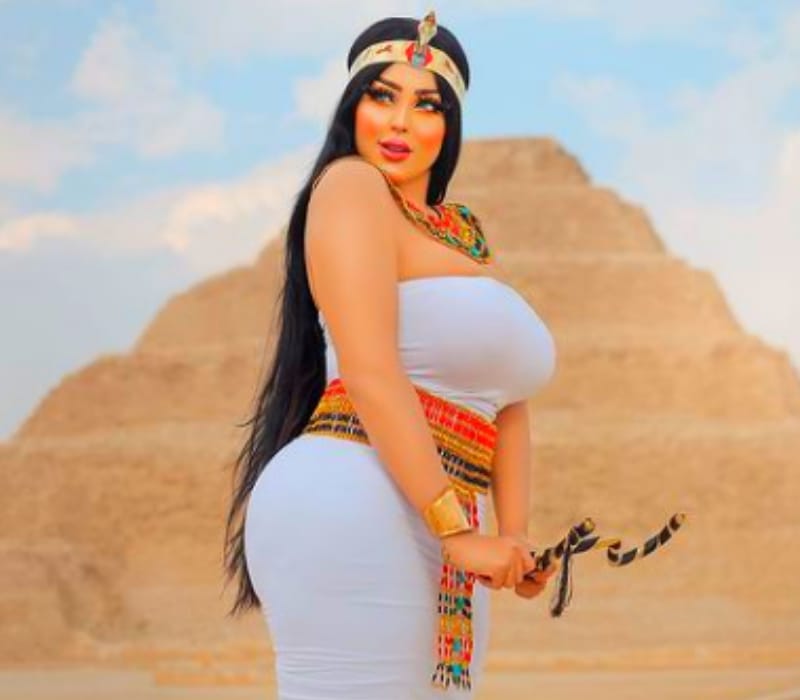 This incident took place on November 30th, 2020, according to the report Salma and her photographer arrested at the Saqqara necropolis, 20 miles south of Cairo.

According to the statement released by the official “A photographer has been arrested after a private shoot with dancer Salma al-Shimi in the archaeological zone,” and added, “case had been referred to the courts.”

Salma first uploaded an ancient Egyptian dress at the foot of the 4,700-year-old Step Pyramid of Djoser on November 27th, 2020, and captioned “Hey history writer, do not close the pages, but still in the trend.”

Since her picture went viral some of her pictures have been removed from Al-Shimi’s Instagram after sparked outrage with archeologists slamming them as disrespectful.

Furthermore, the Tourism Police at the Ministry of Interior has fired six employees who allowed the shoot to take place.

One user wrote, “Is there really a ban on taking photographs in archaeological zones, even pictures that are not indecent but completely normal?”

In recent months, several people have been arrested, in December 2018 images of a naked couple embracing at the top of the Great Pyramid of Cheops prompted a media outcry.

Salma’s friend Ahmed Ibrahim wrote on Facebook “People who attack Salami al-Shimi on the session that I did first, she is free, she did a special set for herself, a workshop that was not broadcasted, to be broadcast on satellite channels. Second, she was modeled and famous for her work, successful and a good personality, not a monster or a dance. Better than the movies that are broadcast, or the cabarets in which prostitution is overt, or that they leave the coast so that you can watch the nudes on the beaches Peaceful, I don’t have anything wrong with her, even if he made a mistake.”

Another on wrote, “Salma Al Shimi Our daughter, our sister, our beloved, and from my point of view, there is nothing wrong with Salma, his work and his naughty, there are many girls in the field, we all know that they are very bad, Salma did nothing wrong, and her clothes are free in it, and photography ideas, we never know us We haven’t heard that there is a law that criminalizes photography, in public places, they film Borno movies here, I am sorry, there is a hateful person behind what happened to them, and God saved them, and it is over, a message to my daughter Salma Continue and don’t give up, and don’t give up, and we are all with your family and friends.”