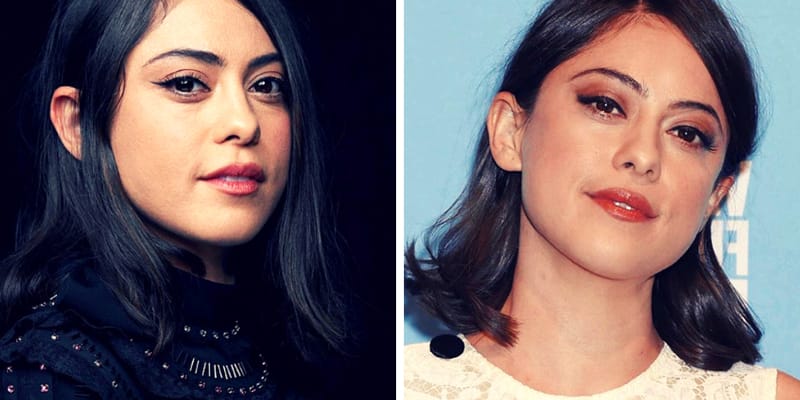 Rosa Salazar was born on July 16, 1985, in Washington D.C, USA. She is an American Model and Actress, and best know for her role in NBC series Parenthood as Zoe DeHaven.

After graduating from college Rosa Salazar focused more on Acting Career. Furthermore, at a very young age she started her acting career and when she was just 15 years old decided to become an entertainer. Before starting her career in the Entertainment field she faced many difficulties and later she got the opportunity to work with College Humor after moving to New York City. Furthermore, once again Rosa Salazar has to move to Los Angeles in 2009 and grabbed the role in “Old Friend” as a Dog Walker & it is a Web Series.

Finally, Rosa made her debut in 2011 in Television for the drama series called “Law & Order” as Yolanda. Later, after three years of hard work made her debut in a Film called Jamesy Boy in 2014 as Crystal. Apart from this also featured on Zuma Canyon Episode.

Rosa Salazar gained a lot of appreciation for the role of Brenda in the movie Maze Runner: The Schroth Trials and Maze Runner: The Death Cure. Later, also appeared in The Divergent Series: Insurgent as Lynn.

Currently, she will be featured on “Alita: Battle Angel” as Alita it is an Upcoming film and another series is ready to premiere on 2019 it is an Animation Comedy drama series called “Undone” which will be available on Amazon Prime.

How old is she? was born on July 16, 1985, in Washington D.C, USA and she is 33 years old as of 2018. There is not much information on her family but according to some news source, she was dated Isacc Hilleger. and her height is around 5 feet 4 inch and weighs around 55 kg.

Estimated Net Worth of her is about $ 5 Million USD.