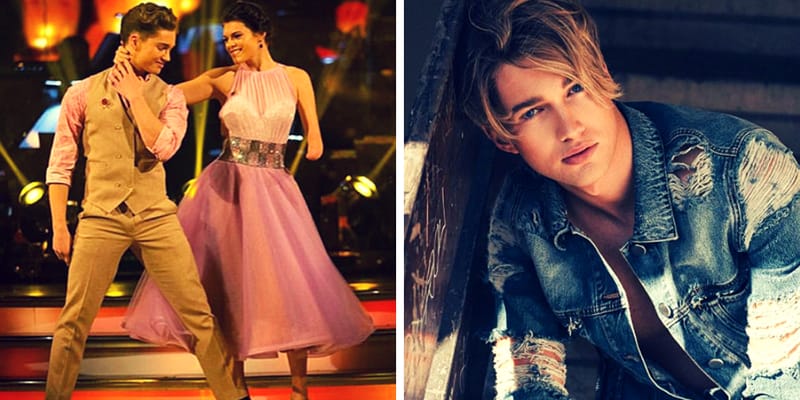 Aj Pritchard aka Alex Joseph Pritchard was born on November 5, 1994, in Stoke-on-Trent, England, United Kingdom. He is a Professional Dancer and also a Choreographer who gained fame with ‘Strictly Come Dancing’ on BBC One dance series. Recently, the Dance star and his brother Curtis were severely beaten up by eight Yobs at face and ribs in a ‘Wild West’ nightclub.

In a nightclub attack in Nantwich, Cheshire, both the brothers were brutally beaten up by some of the unknown people. When the two were posing for a selfie with their fans, there were said to be surrounded by eight yobs who beat them up. According to some witness, stated that ‘AJ was punched in the face and in his ribs’ and it was the same case with his brother Curtis. Within a few minutes of the attack, Bouncers entered into the scene and fought with the group. After having severe injuries and cuts from the attack, AJ is recovering at home. Since AJ brother, Curtis Knee was badly injured, he will have to undergo a surgery in a few days. Presently the Police have started their investigation about the case with the statements of Aj Pritchard, and Curtis.

Adrian Pritchard is the father of AJ and his Mother name is Pritchard. He has a younger brother named Curtis, who is also a dancer. AJ’s comes from a good family background where his parents have founded Pritchard’s Dance and Fitness Academy.

Pritchard began his dance career at the age of 12 years, as he was very passionate about dancing. At a young age, he won the Youth Latin Championship three times (2012-2014) by representing Britain in Dance competition. Aj has completed his graduation from England.

When Aj Pritchard was 12 years old, he was partnered with Chloe Hewitt from their dance school. He has competed in various dance competitions around the world and has also won National Youth Latin Championships. AJ and her partner have become the British Open Youth Latin Champions for their extraordinary dance performance in 2015.

In 2013, the pair gave an audition in Britain’s Got Talent and received acclaim from the judges, later they finally reached to semifinals. Aj Pritchard recently took part in BBC’s Celebrity MasterChef in September 2018, and he was also partnered with Louis Smith in the celebrity version of Haunted.

AJ Pritchard took part in Strictly Come Dancing, BBC dance show in 2016, where he was partnered with Claudia Fragapane. The pair went to semifinals and were eliminated on December 2016, where they finished in 4th Place. In the following year, he paired with Mollie King (singer) and finished at 5th place overall. In 2018, he partnered with Lauren Steadman, in the third series, where the pair were eliminated at the semi-final stage.

Aj Pritchard with paired with Mollie King on Strictly Come Dancing in 2017 and both of them performed very well. Later the pair was rumored to be having a relationship which created a huge buzz over the internet. AJ has also given some hints about his romance with Lauren Steadman, who is a partner in strictly.

The estimated net worth of AJ is approximated to be around $ 400,000 USD. The dancer is very active on the internet and gained a huge number of followers. AJ Pritchard Twitter has thousands of followers.