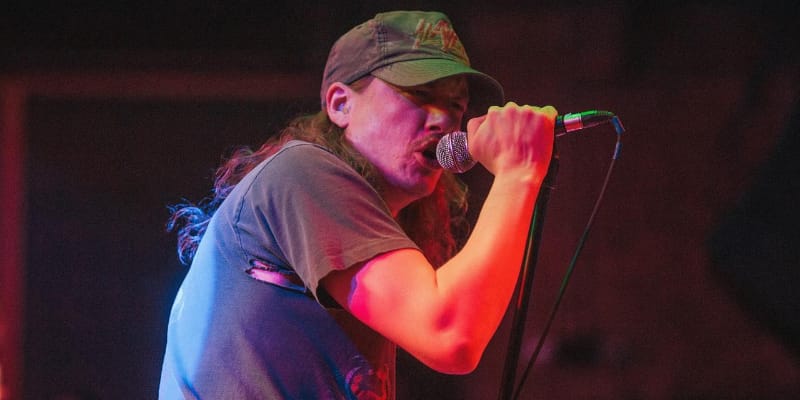 Riley Gale was 34 years old singer of the Dallas thrash metal band Power Trip, died on Monday. He was the vocalist of Austin and his death was confirmed by his family and they said he passed away on August 25th and the cause of death currently remains unknown.

Riley’s family wrote in a statement “It is with the greatest of sadness we must announce that our lead singer and brother Riley Gale passed away last night,” and “Riley was a friend, a brother, a son. Riley was both a larger than a life rock star and a humble and giving friend. He touched so many lives through his lyrics and his huge heart. He treated everyone he met as a friend and he always took care of his friends.”

Later, they added “We will celebrate Riley’s life and never forget the great works of music, charity, and love that he left behind. You, the fans, meant so much to him, please know how special you are. If you have a memory of Riley please share it, no matter how small, as we remember him.”

Many tributed the singer on Social media Machine Head’s Rob Flynn wrote on Twitter “Very sad to hear about the death of Power Trip singer Riley. Saw them open for Cannibal Corpse and they were fucking awesome. Sending positive energy to the band members and his family.”

Then, Coheed and Cambria wrote “Rest in Power, Riley Gale of Power Trip. We were looking forward to making memories together next year. Our thoughts are with you all.”

He was the singer of the Dallas thrash metal band Power Trip and he was 22 when he formed Power Trip. Earlier, he worked at an office job while going to school at the University of North Texas in Denton.

Till now, the band has released two full-lengths on the Southern Lord record label – their 2013 debut ‘Manifest Decimation’ and their critically acclaimed 2017 followup, ‘Nightmare Logic’. In 2018, they released their B-side and rarities compilation album ‘Opening Fire: 2008-2014’, and their live album, ‘Live in Seattle: 05.28.2018’, dropped earlier this year.

Furthermore, the band was in the studio working on their third record prior to Gale’s passing. Talking about the Power Trip bad they even hared the stage with acts including Ozzy Osbourne, Napalm Death, Anthrax, Five Finger Death Punch, Trivium, and many more.

Also, Riley has lent his voice Ice-T’s hardcore/thrash metal side-project Body Count, on their album ‘Carnivore’. Gale was politically outspoken. The title of Power Trip’s Nightmare Logic song “If Not Us Then Who” was inspired by the late civil rights icon John Lewis.

How old was Riley Gale? He was born in 1986 and from the USA, he was 34 years old during his time of death.