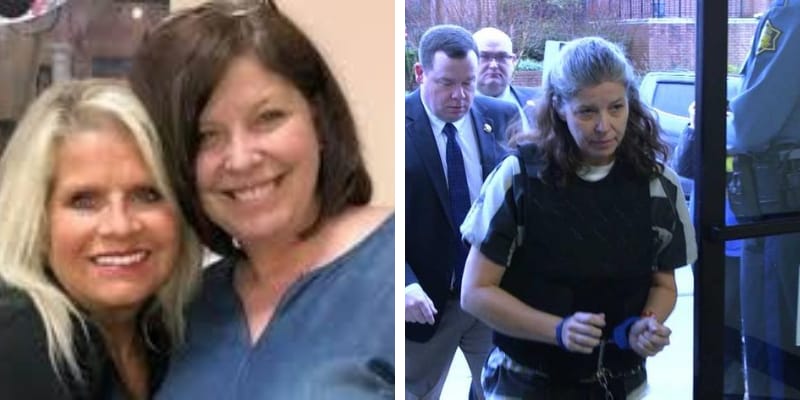 Rebecca O’ Donnell is 48 years old pleads guilty to murdering former senator Linda Collins. Linda’s body was found outside her home in Pocahontas on June 4, 2019, and she has died of stab wounds.

Last year, Rebecca was arrested on suspicion of killing former Arkansas State Senator Linda Collins, who has pleaded guilty to first-degree murder and abuse of a corpse on Thursday, i.e August 6th. Collins’ son was reportedly the one who found Collins’ body covered in maggots, under a tarp, wrapped in an old comforter.

O’Donnell told the judge “I went to Linda’s house and I intentionally killed her and then hid the body,” Rebecca who worked for Collins, was arrested 10 days later. She was sentenced to 40 years for first-degree murder and 3 years for abuse of a corpse in Randolph County.

According to the report, Rebecca was stealing money from the senator and when she was confronted about it she “snapped.” Linda Collins-Smith was a staunch Republican, realtor, and businesswoman.

Furthermore, on Thursday, O’Donnell also pleaded “No Contest” to two counts of solicitation to commit capital murder in Jackson County. She was accused of trying to hire fellow inmates to kill Collins’ ex-husband and frame it as a suicide, according to an affidavit.

Prosecutors for the state said on Thursday they have video evidence from inside the Jackson County jail of O’Donnell passing a note to an inmate and the note reportedly contained instructions on what the suicide note should say. The FBI confirmed that it was O’Donnell’s handwriting.

O’Donnell will serve a total of 50 years in prison and she will be eligible for parole. O’Donnell’s fiancé Tim Loggains — who previously defended her, saying that she and Collins were like sisters — also issued a statement.

“Initially, for various reasons, I believed with all my heart that Becky was innocent,” Loggains said, per ABC News. “No one wants to believe anyone close to them is capable of doing something so heinous.” Later, he added.

“My heart at that time would not let me believe what I later learned to be true – that Becky murdered Linda,” he continued. “That realization was one of the most difficult of my life. To accept that I lived with someone so deviant, someone who could not only take a life but the life of someone who helped her in so many ways, without any indication of the darkness in her heart, was heartbreaking.”

The statement from Collins’ family “We, the family, would like to thank the Jackson County Sheriff’s Department and the Arkansas State Police for their continued vigilance and swift response in dealing with this latest incident. We have full faith that the investigators acted on solid evidence supporting these charges and not just on a whim. We appreciate the transparency shown by all agencies involved in this matter.”

“These newest charges further cement in our minds that the police have arrested the right person. Rebecca O’Donnell’s threats are being treated very seriously but have not deterred our faith in what we are committed to, justice for Linda. Thank you all for your continued support, prayers, and well wishes.”

She was an American businesswoman and politician who served a single term from 2015 to 2019 as a Republican member of the Arkansas Senate from Pocahontas, Arkansas.

Collins-Smith was married to Philip Smith, a circuit court judge who was disgraced after a 2017 scandal.

Later, she filed for divorce that November, and they had two children and three grandchildren.

She is a married woman and Facebook, Rebecca O’Donnell made it clear that she is both a mother and grandmother. “…all 3 times were a huge charm for me:) I love my grands,” she wrote with one photo. O’Donnell’s fiancé name is Tim Loggains.