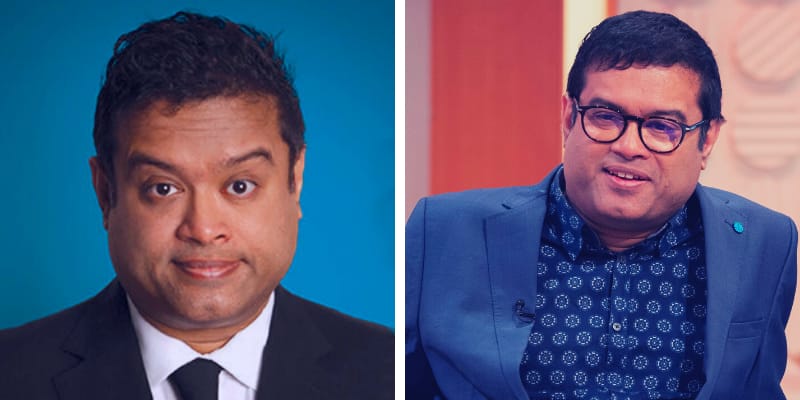 Paul Sinha aka Supriya Kumar “Paul” Sinha was born on May 28, 1970, and from Luton, Bedfordshire, England. He is a British comedian, broadcaster, and quiz player of Bengali descent. Paul is one of the professional quizzers on the ITV game show The Chase.

Moreover, he is known for Comedy Cuts (2007), Taskmaster (2015) and The Alternative Comedy Experience (2013). Recently, he revealed he has Parkinson’s disease and revealed this information on his Twitter handle Paul wrote: “I will fight this with every breath I have.”

On June 14, 2019, Paul published an article in his blog and shared vital information about his treatment. He wrote “On the evening of Thursday, May 30th, an experienced consultant neurologist calmly informed me that I had Parkinson’s disease. It was a devastating denouement to a medical odyssey that began in September 2017 with a sudden-onset, frozen right shoulder, and took in an unexpected diagnosis of Type 2 diabetes, a lifestyle transformation that enabled me to lose two stone, and a shoulder operation in January this year.”

He added “With the diagnosis now confirmed, and a treatment plan in place, I now feel far more prepared for the new challenges ahead. I have an amazing family, no strangers to serious medical illness, I’m blessed to have a fiance who is there for me, and I have a multitude of friends and colleagues whom I consider to be exceptional human beings.”

At the end of the post, he wrote “A lot of people have asked, “What can I do to help ?” The answer is to treat me the same as before.”

He started his career in Stand-up while he was at medical school and was working as a junior doctor in hospitals in London and King’s Lynn. He was one of the professional quizzers on ITV’s The Chase, in 2011 he joined the ITV quiz series The Chase as the fourth “chaser.”

His first episode was broadcast in the fourth series on 8 September 2011. In an episode aired on 6 May 2016, he appeared to have gone through the whole show without getting a question wrong.

Paul’s career breakthrough came with his second solo Edinburgh show, Saint or Sinha? which earned him an if.comeddie nomination in 2006. Later, in 2013 Sinha performed in Comedy Central’s The Alternative Comedy Experience, and in 2019 he was a contestant on the 8th series of comedy game show Taskmaster.

Additionally, he also performed many times on BBC Radio 4, on shows including The News Quiz, The Now Show, Loose Ends, 28 Acts in 28 Minutes, Shappi Talk and Just a Minute. In March 2011, Sinha presented his own Radio 4 program, Paul Sinha’s Quiz Culture, in which he explored the world of competitive quizzing.

His second documentary, The Sinha Test, aired on 14 July 2011 and examined patriotism and sporting allegiance. Then, he presented a program called The Sinha Games on BBC Radio 4 about the Olympic Games and his experience as a Londoner in July 2012.

How old is Paul Sinha? He was born on May 28, 1970, and from Luton, Bedfordshire, England and he are 49 years old as of 2019. However, there is not much information about his father, mother, and siblings.

He completed his education from Dulwich College and St George’s Hospital Medical School. Paul is a former general practitioner.

In May 2017, Sinha revealed on The Chase that he is gay and on December 16, 2019, he announced that he is married to his long-term partner Olly. The duo wed in front of 38 guests and his blog he mentioned “Olly and I had slaved over it” and also wrote, “I am having the f**king time of my life“. 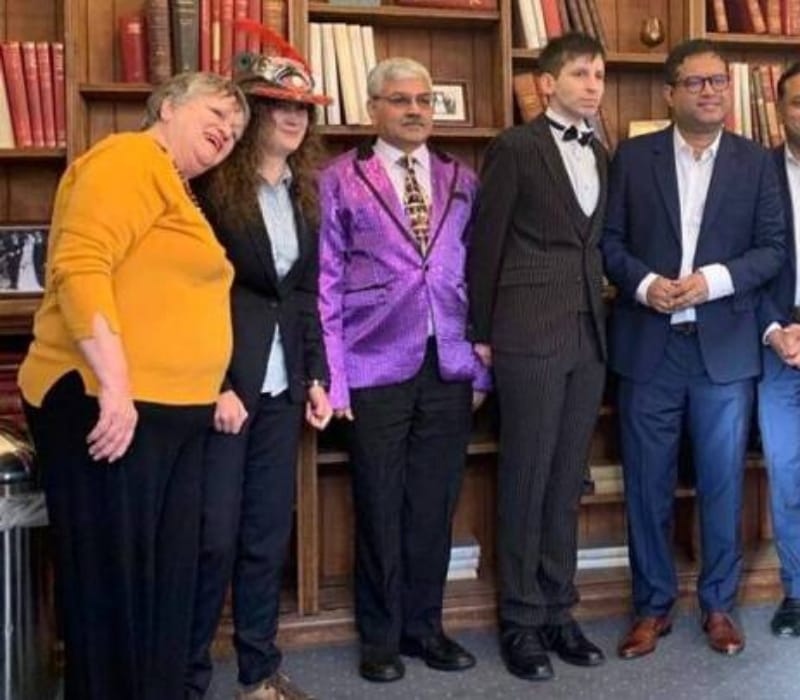 Later, he added “Anyway, the wedding was great. But the challenge was far from over. An hour after leaving the registry office, I was performing a self-written song-and-dance number to seventy-five lunch guests, delivering rhyming profiles of each guest.”

Paul ended the post with “All I thought was how lucky I was to have lived a life where my friends and family are amazing. On to married life.”