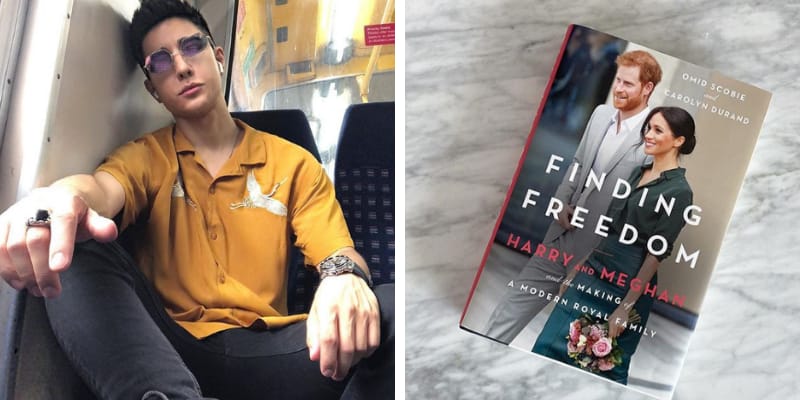 The book “Finding Freedom: Harry and Meghan and the Making of A Modern Family,” is an upcoming biography of Prince Harry and Meghan Markle, the Duke and Duchess of Sussex, written by Carolyn Durand and Omid Scobie and published by Harper Collins.

It was released on 11 August 2020. However, Meghan Markle and Prince Harry hadn’t any involvement in the book, stating ‘this book is based on the author’s own experiences as members of the royal press corps and their independent reporting.’

Furthermore, the author Omid Scobie said that he would like to correct the narrative that the media already portray for Meghan and Harry. Scobie and Durand have also blamed the monarchy for the bitterness of the Megxit row, saying it was the institution’s resistance to change and refusal to accept Harry and Meghan’s demands that led to the row over their departure from royal duties.

In an interview with BBC Radio 4, Omid told how he felt Harry and Meghan had “clearly tried to do their best to make it work’ before Megxit took place in March.”

Then, he added “They even went as far as presenting a potential roadmap for how they would navigate their roles moving forward, and ultimately it was the institution that turned back on them and told them what they had presented just wasn’t an option,” and “And so this is a couple that wanted to make it work, but ultimately I think the setup of the royal institution just isn’t built for change on that dramatic a level.”

Earlier, Omid argued Meghan’s mixed-race background had proved problematic for some within the royal household which he claimed ‘lives by hierarchy’. Co-Author Carolyn Durand also spoke on Radio 4, and said she thought the couple’s decision to step down as senior royals were made ‘in the interests of their family’.

Who is Carolyn Durand? She is a producer and writer who has spent nearly two decades working in London covering Buckingham Palace, Kensington Palace, Clarence House, and other major international events. During that time, she produced multiple interviews with members of the Royal Family including Prince Harry. She contributes to The Oprah Magazine, Elle Magazine, and other American and British news outlets.

Scobie has become an authoritative voice on the lives and philanthropic endeavors of the Royal Family’s younger members and maintains strong access to the Sussexes’ working world.

He started his career as journalistic at magazine Heat and left the job after an executive allegedly called him a “p*ki” over email. Furthermore, he was one of three journalists invited to cover Meghan’s Royal engagement.

However, there is less information about his family, but his father is a Scottish man who runs a marketing agency and his mother is an Iranian working as a child-welfare professional.