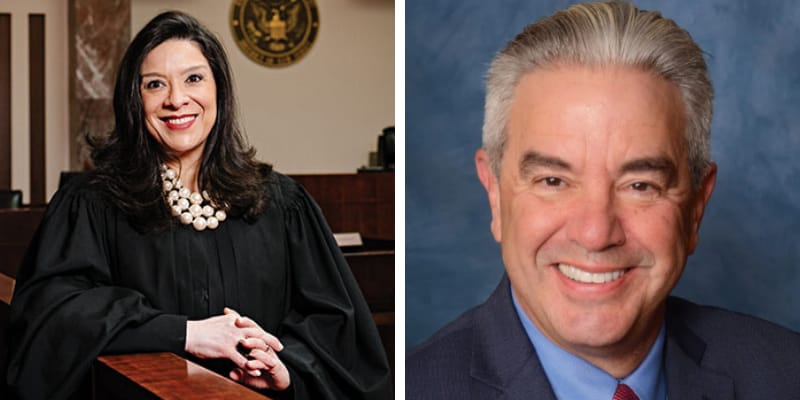 Mark Anderl is the Husband of Federal Judge Esther Salas was shot in front of the door, Mark is a criminal defense attorney and their son Daniel was also shot in the doorway of the family home in New Jersey.

Daniel, 20, was shot and killed by the same unidentified gunman at the home. But Mark is in critical condition but stable according to the source, The killer showed up at the family’s home clad in a Fed-Ex uniform and Judge Esther Salas was not injured because she was in the basement at the time of the shooting.

This incident occurred on July 19th when the shooter showed up at the judge’s home in North Brunswick around 5 p.m and Mark answered the door and was shot “multiple times.” Then, their son Daniel came to see what was going on and was also shot who is now dead.

However, there are conflicting reports about who opened the door first, father or son, some reports say Daniel opened the door and was immediately shot and he was Catholic University freshman.

Mark is a prominent Criminal Defense Attorney and 63 years old husband of Federal Judge Esther Salas. He is a lawyer with the New Jersey law firm of Anderl & Oakley, P.C.

Furthermore, the practices in the areas of “State and Federal Criminal Defense Juvenile Delinquency DWI/Municipal Court.” Mark has received his education from Brooklyn Law School and Northeastern University and was admitted to the New Jersey bar in 1985.

According to his website, he is certified by the Supreme Court of New Jersey as a Criminal Trial Attorney, 1997 to present Over 250 Criminal Jury Trials Anderl & Oakley, P.C., partner, 1997 to present.

Mark Anderl has office locations in Princeton and Perth Amboy, New Jersey. Certified by the Supreme Court of New Jersey as a Criminal Trial Attorney and possessing more than 36 years of legal experience.

Also, he represents the rights and liberties of clients throughout the state who stand accused of any type of felony or misdemeanor offense. Furthermore, for 10 years he has worked as an assistant prosecutor in the Essex County Prosecutor’s Office.

They shared a son named Daniel (passed away) on July 19th, 2020 after an assailant dressed as a FedEx employee shot Anderl and Daniel in their New Jersey home, killing Daniel and leaving Anderl in critical but stable condition.