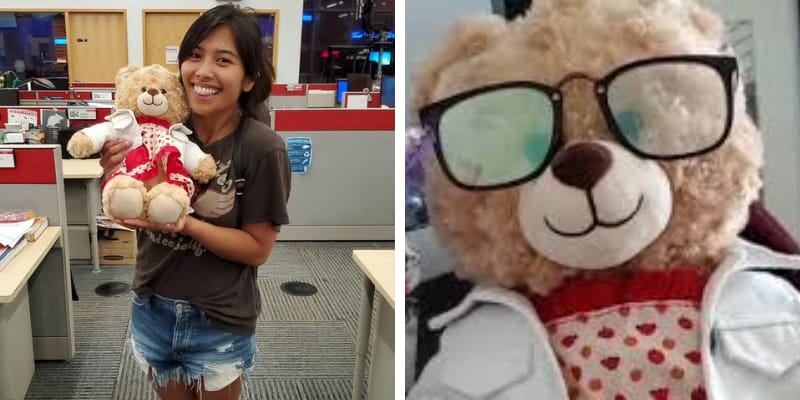 Mara Soriano is a Vancouver artist and her teddy bear containing a voice message of her deceased mother has been found thanks to a celebrity appeal.

It was stolen from its location near a U-Haul van and its a Build-a-Bear played an audio message from Soriano’s dead mother, “I love you, I’m proud of you, I’ll always be with you.” 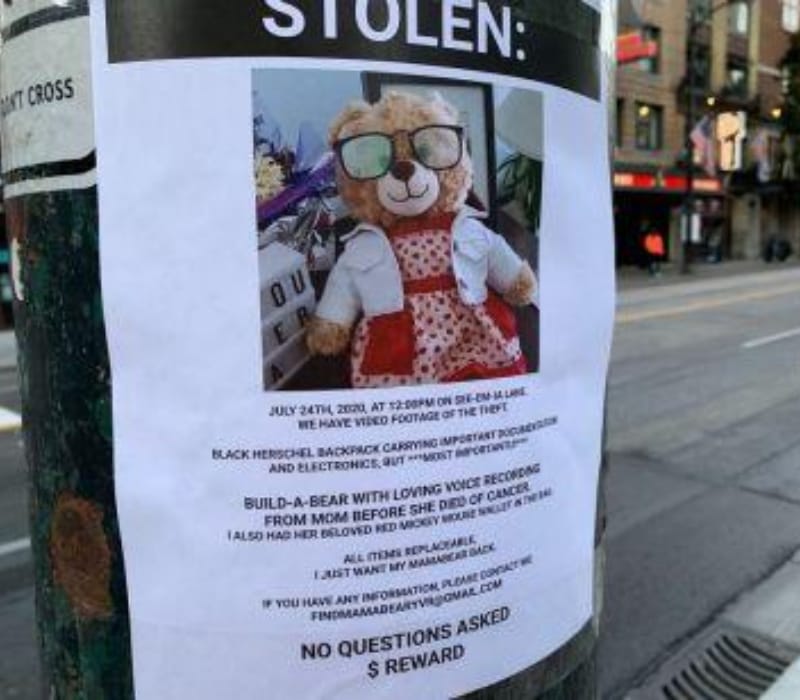 According to the report, the bear was stolen from a bag found near a U-Haul van during a move. Furthermore, Mara confirmed the good news of the bear’s return on Twitter on July 29, writing BREAK OUT THE @AviationGin, @VancityReynolds !!! MAMABEAR IS HOME!!! #FOUNDMARASBEAR.”

BBC Reported that Mara Soriano’s bear was inside a backpack which was stolen while she was moving home in Vancouver, Canada. The bear had a button that allowed Ms. Soriano to hear the voice of her mother, who died of cancer last year.

Soriano shared a video on her Social Media account after she was reunited with her bear, which she said was returned “without a scratch.”

A teddy bear carrying the audio of a dying mother's final message to her daughter has been safely reunited with its owner. Mara Soriano played the recording after getting the bear back on Tuesday. https://t.co/NKsxkjkfLR pic.twitter.com/DfyuzVbtUs

Later, she said that “She’s in perfect condition … she doesn’t have her signature glasses, but I’m hoping that we’ll get another pair somehow,” Soriano says before pressing the bear’s paw to play the recording made by her mother before she died.

After she lost her bear her Twitter appeal gained support from celebrities including actor Ryan Reynolds who offered a $5,000 (£3,881) reward for the bear’s return. George Stroumboulopoulos who is a Canadian TV presenter he would match Reynolds’s reward. 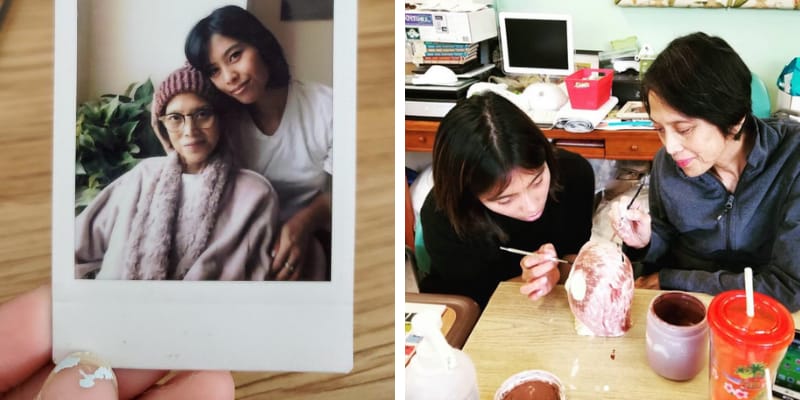 What’s the Voice message in the Stolen Toy Bear?

The voice of Soriano’s late mother says, “Hi, Ate Mara, I love you very much – always remember that. You make mommy so proud. No matter where you are, a part of me will always be with you forever. I love you to infinity and beyond.” 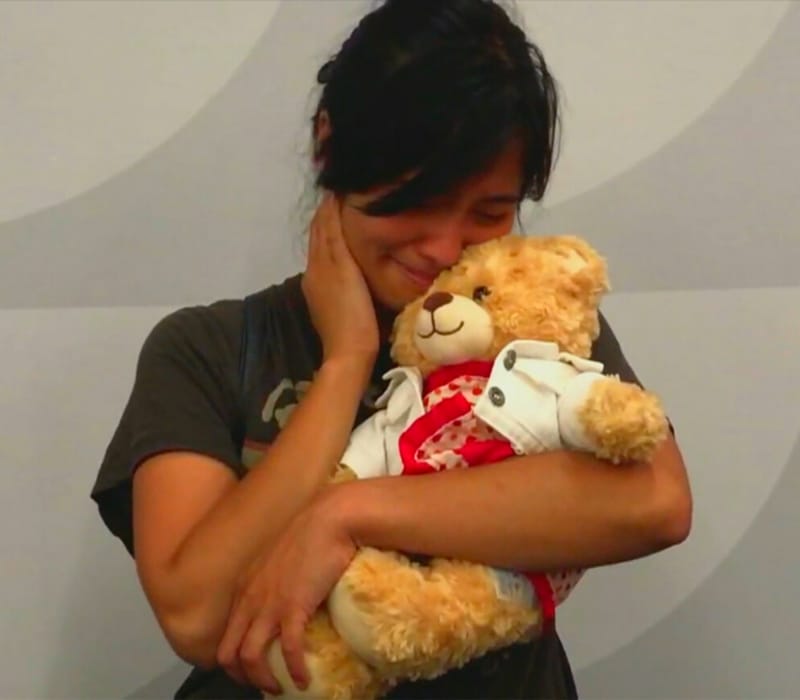 Deadpool actor and fellow Canadian Ryan Reynolds responded to the video with the message, “Well, I’m a complete mess now. Thank you for that.”

Well, I’m a complete mess now. Thank you for that.

Earlier, Ryan pledged $5,000 for the bear’s safe return, he wrote “Vancouver: $5,000 to anyone who returns this bear to Mara. Zero questions asked. I think we all need this bear to come home.”

Vancouver: $5,000 to anyone who returns this bear to Mara. Zero questions asked. I think we all need this bear to come home. https://t.co/L4teoxoY50

Mara Soriano is desperately seeking this teddy bear stolen in Vancouver's West End. It has a final message from her mother, Marilyn, who died of cancer in 2019. Mara shared this video with @cbcnewsbc pic.twitter.com/GJYLu7QjK1

Ms. Soriano said her mum was diagnosed with cancer in 2010. For seven years, her condition appeared to be stable, but in 2018, “she just kept getting sicker and sicker”. In December 2017, Ms. Soriano’s mother gave her the bear as a gift.

Where Ms. Soriano, who came to Canada from the Philippines as a child, “the bear was the last reminder of the mum I grew up with, before she became my mum with cancer”, she told the Canadian Press.

Who is Mara Soriano?

On Twitter, she describer herself as “storyboard artist from the great white north and the ghost of Amy Winehouse’s beehive hair.”

She started her career as Events Team Lead at Sheridan and served there from August 2013 to April 2014, then she joined Guru Studio as Character Design Intern and worked there for 4 months.

Later, for seven months Mara served as Layout Artist at DHX Media. Then, in 2016 she joined Titmouse as Scene Setup Artist, in 2017 joined Rainmaker Entertainment Inc as Storyboard Artist, and then got promoted to Senior Storyboard Artist.

Mara is engaged and on July 31, she wrote “Here’s a picture of me and my fiancé the night we retrieved Mamabear. He refused to leave my side this whole time and he’s taken the brunt of all the moving chores and unpacking while I was out searching for Mamabear. Appreciate you, future husband!.”

Here's a picture of me and my fiancé the night we retrieved Mamabear. He refused to leave my side this whole time and he's taken the brunt of all the moving chores and unpacking while I was out searching for Mamabear. ♥️ Appreciate you, future husband! pic.twitter.com/xhjvRbJKZv