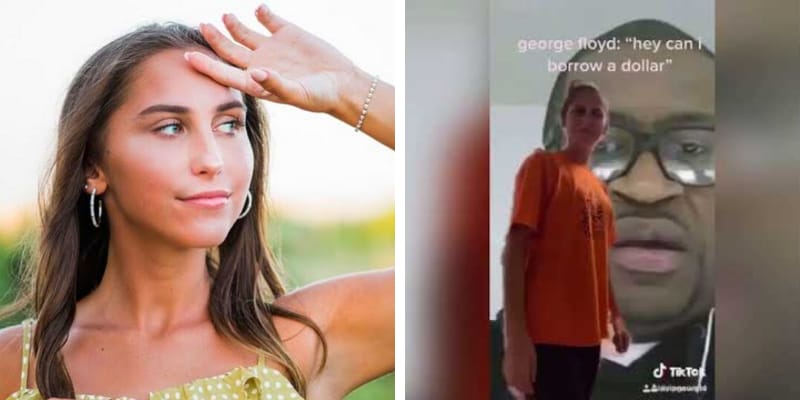 Lauren Swist is a high school junior and cheerleader at Socastee High School in Myrtle Beach, South Carolina. Curently, she’s facing backlash after filming herself and pretending to whip George Floyd in a now-deleted TikTok video.

The TikTok video she uploaded shows that Swist pretended to whip George Floyd and lip-synced a racist slur in a since-deleted TikTok. 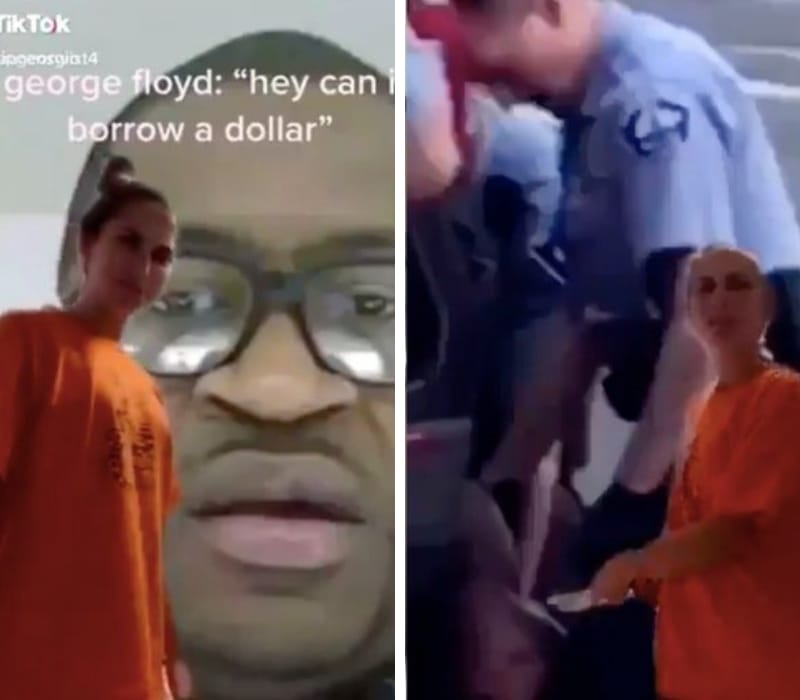 Who is Lauren Swist?

On December 18, 2020, she uploaded a video on the TikTok account, in the video Lauren pretended to whip George Floyd and lip-synced a racist slur in a since-deleted TikTok.

Her video captioned “George Floyd: ‘hey can I borrow a dollar,’” where pretends in the TikTok to whip the restrained man while lip-syncing the N-word during a verse from Klondike Blonde’s 2018 single Drip.

Before the video was taken down it has gained over 40,000 views. However, Lauren apologized for her actions on Snapchat and in the post, she wrote “I sent it to one person who I trusted and they took it too far by sending it to someone they knew would share it out of spite for being angry at me and wanting to hurt me.”

Later, she added the video was “taken out of context,” according to the screenshot. Swist then concluded the statement “If you know me personally I am not racist although it blatently [sic] sounds that way and I would never want to hurt people like this.”

Her Socastee High School also announced the investigation, on December 23rd the High School tweeted “Socastee High School is aware of a recent racially-offensive social media post made by one of our students. We were disappointed, shocked, and deeply saddened by the images and language used in the post, and it does not represent the values of our school.”

Then, added “The school district is investigating the matter and will take appropriate disciplinary actions. Socastee High School is committed to championing diversity, cultural awareness, civic pride while providing a nurturing environment for our students and staff.”

One Twitter user wrote “imagine Gianna Floyd growing up to see Lauren Swist and other disgusting people like her mocking the death of your father! that’s appalling babes! honestly makes me wanna throw up, how gross of anyone to show any concern for her… really.”

Also added “to the babes who are sympathizers for Lauren Swist and are pleading with me to take her ‘mental health’ into consideration… Ummm what about George Floyd’s family’s mental health. you know he has a little daughter right?.”

On December 20, another person wrote “@SocasteeHS why is your student Lauren Swist posting racially offensive content online? Does this reflect the culture and values of your school? What consequences will she face?.”