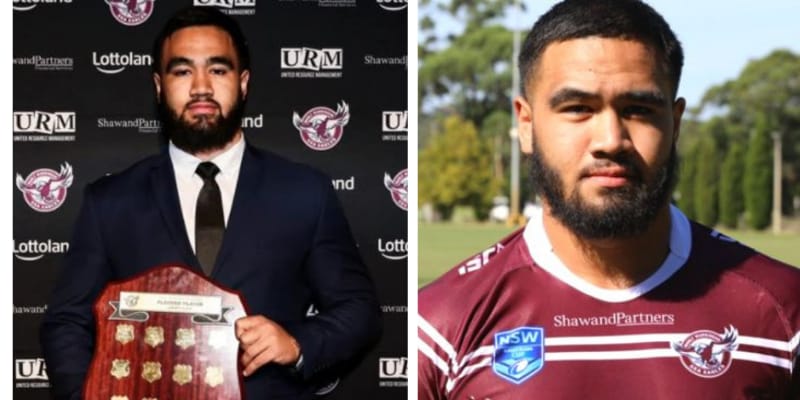 Keith Titmuss was 20 years old and part of Manly’s full-time NRL squad passed away on Monday, he was rushed to hospital in an ambulance after falling ill at training but he died away a short time later.

His death has rocked his family members and freinds, The Manly Warringah Sea Eagles are in mourning following the sudden death of one of the club’s rising stars, Keith Titmuss.

According to the report, Keith and he had previously complained about body cramps coming off from the non-contact, mid-range training session.

Furthermore, Keith was said to be conscious when he left the session in the ambulance, before requesting an ambulance the club called a doctor to the scene, later he was transported to Northern Beaches Hospital and transferred to Royal North Shore Hospital, where he died.

Stephen Humphreys who is the Manly chief executive said “In shock” and unaware of any underlying medical conditions that may have contributed to the player’s death.”

Then, he added “We are also without answers about what has happened,” and “I wasn’t present when it happened, but I am on my way to the hospital, Des (Hasler, Sea Eagles coach) is there now, so we might find out more then.”

Later, he concluded the statement “Keith was a very popular character among the playing group, he will be sorely missed but never forgotten by the Sea Eagles.”

At the age of 17, he scored the match-winning try under-20s grand final at ANZ Stadium. Then, in 2019, Keith won the club’s players’ player award in Jersey Flegg Cup.

However, he had yet to make his National Rugby League (NRL) debut but was in his side’s 30-man squad for next season.