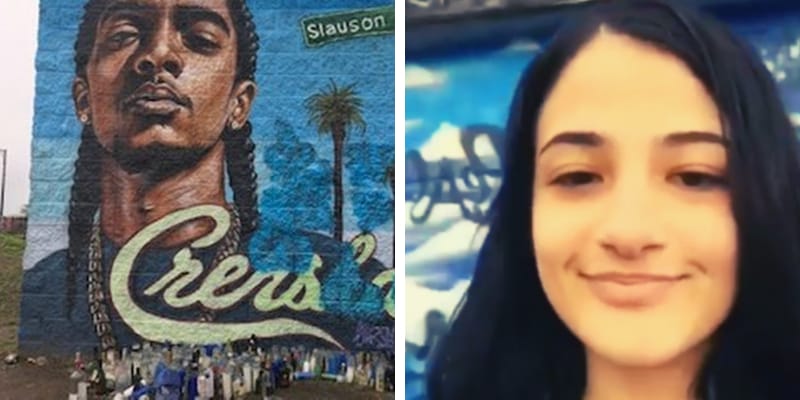 Kaitlyn Kay Kay Renee is 23 years old from Connecticut, USA. Recently, fans of Nipsey Hussle have come together after a clip went Viral on Social media in which Kay Kay destroyed a Hussle Mural in Connecticut.

However, in the video, she putting the letters “SK” over the mural and later she painted what appeared to be cherries and penises. In fact, the local members of the Crips gang have commissioned the artwork as a symbol of their support for the deceased rapper. 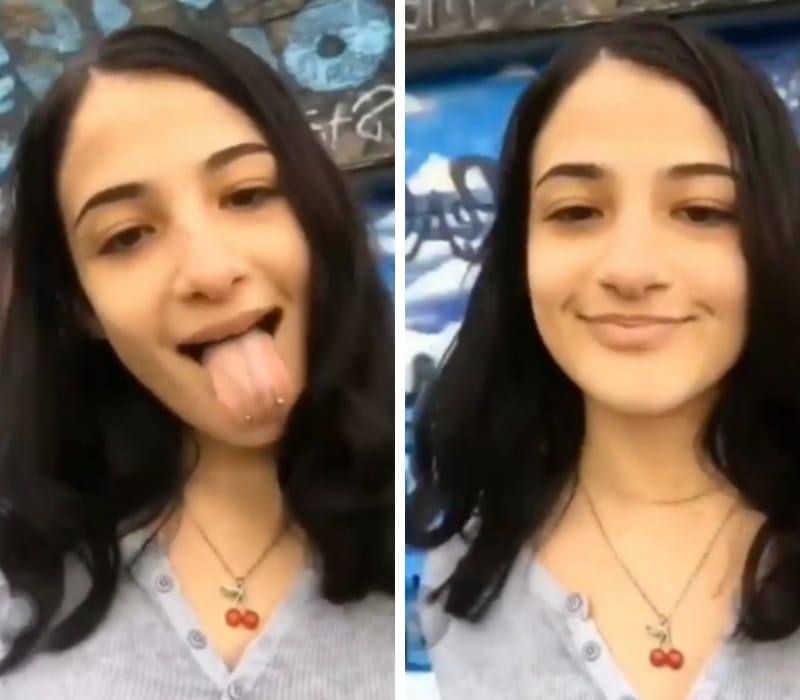 Later, a passerby posted the video on social media to shame her and it received 1million Views in a short time. In the video, she turns to the camera and tells the people to add her on Facebook while she takes selfies in front of gathering a crowd.

In the video, one man shouts at her not to paint over Nipsey Hussle’s face. In April 2019, Nipsey mural had been created by Corey Pane who is a Local Artist at Hartford’s Heaven Park. Corey Pane told that in an Interview with the Newspaper “I always respected him more as a person than even his music and I just wanted to honor that.”

Later, Kay Kay was criticized for her act and she defended her actions by saying: “Y’all really mad. I ain’t boutta argue with none of all of you over some PAINTING. Do you know how much dope sh*t in heaven park gets painted over? Oh alright then hop off. Yah Boutta ‘kill’ me over a painting. That sh*t is hilarious.”

On April 28, all the community activists in Hartford came to repair the Hussle’s mural. Lee Benton was one of the members involved in repairing the paint and told that “Nipsey didn’t just mean a lot to my community but to all urban communities around America. He preached black excellence, change and he empowered every person around every hood to find their purpose. A person like that should be celebrated forever in my opinion”.

How old is Kaitlyn Kay Kay Renee? she is 23 years old and from Connecticut, USA. Furthermore, she is the mother of Baby Girl and there is not much information about her father, mother, and Husband.

Anyway, this pic is floating around on Twitter & IG, ppl r saying it was 4 clout. Shawty in blue said don’t get his face, you can get over there & didn’t stop her… What do you think? #NipseyHussle #mural #Hartford #hophop #rap #EntertainmentNews pic.twitter.com/peOIBJciNv

Moreover, one of the Twitter users had pointed out that another woman who was recording the Kay Kay was wearing the same graffiti tag that she used.

Also Read: Eric Holder has been accused of the murder of Nipsey Hussle.