Justine Skye aka Justine Indira Skyers was born on August 24, 1995, in Fort Greene, Brooklyn, New York, USA. Justine Skye is an American Singer, Model, actress and songwriter who is known for having made a cover about ‘Headlines’ by Drake which has received more than 2 million views.

Recently, the singer has accused ‘Mo Bamba’ star Sheck Wes for physically abusing her. After the Abuse allegations from Justine, Sheck was dropped from major league soccer ad campaign, as confirmed from the MLS spokesman in ‘Ad Week’. MLS spokesman stated on February 12, that, “In the light of the recent news regarding Wes, he is no longer part of the campaign.”  Moreover, Skye publicly accused the young rapper, Sheck on February 11, 2019, after her interview on ‘The Breakfast Club’ which led to the identity of the culprit in her song ‘Build’. 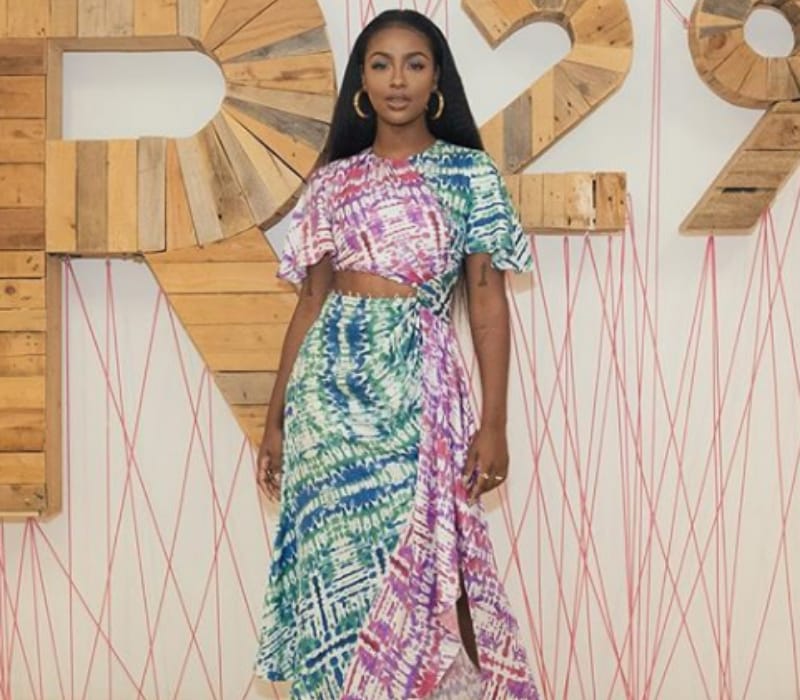 Moreover, the model also wrote on Twitter stating, “Taking a walk with my friends, Sheck and his friends decide to STALK US and also attacked my friends.” However, Wes has denied the allegations and also proclaimed his innocence via social media. He also stated that he never hit any woman at all… and requested to leave him out of all of this. His management team has also released a statement on his behalf and are said to be investigating the allegations against the rapper.

Skye is the daughter of Nova Perry (mother) who is a music attorney and Christopher Skyers (father). The singer is known to have homeschooled. Moreover, there is very limited information available about Justine’s early life and will be updated shortly.

The professional singing career of Skye started after the singer performed songs to go with the book ‘Rules To Rock By’. She became more popular after making her cover about “Headlines” by Drake which received more than 2 million views on YouTube. In 2013, she landed a deal with Atlantic records after her debut EP, Everyday Living. In 2015, she released her another album titled ‘Emotionally Unavailable’. Later she also made her television appearance in the final episode of House of DVF, an American reality TV series. In 2016, she signed with Republic Records and Roc Nation and released her EP ‘8 Ounces’ featuring Wale.

During 2017, Justine Skye was rumored of having a relationship with the Formula One Racing Driver, Lewis Hamilton, and was later said to be dating with Justise Winslow (basketball player). However, as the previous affairs were broken up, she was also been sparked dating rumor with the rapper, Wizkid and the pair also shared some of their pics together on social media. According to the latest sources, Skye presently seems to be single after her split with the rapper, Sheck Wes.