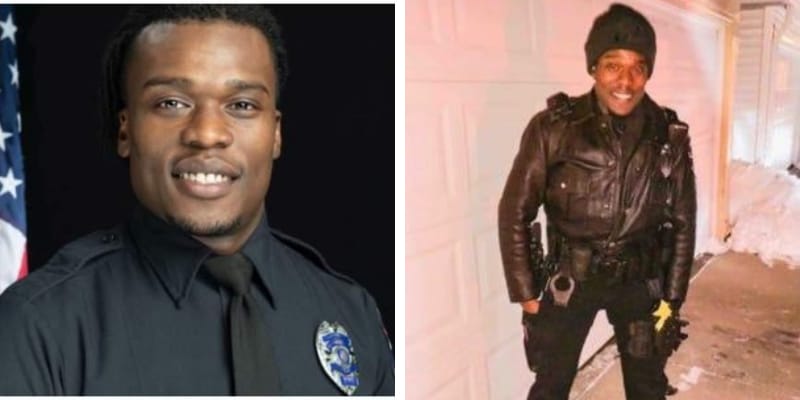 Joseph Mensah is a Police Officer who has been the focal point of controversy over three fatal on-duty shootings, says protesters assaulted, punched, tried to kill, and shot at him and his girlfriend at her house on Saturday night, August 8.

On Saturday, the police said he was physically assaulted outside of his girlfriend’s home. Around 50 to 60 people were gathered outside of the home and began to vandalize it. However, Joseph attempted to talk to the protesters who were damaging the property but he was unsuccessful.

Furthermore, the people were chanting “Black Lives Matter” during the incident. On August 9th, he wrote on Facebook.

“Last night, protesters came to my girlfriend’s house while I was there, and tried to kill me. I was unarmed and tried to defend my property and the property of my girlfriend. We were both assaulted, punched, and ultimately shot at several times. A shotgun round missed me by inches. Not once did I ever swing back or reciprocate any of the hate that was being directed at me. I am all for peaceful protests, even against me, but this was anything but peaceful. They threw toilet paper in her trees, broke her windows, and again, shot at both of us as they were trying to kill me.”

Earlier, on July 25th Joseph wrote on Facebook “If black lives matter, which I wholeheartedly do believe, then the lives of all of the black men and women in law enforcement matter just as much. Our uniforms may be blue but our skin is just as black and our heritage is just as rich. We swore an oath to the public but that oath also extends to our families and loved ones which we will fight to go home to each and every day. Not a single march, protest, lawyer, or threat can change the fact that in the eyes of God, our lives are just as important.”

Joseph Mensah was suspended with pay in June after shooting and killing three people while on duty in the last five years. Milwaukee County District Attorney, John Chisholm found the first two shootings to be justified self-defense but still reviewing the third shooting, of Alvin Cole, 17, outside a major shopping mall, Mayfair, which occurred in February.

However, the police said in all three cases the people shot were armed.

GoFundMe page for Officer Mensah has raised more than $71,077 raised of $50,000 goal and it was organized by his brother.

The page reads “I am Christopher Mensah–brother of Wauwatosa Police Officer, Joseph Anthony Mensah. Although we have received ample support from the Wauwatosa Police Department, Joseph has had to overcome the dissemination of false information about his personal life, slander, and defamation from multiple sources. Joseph has been treated unfairly and unjustly by mob mentality and anti-police rhetoric. The Mensah family has full confidence in the attorney paid for by the WPOA, who is currently representing Joseph during the proceedings with the Wauwatosa Police and Fire Commission. We are raising funds to pay for legal counsel to explore and take legal action against those that have unjustly accused him of wrongdoing, interfered with his ability to receive due process, and wrongly besmirched his character and integrity.”

“Joseph is a well-known, respected, and decorated Police Officer, who has placed the public’s safety and trust before his own. His service to the community began in 2009 when he first joined law enforcement as a volunteer Reserve Police Officer, serving the same city that has now unjustly suspended him. In regards to the officer-involved shootings associated with Joseph from 2015 and 2016, investigations were conducted by the Wauwatosa Police Dept., Milwaukee Police Dept., Milwaukee County District Attorney’s Office, and the United States Attorney’s Office.”

“In both of those investigations, it was determined that Joseph’s actions were justified, and he did not violate any laws or department policies/procedures. The Mensah family plans to fight all the inaccurate dissemination of information and defamation of character which has been made. This will allow Joseph to clear his name so that he can be able to continue doing what he loves the most, and that is serving the community.”