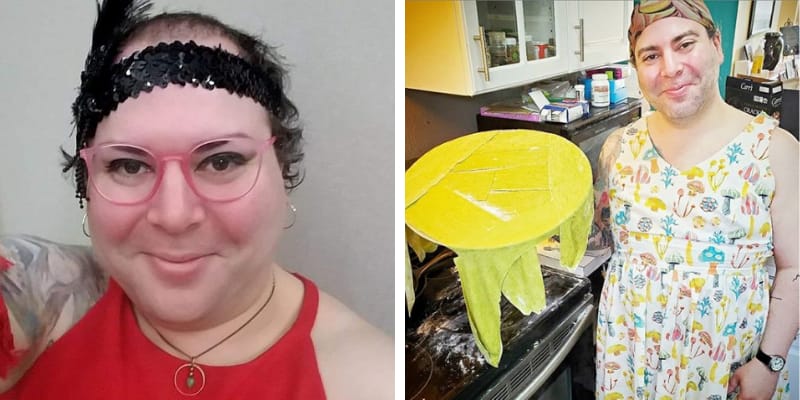 On August 8th, he was slammed on Twitter after she posted a Kroger employee’s photo and his name on social media.

On Twitter, she wrote about a woman who wasn’t wearing a mask and even complained to the manager, but Daniella shared the complaint online and also the manager’s photo and name.

However, this backfired on Twitter, on August 8th she wrote on Twitter, “I was just threatened w/assault at @kroger in Louisville because I asked another customer to wear a mask, and she refused. I reported it to a manager, who found her and talked to her but refused to do anything more. His name is Andy, and he does not want Twitter to know that.”

I was just threatened w/assault at @kroger in Louisville because I asked another customer to wear a mask, and she refused.

I reported it to a manager, who found her and talked to her, but refused to do anything more.

His name is Andy, and he does not want Twitter to know that. pic.twitter.com/pATepOuSeJ

Since then, many took to Twitter and saying that Manager Andy was trying to do his job and her attempt at canceling him could cost him his livelihood. One user wrote “People who refuse to wear a mask are utter trash, but so are blue checks who use their social media platforms to harass minimum wage-earning employees. Leave Andy alone, checkmark.”

During the time of writing $18,790 raised of $5,000 goal. The page reads “Andy is a manager at Kroger. Like myself, he has been publicly shamed at his work. The gofundme that I received after my ordeal changed my life and afforded me an epic (and needed) vaca. Let’s do the same for Andy!.” Tori Target is organizing this fundraiser.

According to her website, she has extensive speaking, writing, and activism experience in areas ranging from separation of religion and government to women’s rights, LGBTQ civil rights, animal welfare and vegetarianism, abortion access, science education, and many other topics of progressive political and social interest.

She founded the website FreeFiona.com, a campaign for the release of Fiona Apple’s allegedly shelved third album, “Extraordinary Machine.” The campaign was a success and the album was released on October 4th, 2005, debuting at #7 on Billboard, later earning RIAA “Gold” certification, and being nominated for a Grammy Award. The book “Citizen Marketers” by mega-bloggers Ben McConnell & Jackie Huba describes the campaign strategy in more detail.

Also, Danielle is a board member of MU SASHA, and she writes for the University of Missouri Skeptics, Atheists, Secular Humanists, & Agnostics blog at MUSASHA.org.

Talking about her education she attended Univesity of Missouri-Columbia and graduated with Dual BA, Economics, Anthropology, Minor in Philosophy, and Minor in Latin.