Heidi O’Ferrall was born on April 1, 1988, and from Dallas, Texas, USA. She is an Award-winning cosplayer, Youtuber, costume designer, and Model. Moreover, she is the wife of YouTube gamer ProJared aka Jared Knabenbauer.

Recently, Heidi accused her husband of cheating on her with mistress Holly Conrad. She tweeted and revealed that her husband was having a relationship with Holly Conrad On May 9, 2019. This allegation came after when ProJared had tweeted that the couple was filing for divorce despite his efforts to make their marriage work.

On May 2019, Heidi tweeted and wrote that “In recently learned that my husband @ProJared has been fucking @HollyConrad behind my back for months. I have no idea what announcement he just made because he blocked me”.

Later, she also said that “I have proof. Explicit conversations and photographs of their relationship, which he extensively lied to me about on many occasions. He was promising me that he was committed to our relationship at the time, and promising her he was breaking up with me.”

Earlier, on May 8 ProJared tweeted and posted a picture. “I know this may come as surprising and upsetting for many of you, but know what we do this so that we may both seek happiness for ourselves. During this time you may see a lot of rumors, speculation, and gossip going around. I ask that you make your own observations and come to your own conclusions”

” will add that this decision was reached after extensive therapy on my part and couples therapy on my part and couples therapy together. With that said, this is all I plan on stating publically regarding this matter. Heidi’s privacy, mental wellbeing, and discretion has always been and will remain my highest priority through all of this. It is my hope that we can both exit this marriage with style and grace. I plan on continuing to do everything I can on my part to make this happen”.

However, Heidi tweeted that “He told his friends a version of events that omits his infidelity and portrays me as an aggressive and unreasonable person. As though I’m randomly angry and upset all the time, for no reason at all.
It’s because he’s abusing me.”

On the other hand, Holly Conrad replied to her allegation and wrote a short statement “some s*** it going down on the internet” and also referred her statement as “hyperbolic statement.” A statement that Conrad said was being used to “demonize strangers.” Conrad added, “This isn’t anyone’s business but theirs.” The statement ends with Conrad saying that she only wants “the best happiness for those around me” and that she would “never hurt anyone.” Conrad signs off by saying that she will be leaving Twitter for a time.

How old is Heidi O’Ferrall? was born on April 1, 1988, and from Dallas, Texas, the USA and she is 32 years old as of 2019. Furthermore, there is not much information available about her father, mother, and siblings.

Heidi completed her education from the University of Texas at Arlington in 2015 and graduated with a Bachelor of Fine Arts in Theatrical Technology and Design. Later, she interned at God Save the Queen Fashions.

Heidi and ProJared dated and married in June 2014. She is is the owner of Forest Girl Clothing in Bothell, Washington. Earlier, her class project in which she made a space-warrior princess armor and was covered Arlington’s student newspaper in May 2013. According to her website, she is an award-winning cosplayer, designer and artist based in Los Angeles. 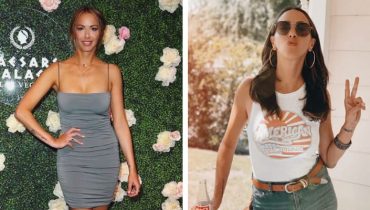 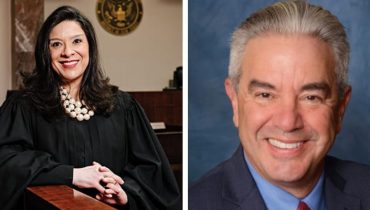