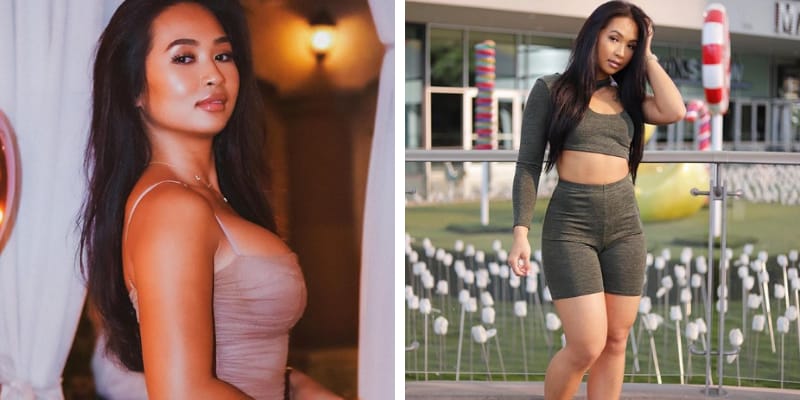 Gina Huynh was born in 1992 and from LA, USA. She is a Model, Instagram Influencer, Fitness Freak, and mother of one daughter, Gina is Vietnamese and Black.

Currently, she is rumored to be dating Chris Brown and the duo was seen holding hands on the set of his music video for “city girls” and the social media went viral after discovering that Gina and Chris are dating each other. 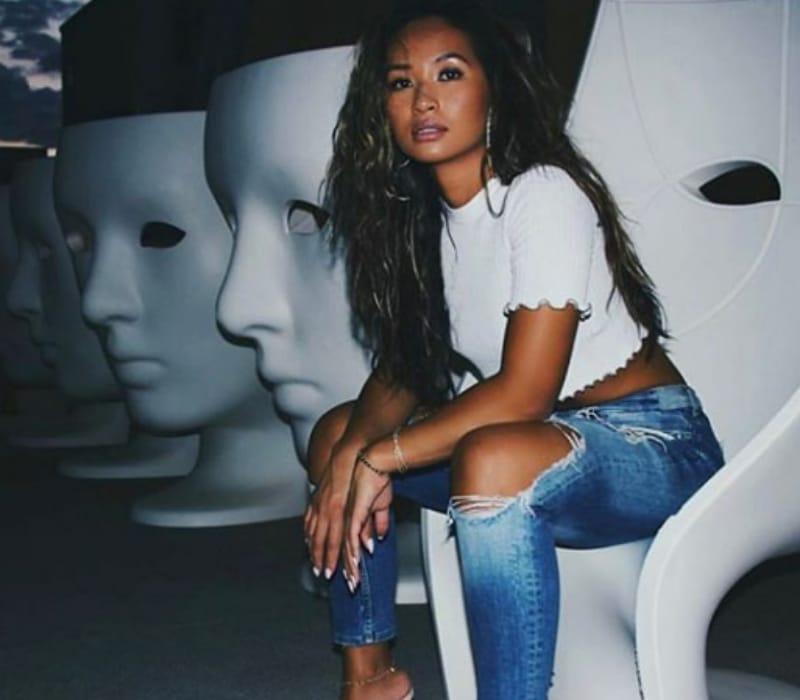 The picture in which Gina and Chirs went viral on social media, She is dressed up in a cropped tracksuit set and Chris Wered a fedora hat with a suit, then Gina was carrying a Saint Laurent crocodile handbag.

Earlier, she was linked with Rapper, Diddy and now she is rumored to be dating Chris Brown, where Chris and Diddy collaborated together on a song in the past titled ‘Yesterday’ back in 2010. To prove her relationship with Rapper Diddy, Gina shared a video of them cuddling.

However, Gina never came forward to address her relationship with Chirs, neither Chris Brown.

Besides this, Chris and his ex-girlfriend Ammika Harris unfollowed each other on Instagram, now Chris only follow his six-year-old daughter Royalty Brown, whom he shares with Nia Guzman.

Ammika and Chris also share a son named Aeko, now Ammika has taken her son to Germany and remained there since.

Hollywoodlife reported that “Chris and Ammika unfollowed each other on social media but it won’t last long,” and added “Their relationship is complicated but who could blame them? They have their ups and downs just like everybody else, plus they’re living under a microscope with the added pressure of being on different continents.”

Later, the publication wrote “Not being able to see each other in person and spend real time together, all while being quarantined would make anybody frustrated,” and “They have so much going on and they’ve been making the best of it after not being together and Chris not seeing his son in person for six months now. They’ll be fine and it’s really not a big deal. They’ll likely be flirting on social media again in no time.”

Who is Gina Huynh?

Gina is an LA-based Model and has 30.7k followers on Instagram and her bio reads “Model, Fitness, Beauty, & Fashion.”

She is Vietnamese and Black, Gina also a mother of 8 years old daughter named JayVianna.

On August 27th, Gina shared a picture of her daughter and wrote “Happy 8th Birthday to the sweetest little girl I know. I tell you all the time how proud I am to have a daughter who’s so caring, and well mannered like you. Your heart is pure gold. You are the light wherever you go. I love you JayVianna. I hope you loved your unicorn photoshoot!.”

Furthermore, she loves to travel and her Instagram account filled up with her Bikini pictures and usually posts snaps of various beaches across the world.

Talk about her family and education, there is very little information.

Currently, she is rumored to be dating Chris Brown, also she has a daughter named JayVianna who is 8 years old.

However, Gina never revealed who is the biological father of Jay.

Previously, she was linked with Rapper Diddy in 2019.