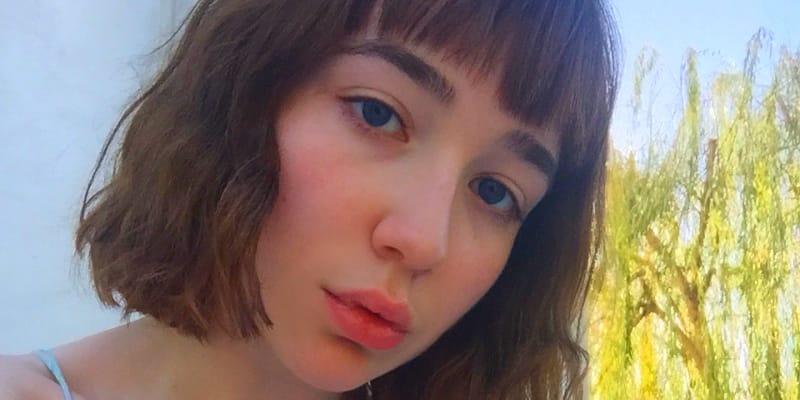 Emma Harvey is an American Actress, and Producer who gained popularity for her appearance in the latest K-12 movie.

K-12 is a recent Horror/fantasy and an enchanting musical film wherein the story revolves around a brave-hearted girl and her best friend who embark on a mission to take down the long followed oppressive schooling system of K-12.

The movie was released this September 5, 2019, and it is directed and written by Melanie Martinez who herself acted in the movie. She has played the role of Cry-Baby and on the other hand, Emma Harvey has appeared in the lead role of Angelita.

Some of the other casts appeared in the film are: Ziõn Moreno (as Fleur), Megan Gage (as Celeste), Gergely Kiss (as Blue Boy 2), Adrian Jurics (as Blue Boy 1), Jesy McKenny (as Leo), Natalia Toth (as Lucy), Maggie Budzyna (as Kelly) and many more.

Emma was born in 1995 in the United States of America and currently, she is 24-years-old. The actress is presently residing in New York City but we are not sure whether she is staying asking with her boyfriend.

There is no information available about her father and mother on the internet, but we will try to update it as early as possible. As of educational background, Ms. Harvey has completed her schooling from a local school in the city and later she did her Bachelor’s degree in Theatre and Performance.

However, we can see that Emma has got her big break in the latest movie “K-12” and we hope that she may further act in the upcoming movies.

The 24-year-old Producer is in a relationship with her long-time boyfriend, but she has not yet revealed the name of him. Emma is keeping her personal life very private and low profile and away from social media platforms.

Boyfriend: Not known
Dating history: Will be updated
Husband: No
Sons:  None
Daughters: None