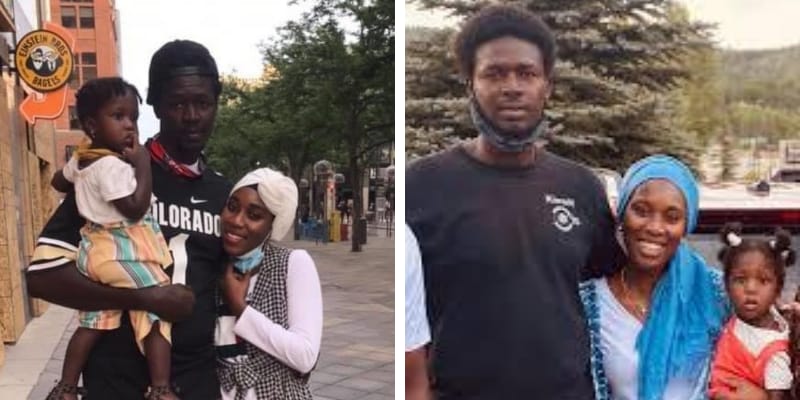 Djibril Diol and his family of five people in Denver lost their life in Wednesday morning’s fire, family members say. His sister and nephew also died.

Diol was an immigrant from Senegal, and four family members perished in the blaze, in this incident Diol’s wife, their toddler daughter, his sister, and his niece died. Denver Mayor Michael Hancock and New York Consul General of Senegal Elhadji Ndao spoke briefly at the scene of the fire Thursday afternoon.

NEW video from neighbor in Green Valley Ranch. @Denver_Fire investigating as arson. 3 adults, 2 children died. Investigators still on scene as of this tweet. Another neighbor told me they turned over surveillance video to police but wouldn’t share what was caught on cam. #9News pic.twitter.com/xfOlYRnKdt

“The family needs help,” Hancock said, adding that they need funds to take the remains back to Senegal. Furthermore, Hancock personally asked people to donate to the Gofundme page. Then, he said “This is a tragedy,” and added “We want to stand arm-in-arm with them. In Denver, everyone is welcome. This community stands with them.”

Furthermore, the company where Diol was working released a statement “We are deeply saddened by the tragic deaths of Jibby Diol and his family. He was a valued member of our Kiewit team and will be greatly missed. Our thoughts and prayers are with his family and friends during this extremely difficult time.”

He was remembered for his gentle personality and engineering work, he cared for his family, his brothers, and his parents.

He came to the US not more than 10 years ago to make a better life for him and his family which included graduating from CSU.

On Thursday, a memorial was held outside of the burned home in Green Valley Ranch that claimed the lives of five people. Many members of the Kiewit Construction team working on the Central 70 Project with Djibril Diol showed up to support his family.

A GoFundMe Page has been Launched to Support Djibril Diol Funeral Cost and Family Expenses.

“Please help raise funds for the funeral of Djiby and his Family. Early morning on Wednesday, August 05th the Senegalese-Mauritania community in Denver woke up to tragic news. Djibril Diol, aka Djiby had passed away in a tragic house fire. Djiby, his wife, his sister, his daughter, and his niece all passed away. Djiby cared for his family, his brothers, and his parents. Djiby a young man with a promising future in Civil Engineering has left behind a community that he so deeply loved and cared for. We are saddened by the loss of a loving Dad, a nurturing husband, and a caring brother to all of us. Please help the family with the cost of sending the bodies back homes for a proper burial.”

New York Consul General of Senegal Elhadji Ndao said in the news conference that the community had faith in the legal system. He said that the mayor’s words helped the community believe that “those who are responsible for this horrible act will be brought to justice.”

Furthermore, Muslim leaders want a hate crime investigation. “Law enforcement authorities must take this suspected murder and arson seriously,” Scott Simpson, Muslim Advocates’ public advocacy director, said in a statement to Religion News Service. “We call on law enforcement to immediately investigate whether the deadly fire in Green Valley Ranch was motivated by hate. The family of those lost and the Muslim community in Denver deserve justice and peace of mind.”