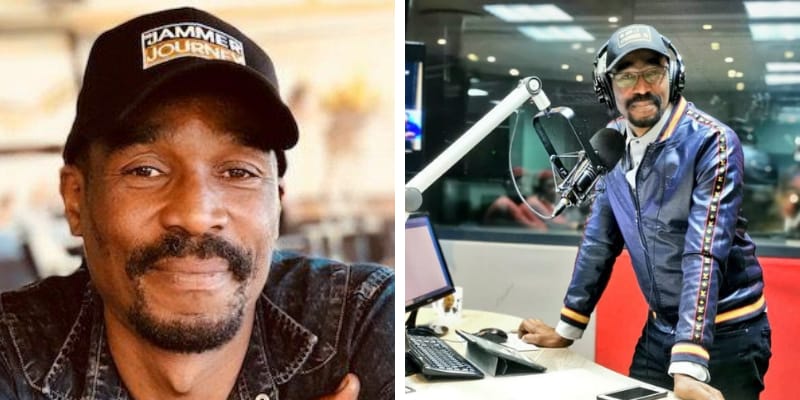 Bob Mabena was South African radio star passed away at the age of 51, on Monday he died after suffering from cardiac arrest. Power FM employers confirmed his death.

The statement reads “It is with deep grief and pain that we announce that POWER 98.7 Breakfast Host, Mr. Bob Mabena passed away this afternoon, Monday 10 August 2020, from cardiac arrest. The family is coming to terms with his passing and respectfully requests the public to afford them the appropriate space. Further details will be communicated in due course.”

According to the source, Bob admitted to the hospital for shortness of breath days before he died. Furthermore, his death comes after two months after he told his Twitter followers that his beloved grandmother had succumbed to COVID-19.

In twitter, he wrote “So sad for your loss Ntando. Your experience is almost the same as my grandmother this past week. She contracted COVID in a hospital whilst going in for a lung infection. Within 3 days, she was gone. The hospitals aren’t ready.”

He started his career in 1989 at Radio Bop and then served in broadcasting since 1989. Furthermore, Bob has lent his voice to institutions like Metro FM, Heart FM, 947, and SABC.

In his career, he has hosted some of South Africa’s biggest radio shows. Radio Star Bob Mabena had his first gig in radio working at Radio Bop and then he was hired as the station manager at Koos Radebe.

In 1997, he won a South African Music Award for Best Rap Performance. As an artist, he has released several albums. Recently, in his birthday celebration, he released a complication album and some of his most popular hits, like “Sing it Back” and “Share My Love.”

How old was Bob Mabena? He was 51 years old during his time of death. His mother passed away when he was 11 years old and was raised by his Grandmother.

He was married to his wife named Eucharist Hadebe and they share a son. From a previous relationship, he shares six children, one kid with Zandi Nhlapo.