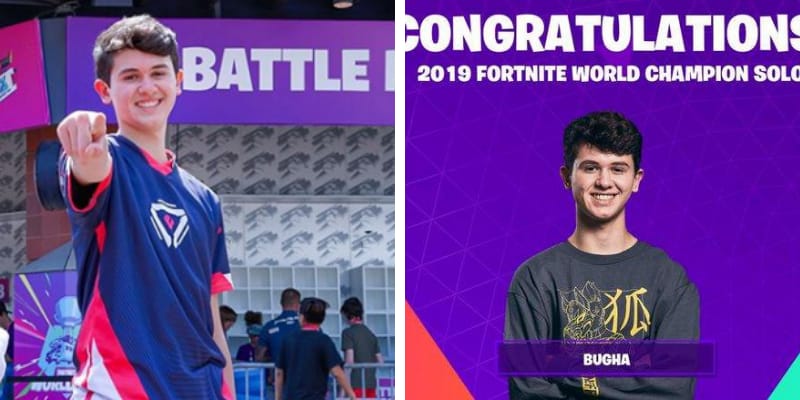 Bugha aka Kyle ‘Bugha’ Giersdorf is 16 years old who took home the win, and by a landslide, nearly doubling the second place point total of 33 with 59 points after six rounds of intense competition in the Fortnite World Cup Solos event.

It takes a lot to win a World Cup but Bugha started as well as anyone could expect by getting the win in his first match. He went out early in the second one but his strong performance early kept him at the top of the leaderboard.

Moreover, Bugha was able to edge out names like Tfue, Bizzle, Arkhram1x and many others, proving that he is just as deserving of the prize as anyone at the event. Bugha’s performance in game one where he came away with nine eliminations and the Victory Royale set the bar high for him and set the tone for the rest of the tournament.

Presently, He’s taking home a cool $3 million for the first place slot and doesn’t even have to split it with a duos partner. (Poor Nyhrox and Aqua, who are going home with a measly $1.5 million after taking first in the duos championship.)

In an Interview, Bugha said “Words can’t even explain it right now, I’m just so happy.” and added, “Everything I’ve done, the grind, it’s all paid off.”

Bugha won the first battle royale outright and never relinquished the points lead over the next three hours. In the finals, a Victory Royale was worth 10 points, second through fifth place awarded seven points, sixth through 10th earned five points, 11th through 15th got three points, and eliminations were worth one point each.

How old is Bugha? was born in 2003 and from North America and he is 16 years old as of 2019. Furthermore, there is not much infromation about his father, mother, and siblings.

Everyone in the World Cup came away with a good chunk of money but the winner comes away with by far the most, taking $3 million. Bugha has a very bright future ahead of him if he’s able to build upon the massive momentum he has built here.