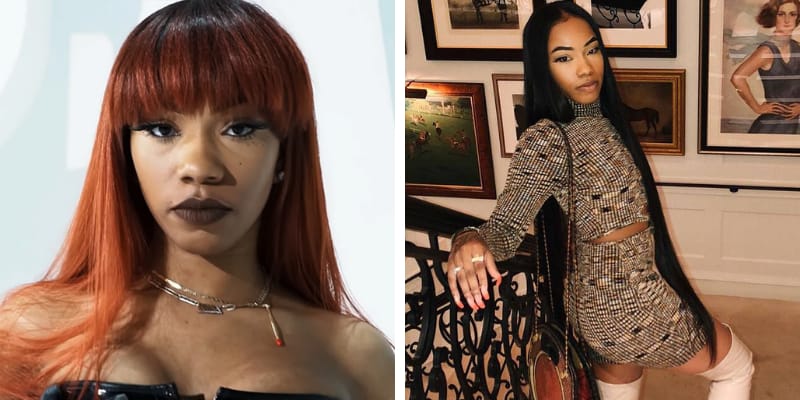 Braxton Brax Baker was born on December 8, 1998, and from Richmond, Virginia, she was a Rapper, Instagram Influencer, and best know for her music project VERSE(atility).

She died at the age of 21 and her death was confirmed by her mother Letricia Loftin Russell on Thursday, she wrote: “Angel Has Ascended.”

However, Brax death cause has not been revealed at this time, on Instagram Letricia Loftin Russell shared a video on her daughter and wrote a lengthy post.

“Our Angel Has Ascended. Our angel, Braxton Blue.B Baker has ascended.

At the time of her ascendance, she laid in sacred form. There were no scratches there were no bruises, her internal and external being was completely pure. It was a spiritual release. God retrieved the angel He loaned us.

Braxton was in spiritual retreat, carefully crafting and curating her art. She has since dedicated her art to humanity and healing, composing two albums and three novels.

Most recently she was in the process of forming her brand merging her loves for fashion and the work of Black queer revolutionary womxn.

Braxton knew that God was working through her, she had “vessel” and “gifted” permanently placed on her body. She knew that her brilliance and art would be shared with the world in God’s timing. This is just the beginning, our whole beings are dedicated to sharing her sacred art with the world.

Braxton emphasized, “I’m just delivering God’s message, I’m here and it’s all beyond me. My purpose is way way far greater than me.”

She was a Rapper and shot to fame for her music project VERSE(atility), and Braxton even worked on several projects including Choreography, Singing, and Rapping.

During her time of death, Baker was forming her brand merging her loves for fashion and worked with Black queer revolutionary womxn. Furthermore, the rapper composed two albums and three novels in her lifetime.

In 2018, Braxton in an interview with SVGE Magazine opened up about building her brand and living a life full of creativity.

How old was Braxton Brax Baker? She was born on December 8, 1998, and from Richmond, Virginia, she was 21 years old during her time of death.

She was born to Letricia Loftin Russell (Mother) and Arthur Russell, III (Father), her mother is an award-winning gospel radio personality.

Many tributed to the Rapper, Artist Bahja Rodriguez wrote on Twitter “RIP BRAX. Such a talented woman. One of the best-dressed girls I ever met. Could dance, sing, and rap. I just know you were meant for great things. Rest in peace.”