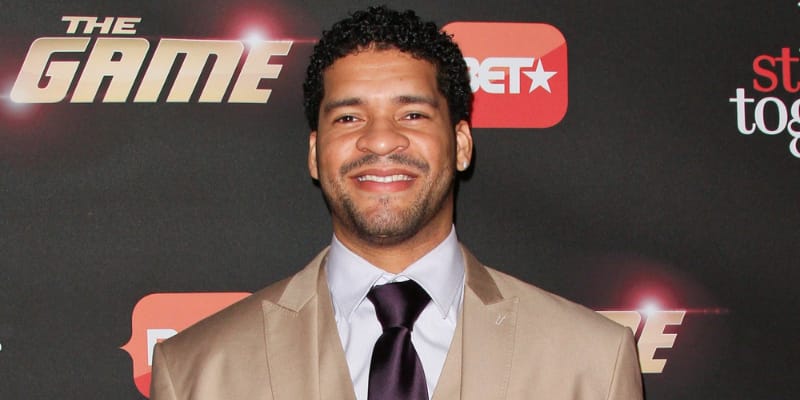 He passed away at the age of 38, Bert’s body was found Sunday in a Virginia hotel room, where, according to Belasco’s father, he was quarantined in preparation for a new project.

However, his cause of death has not been revealed yet, and Bert’s family is awaiting the results of an autopsy. His father told TMZ that his son was found dead after the actor’s girlfriend couldn’t reach him and asked the staff to check in on him.

During the time of his death, the actor was in Virginia for a new movie, according to his family he died of an aneurysm, but the autopsy will reveal the exact cause for his death, untill then Bert’s family should wait for the result.

He shot to fame from the role that of contractor Charles Whitmore on Let’s Stay Together, which ran on BET from 2011 to 2014. In the series, Charles and Stacy get engaged and there will be highs and lows in their relationship, but the show was canceled after four seasons.

Later, he played as Sonny Evers, an MLB teammate of Ginny Baker’s on Fox Pitch and featured in several episodes of Showtime’s short-lived dramedy I’m Dying Up Here.

In 2005, he earned his theater degree from SIUC and he was a Southern Illinois University Carbondale alumnus, Belasco’s TV credits also included Key & Peele, Superstore, The Mick, House, NCIS: New Orleans, Justified, and many more.

Belasco after earning his theater degree from Southern Illinois University Carbondale in 2005, Belasco was featured in a Snickers commercial with Betty White that aired during the Superbowl.

On Instagram, he had 898 followers and his last post was on June 13, 2019, where he shared an illustration depicting what artists “go through” in their careers.

He wrote, “When people ask, what does an artist go through.”

How old was Bert Belasco? He was born in 1982 and from the USA, he was 38 years old during his time of death.

His family and friends have made heartfelt tributes to the star on Twitter, US actress Yvette Nicole Brown said: “I am gutted by this news.”

RonReaco Lee, who co-starred with Belasco on Let’s Stay Together, posted a tribute to the actor on Monday, remembering him as “one of the kindest people I’ve ever met.”