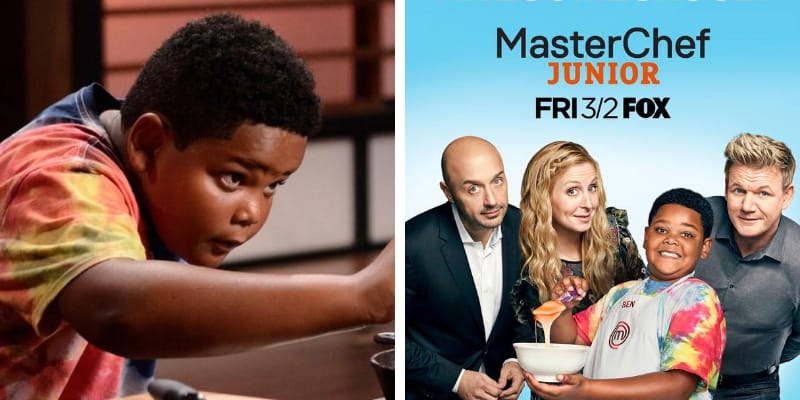 GoFundMepage has been created by Trent A McCain states and during the time of writing $47,013 raised of the $130,000 goal.

According to the page, “Shortly after his 13th birthday, Ben was diagnosed with a rare illness called Angiomatoid Fibrous Histiocytoma, a soft tissue tumor usually in children and young adults. Young Ben is one of only six people in the entire world diagnosed with this illness. Ben is currently undergoing treatment at Lurie Children’s Hospital of Chicago.”

Later, on July 31st Trent A. McCain updated with “Thanks to the outpouring of #Love4Ben, we have reached 25% of our goal! Thank you so very much for your generosity. Ben started chemotherapy today and this is sure to lift his spirits!.”

Ben Watkins is suffering from a rare disease that only six people in the entire world diagnosed with this illness and he is undergoing treatment at Lurie Children’s Hospital of Chicago.

Update: Ben Watkins passed away at the age of 14 on November 16th, 2020. MasterChef judge Gordon Ramsay took to Instagram to tribute Ben, he wrote “We lost a Master of the @masterchefjunior kitchen today. Ben, you were an incredibly talented home cook and an even stronger young man. Your young life had so many tough turns but you always persevered. I adored our time cooking and laughing together on set. Heartbroken today losing my little mate, sending all my love to Ben Watkins’ family with this terrible loss.”

His parents Leila Edwards and Mike Watkins lost their life in a murder-suicide, where Mike shot and killed Ben’s mother before taking his own life.

According to the source, the couple was talking about getting a divorce, after the tragic incident, Ben moved to Miller from Chicago in 2001 with grandmother Donna and Uncle Anthony.

On March 2, 2018, MasterChef Junior’s sixth season aired and people across the country fell in love with Watkins.

Furthermore, he was the young contestants on MasterChef Junior, in the show he wowed judges with his culinary skills and finished in the top 18.

He is the son of Leila Edwards (Mother) and Mike Watkins (Father).