Arlando Henderson is 29 years old and from Charlotte, North Carolina. He allegedly stole $88,000 from the bank’s vault, according to a release from the United States Attorney’s Office Western District of North Carolina.

He was an employee at a Wells Fargo bank in Charlotte, NC and he had keys to the bank vault and stole more than $88,000 from the vault. Upon that Arlando bought a 2019 Mercedes Benz and put $20,000 down on the vehicle in cash at a North Carolina dealership. 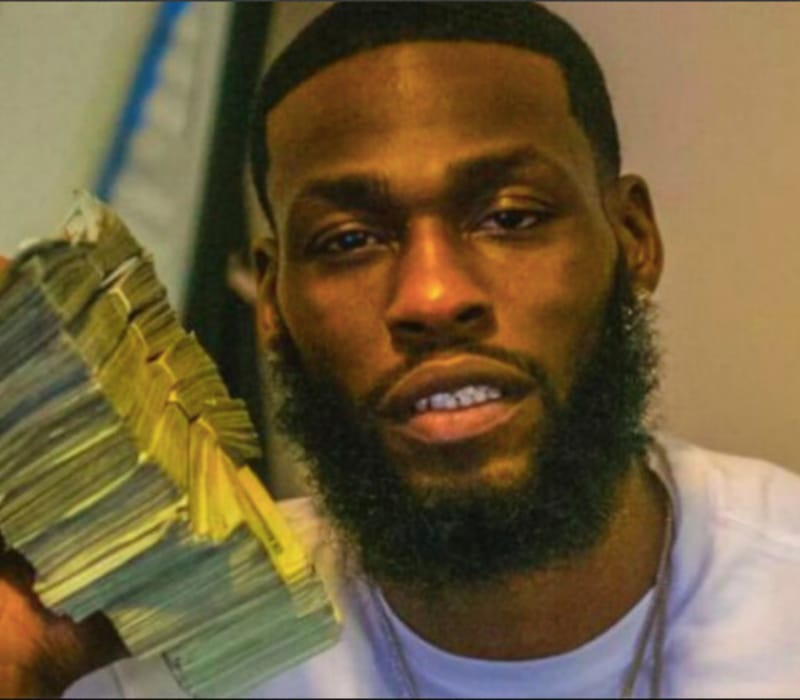 Henderson faces charges including financial institution fraud; 19 counts of theft, embezzlement, and misapplication; and twelve counts of making false entries. He was being held at a federal detention center in San Diego, according to inmate records.

Arlando posted pictures of himself holding stacks of cash on social media. In July 2019, after Arlando had allegedly stolen more than $70,000 in cash from the bank vault, he made a $20,000 cash down payment on a 2019 Mercedes-Benz, and obtained a car loan for the remaining balance from another financial institution, by providing false information and falsified documents, including falsified bank statements, NewsMaven Reports.

Federal prosecutors say that Henderson is accused of pocketing money from the vault on at least 18 separate occasions. The money he allegedly stole came from deposits made by bank customers.

Henderson’s Facebook and Instagram posts from September show him posing with a white Mercedes-Benz in Hollywood, California. He was arrested about three months later on December 4.

He was working at Wells Fargo and it was located in Charlotte. Since April 2019, he began working there and he used to have Bank vault lock and according to the source, he had committed this crime 20 times. During the first 5 attempts, he stoled below Thousand Dollar and then he went for stealing large amounts. Below is a list.

In total, Henderson is accused of stealing $88,000. Arlando is charged with two counts of financial institution fraud, 19 counts of theft, embezzlement, and misapplication, and twelve counts of making false entries, which carry a maximum penalty of 30 years in prison and a $1,000,000 fine.

He appeared in US District Court in southern California earlier this month, according to the release, with the case set to be tried in North Carolina by the US Attorney’s office in Charlotte.