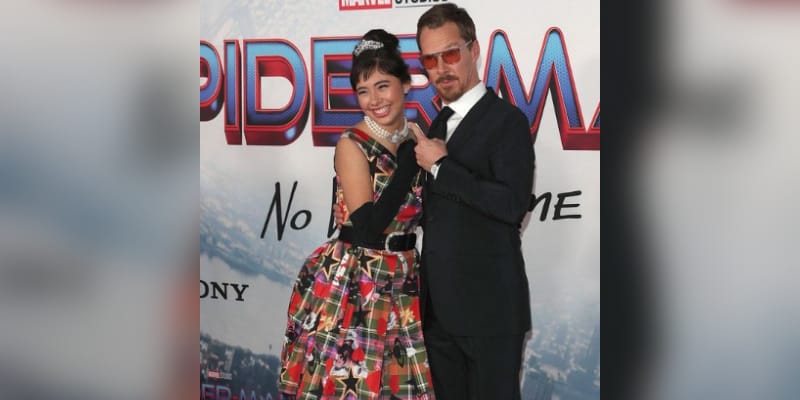 Xochitl Gomez is an Actress from Los Angeles, California, U.S. Xochitl Gomez, an American actress, is facing backlash on social media over a sequence in Marvel’s upcoming film Dr. Strange 2, in which she stars. Before being cast as America Chavez, in Marvel’s Doctor Strange in the Multiverse of Madness in 2020, the 15-year-old from Los Angeles portrayed Dawn Schafer in Season 1 of Netflix’s The Baby-Sitters Club.

America Chavez, the newest Young Avenger in the Marvel Cinematic Universe, is a lesbian with two lesbian parents. The film is being criticized in some areas because of one of her LGBTQ+ sequences, and the star’s personal social media accounts are being hacked.

Saudi Arabia has requested that a specific LGBTQ+ sequence from Disney’s forthcoming Dr. Strange film be removed before it is released in the country. America Chavez refers to her “two moms” in the moment in issue, which Nawaf Alsabhan, Saudi Arabia’s general supervisor of movie classification, stated is “extremely difficult to pass” in Saudi Arabia.

Saudi Arabia, on the other hand, is vehemently opposed to the LGBTQ+ scene and would stop at nothing to get it removed from the film. Earlier reports claimed that the film was prohibited in Saudi Arabia and other countries; however, this is not the case. Before declaring, “We haven’t closed the door,” Alasbhan stated that Disney had refused to delete the scene. We’re still working on it.”

Xochitl has been personally targeted on social media as a result of the scene’s hostility in various locations. A viral tweet displays images from her most recent Instagram post, which illustrate some of the heinous remarks left by others on the internet. Over the last several days, the star’s Instagram and TikTok comments have been flooded with derogatory remarks.

Who is Xochitl Gomez?

Xochitl Gomez is a Mexican-American actress who was born and raised in Los Angeles. She is well recognized for her role as Dawn Schafer in Netflix’s “The Babysitter’s Club.” She was recently cast in the role of America Chavez, a Marvel superheroine who will make her film debut in ‘Doctor Strange and the Multiverse of Madness.’

At the age of five, Xochitl began appearing in child musical theatre performances, and at the age of ten, she moved on to commercials and modest television appearances. She got most of her early acting experience in local LA short films, many of which earned her awards for Best Young Actress.

She was chosen as a featured actor at the Sundance Institute’s Director’s Lab in 2018 as a result of her credentials and honors. Xochitl was then featured in Variety magazine’s Power Of Young Hollywood issue in August 2020 for her outstanding performance on The Baby Club. sitter’s

Xochitl Gomez, a 15-year-old Marvel newbie, will debut as America Chavez in Multiverse of Madness. Doctor Strange and his crew will benefit greatly from the young hero’s abilities, which include superhuman strength, speed, and durability, as well as the ability to travel the Multiverse.

America Chavez is both a lesbian and a Latina, two characteristics that will be reflected in her live-action version. Unfortunately, owing to regional regulations, Multiverse of Madness has been prohibited in Egypt and Saudi Arabia due to Chavez’s LGBTQIA+ identity and reference to her “two mommies.”

How tall is Xochitl Gomez?

How old is Xochitl Gomez?

Who is Xochitl Gomez’s Partner?

However, there is not much information about Xochitl Gomez’s partner or relationship status.

How Rich is Xochitl Gomez?

The estimated Net Worth of Xochitl Gomez is between $100K to $300K USD.