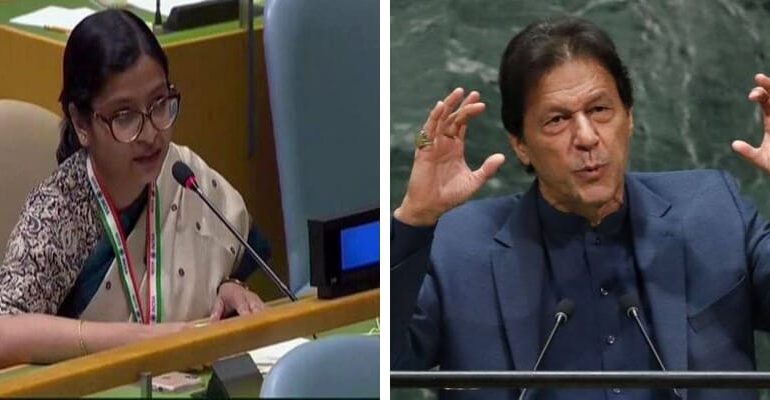 Vidisha Maitra is an Indian Foreign Service (IFS) officer and the first secretary in the foreign ministry. Maitra is from the batch of 2009 IFS officers, had cleared civil services exam in 2008 and stood at the 39th rank. In 2009, she cleared her training routine for which she won the ‘best training officer’ gold medal.

Curently, Vidisha Maitra is India’s first secretary and the newest officers at the United Nations. She is in charge of security council 9neighbourhood/region and also looks after the Shanghai cooperation organization. 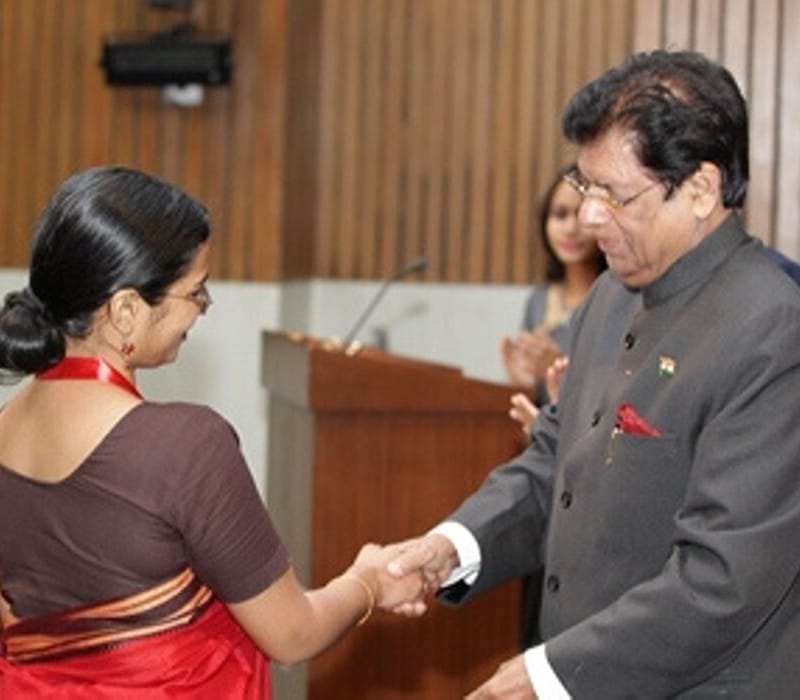 Earlier today, India exercised its right to reply at the United Nations following an address by Pakistan’s Prime Minister Imran Khan. India’s case was presented at the foremost global platform by a decorated Indian Foreign Services (IFS) officer, Vidisha Maitra. In her speech, Vidisha Maitra said that Khan’s veiled threat of nuclear devastation was an example of ‘brinkmanship’ and not ‘statesmanship’.

Ever since her stoic response, Vidisha Maitra has been lauded for the same by several on social media, including Member of Parliament (MP) Shobha Karandlaje and Shiv Sena spokesperson Priyanka Chaturvedi.

“Mr. President I take the floor to exercise India’s right of reply by the statement made by the Prime minister of Pakistan every word was spoken from the Podium of this August Assembly it is believed carries the weight of History, unfortunately what we heard today from Prime Minister Imran Khan of Pakistan was callous portrayal of the world in binary terms us vs them, rich vs poor, north vs south, developed vs developing, and Muslims vs others. A script that fosters divisiveness at the United Nations. Attempts to sharpen differences and stir up hatred are simply put — ‘hate speech” Vidisha Maitra said.

“Can Pakistan PM confirm that it is home to 130 UN-designated terrorists and 25 terrorist entities listed by the UN? Will Pakistan deny that the Financial Action Task Force has put the country on notice for its violations of more than 20 of the 27 key parameters? And would PM Imran Khan deny to the city of New York that he was an open defender of Osama bin Laden?”

She said that rarely has the General Assembly witnessed such “misuse, rather abuse”, of an opportunity to reflect. “Words matter in diplomacy. Invocation of phrases such as “pogrom”, “bloodbath”, “racial superiority”, “pick up the gun” and “fight to the end” reflect a medieval mindset and not a 21st-century vision.” “Pogroms, Prime Minister Imran Khan Niazi, are not a phenomenon of today’s vibrant democracies,” she said.

“We would request you to refresh your rather sketchy understanding of history. Do not forget the gruesome genocide perpetrated by Pakistan against its people in 1971 and the role played by Lt. Gen A A K Niazi. A sordid fact that the Hon’ble Prime Minister of Bangladesh reminded this Assembly about earlier this afternoon.”

“Can Pakistan confirm the fact that it is home to 130 UN-designated terrorists and 25 terrorist entities listed by the UN, as of today? “Will Pakistan acknowledge that it is the only Government in the world that provides pension to an individual listed by the UN in the Al Qaeda and Da’esh Sanctions list!

“Can Pakistan explain why here in New York, its premier bank, the Habib Bank had to shut shop after it was fined millions of dollars over terror financing? “Will Pakistan deny that the Financial Action Task Force has put the country on notice for its violations of more than 20 of the 27 key parameters?

Later, she said Pakistan is a country that has shrunk the size of its minority community from 23 percent in 1947 to 3 percent today and has subjected Christians, Sikhs, Ahmadiyas, Hindus, Shias, Pashtuns, Sindhis and Balochis to draconian blasphemy laws, systemic persecution, blatant abuse and forced conversions. “Their newfound fascination for preaching human rights is akin to trophy hunting of the endangered mountain goat – markhor,” 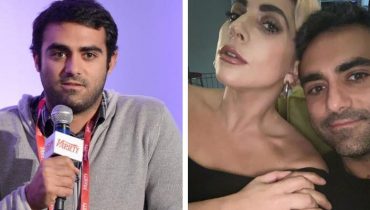