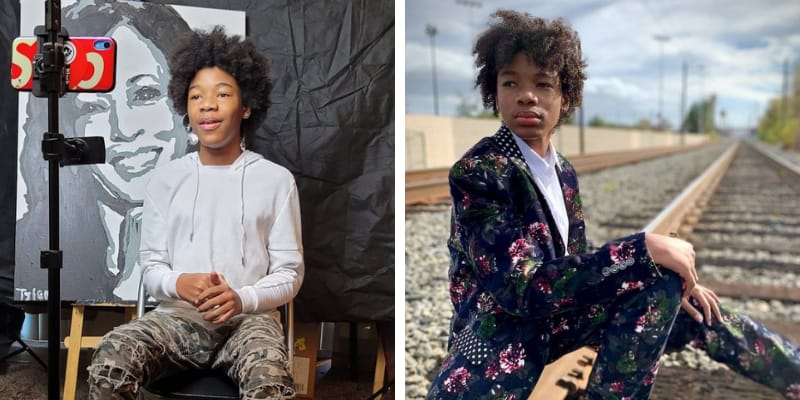 Tyler Gordon was born in 2006 and from San Francisco Bay Area, California. He is an Artist, Social Media Personality, and rose to fame after he painted a portrait of Kamala Harris.

On November 23rd, he shared a time-lapse recording of himself painting a portrait of Vice President-elect Kamala Harris, Tyler shared his video on Twitter and wrote “@KamalaHarris My name is Tyler Gordon and I’m 14 years old and I live in the Bay Area! I painted this picture of you and I hope you like it!!! Please Rt and tag her so that she can see this. Please!!!.” 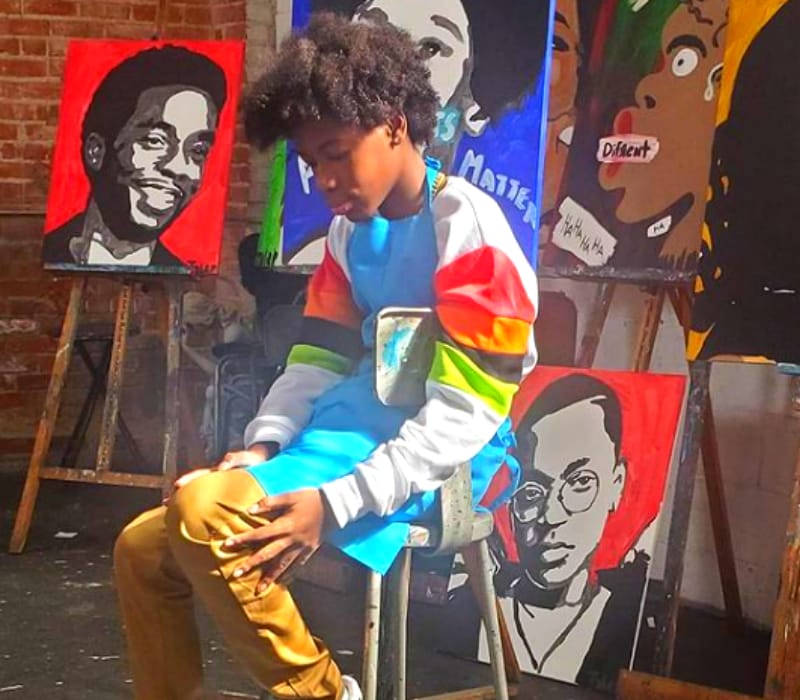 Since then, Tyler became a viral sensation on social media, on November 26th he Tweeted “She called me!!!!!! @KamalaHarris called ME!!!!.”

His painting got noticed by Chelsea Clinton who tagged Kamala’s Twitter profile in her post, on Twitter Clinton wrote “Madame Vice President-Elect @KamalaHarris, check out this beautiful portrait of you by @Official_tylerg!.”

According to the source, Kamala Harris called Tyler and thanked him for the beautiful portrait and praised his artistry. On the call, she said “I’m overwhelmed with just the magnificence of your artistry,” and added “You really have a gift, my goodness, such a gift. I was so touched to see it.”

Later, Tyler tweeted “Thank you so much Mrs. @KamalaHarris it was amazing talking with you today!!! Also thank you Mrs. @ChelseaClinton for believing in me and helping me to reach Mrs. Harris!!!.”

Thank you so much Mrs. @KamalaHarris it was amazing talking with you today!!!
Also thank you Mrs. @ChelseaClinton for believing in me and helping me to reach Mrs. Harris!!! pic.twitter.com/5eA6Oy2WtG

Who is Tyler Gordon?

He was raised in San Jose and at the age of six, he had surgery which helped him regain some of his hearing. 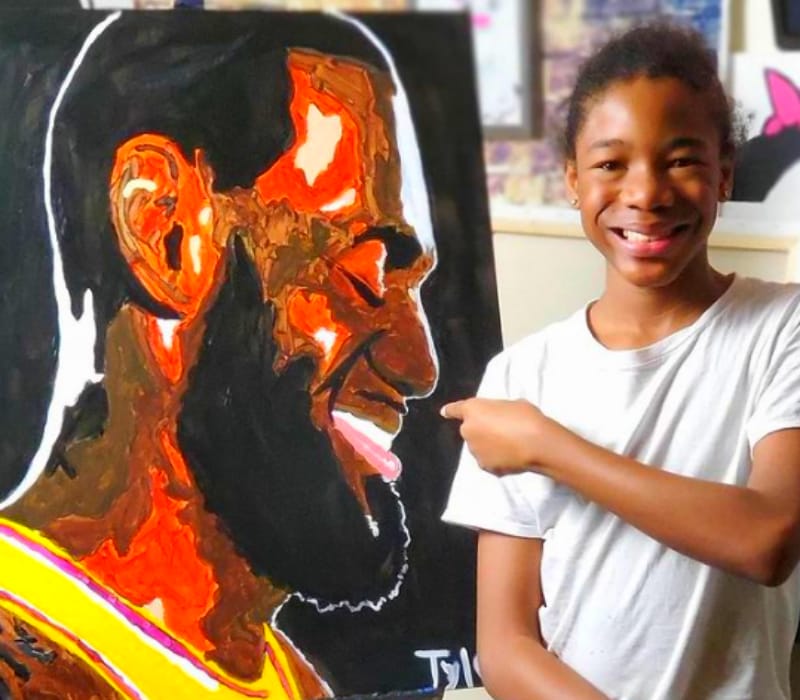 Tyler was born deaf and after surgery, he was able to hear a little bit and then began to speak. Furthermore, he was bullied at school for his Stutter but he overcame all of that to build his career.

At the age of 10, Tyler followed his mother’s footsteps, who is a painter herself. Tyler created portraits of many celebrities, including Michael Jordan, Beyoncé, and Jay Z.

In 2020, Tyler won the Global Child Prodigy Award and Global Kids Achiever Award. Also, he’s an ambassador at Gabb Life, where it helps young athletes and artists achieve their goals while inspiring and empowering others to chase their own.

In 2019, he was diagnosed with a Vitamin D deficiency after his femurs broke, then he spent a year and a half in a wheelchair.

On Instagram, he bosts 19.9k followers and his bio reads “14 yo visual artist, Public Figure.”

He was born to Nicole Kindle (Mother) who is also a painter, on Instagram she has 1.1k followers but her profile is kept private, Tyler also has a Twin brother.