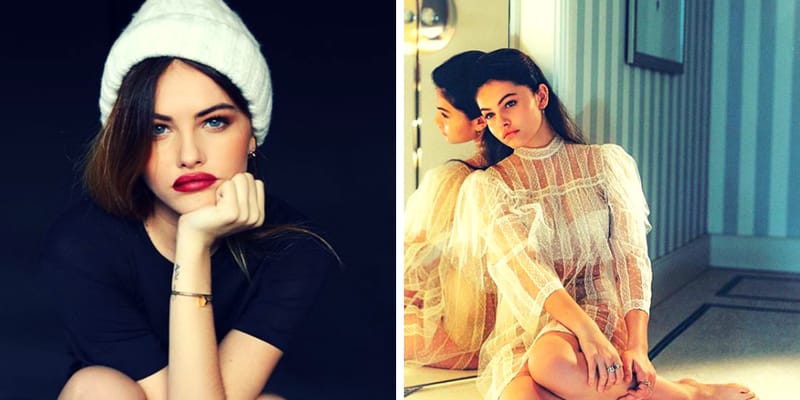 Thylane Blondeau aka Thylane Lena-Rose Loubry Blondeau was born on April 5, 2001, in Aix-en-Provence, France. She is a popular French Model, actress, fashion designer and also an Entrepreneur. Thylane was crowned as ‘the most beautiful girl in the world’ when she was just 6-years-old.

Presently, Thylane Blondeau age is 17 years and she has recently topped TC Chandler’s annual list of 100 Most Beautiful faces of the Year. After receiving the award she stated posted on Instagram that “I just can’t believe it myself…Thanks so much to everyone who voted. I never thought I was once no. 1!!” “I’m thankful to all of you… I really hope you are having great holidays and spend a nice Christmas with your family… all the best to all of you guys lots of love.” Nearly for almost a decade, after being crowned with an award as a child star at a young age.

Thylane Blondeau has completed her schooling from Lycee St Francis de Los Angeles School. Patrick Blondeau is the father of Thylane and he is a famous footballer and her Mother name is Veronika Loubry who is an actress and television presenter.

The Model also has a younger brother named Ayrton-Romeo Blondeau. When Thylane was 4-year-old, she started her modeling career. At a young age, she walked for Jean Paul Gaultier’s fashion design show. We will be updating more information about her educational background and early life very soon.

The actress began her Modeling career at the age of 4 years and had appeared in Jean Paul Gaultier’s fashion design show. Eventually, as she got more opportunities in the Modeling industry, she gave more interest in Modeling. She had her first photoshoot with Dani Brubaker when she was at 7 years old.

Thylane had appeared in an adult clothing and make-up for ‘Vogue Enfants’ due to which she was involved in a controversy over the sexualization of children in advertising and media. She has appeared in Jalouse cover magazine and later she signed a contract with IMG Models.

As the Model gained more popularity, she also became a brand ambassador for L’Oréal Paris’ in 2017. Recently in December 2018, she was placed in the ‘Top 100 Most Beautiful Faces of 2018’ list and this is the second time after a decade that she is receiving this honor.

Apart from Modeling, Thylane has also made her debut as an actress in ‘Belle & Sebastian: The Adventure Continues’ in 2015. The Model has also founded her own clothing brand, named ‘Heaven May’.

Thylane is said to be dating Raphael Le Friant since a couple of months. Raphael is said to be the luckiest person in the world as he is dating her most beautiful girl Thylane. We will be updating more information about her Personal life very soon.

The estimated net worth of Thylane is said to be around $ 3 million USD. Thylane Blondeau Instagram account has more than 200k followers.