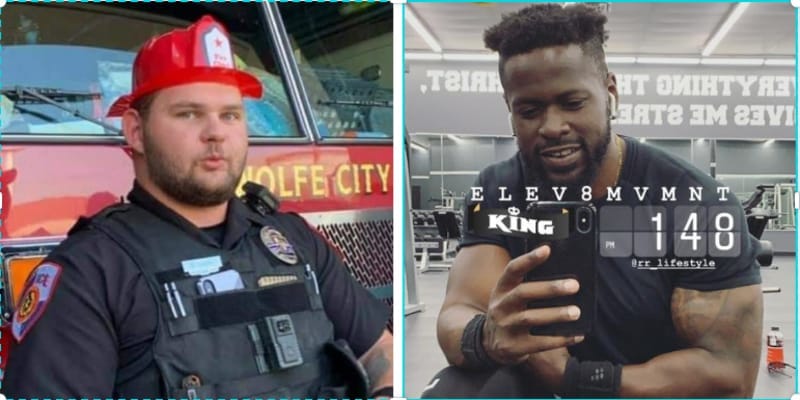 Shaun Lucas is 22 years old white police officer in Wolfe City, Texas. He has been charged with murder in the shooting of Jonathan Price, Price was shot and killed at a gas station by a Wolfe City police officer.

The department released a statement “Officer Lucas made contact with a man, later identified as 31-year-old Jonathan Price, who was reportedly involved in the disturbance. Officer Lucas attempted to detain Price, who resisted in a non-threatening posture and began walking away.” Then, the officer Lucas used his Taser and then fired his weapon, hitting Price and Price died in a hospital shortly after.

GoFundme page has been set up to provide “Justice For Jonathan,” and till now $67,566 raised of the $50,000 goal. The page reads “Thank you for taking the time to read this and consider helping out a family in need. Jonathan Price a good friend of mine was the victim of a senseless act the night of October 3rd, 2020. This money will go towards his memorial and funeral. Just being able to take this burden off of the mourning family’s hands is the least we can do. Thank you. Much love.”

Price family member wrote on Facebook regarding this incident, “His name was #JohnathanPrice. In Wolfe City, TX he was known as a hometown hero. Motivational speaker, trainer, professional athlete, and community advocate— he was dearly loved by so many.

Yesterday he noticed a man assaulting a woman and he intervened. When police arrived, I’m told, he raised his hands and attempted to explain what was going on. Police fired tasers at him and when his body convulsed from the electrical current, they “perceived a threat” and shot him to death.”

Who is Shaun Lucas?

According to online records, Lucas himself as four prior run-ins with the law, 1st he was stopped in Hunt County and issued a misdemeanor for use of window reducing matter on windows in June 2018 and even paid a fine.

Before Shaun Lucas was arrested he is one of only three police officers working for the. tiny Wolfe City Police Department. Curently, he has been charged with murder and faces 5 to 99 years in prison if convicted.

Department of Public Safety released a statement“The investigation is being conducted by the Texas Rangers, with the cooperation of the Wolfe City Police Department and the Hunt County District Attorney’s Office.”

He was a Texas and beloved resident of the Wolfe City community and worked as a city employee and as a fitness trainer. GoFundme page has been set up to provide “Justice For Jonathan,” and till now $67,566 raised of the $50,000 goal.

Former MLB third baseman Will Middlebrooks who was a friend of Jonathan wrote on Facebook “See this face? This is the face of one of my childhood friends. The face of my first ever favorite teammate. The face of a good man. But unfortunately, it’s the face of a man whose life was taken away from him last night with his hands in the air, while a small-town East Texas cop shot him dead. Why? Bc, he was trying to break up a fight at a gas station… for some reason he was singled out. I’ll let you do the math. There are no excuses this time…’ he was a criminal’… Nope, not this time. ‘He resisted arrest, just comply with the cops’. Nope, that one doesn’t work this time either. This was purely an act of racism. Period. So, for all of you that think this is all bullshit, you need to check yourselves.”

Later, he took to Twitter and wrote “My friend tried to break up a fight between a man and a woman at a gas station, bc that’s how we were raised. Don’t put your hands on a woman. Yet he was singled out in the fight, shot and killed… unarmed… no weapon… just his skin color. … I am certain of it… so is everyone else in that predominantly white, country town of 1400 people… including my friends, who are white, that was with him when it happened… now is not the time to come at me with bs like this. Take a step back.”