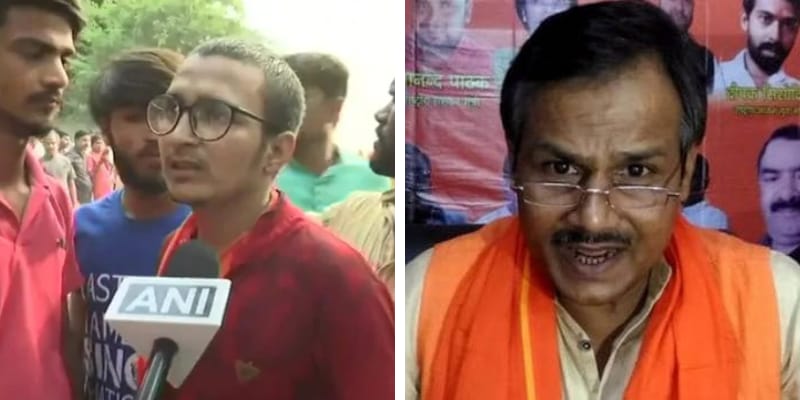 Later, he was rushed to the hospital but passed away during the treatment. Regarding this Incident Additional Superintendent of Police (Lucknow West), Vikas Tripathi said “Kamlesh Tiwari was found murdered inside his house. Two persons had come to meet him. Both were speaking to Tiwari when the latter sent one of his aides to get ‘paan’ for them,” and added, “When his aide returned from the market, he found Tiwari in a pool of blood.”

A senior UP government official said the visitors he spoked to Tiwari half an hour before he was killed. On October 8, BJP leader Chaudhary Yashpal Singh was killed and On October 10, a BJP leader Kabir Tiwari was also killed. Later, on October 13, BJP Corporator Dhara Singh, 47, was gunned down.

Tiwari was a former Hindu Mahasabha leader and in January 2017 he formed the Hindu Samaj and was also the president of the Hindu Mahasabha. Recently, the Lucknow bench of the Allahabad High Court had revoked the NSA provisions after he was arrested by the NSA.

Earlier, he made controversial remarks involving Prophet Muhammad. In 2015, he made this statement which created huge controversy and massive protests. Later, he was arrested in connection with the case and charged under the National Security Act (NSA), which the Allahabad High Court recently revoked. This is the fourth such incident in Uttar Pradesh this month.

According to the source Al-Hind Brigade, a lesser-known group claimed the responsibility of the death of Tiwari and also claimed that whoever will be against Islam will meet the same end. As of 19 October 2019, six accused involved in the murder of Tiwari were detained by Surat Police, Gujarat ATS and UP Police.

Curently, Satyam Tiwari demanded the National Investigation Agency probe into murder and questioned the commitment of the Uttar Pradesh government to provide security to his father, saying his father was killed despite having security guards.

Three have been detained in the Kamlesh Tiwari murder case and they are Mohsin, Rashid, and Faizan according to Indiatoday.com. Surat, Uttar Pradesh DGP, OP Singh said, “Based on a packet of sweets obtained from the crime spot, the Gujarat Police was contacted and a team was sent there. CCTV footage of a Surat-based sweets shop was examined and Faizan Yunus Bhai was identified.”