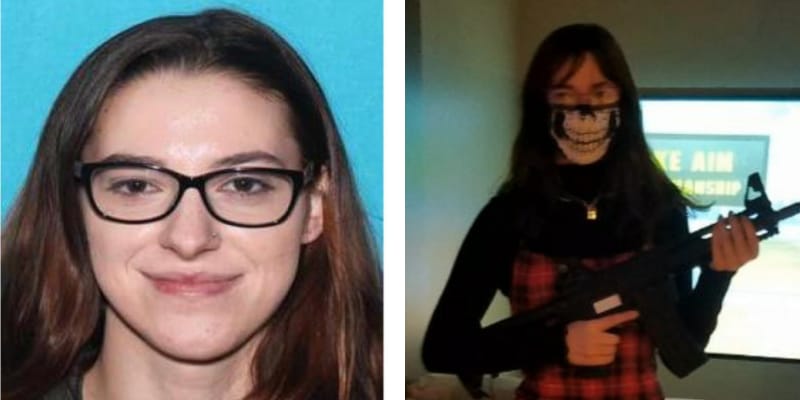 Riley Williams is 22 years old care worker from Pennsylvania, she is accused of stealing Pelosi’s Laptop or Hard Drive to sell to Russians, according to the report.

During the Capitol riots, Riley Williams stole a laptop or hard drive from Speaker Nancy Pelosi’s office and according to the affidavit, Riley’s mother stated that Williams packed a bag and left her home and told her mother she would be gone for a couple of weeks.” She also deleted her social media accounts. 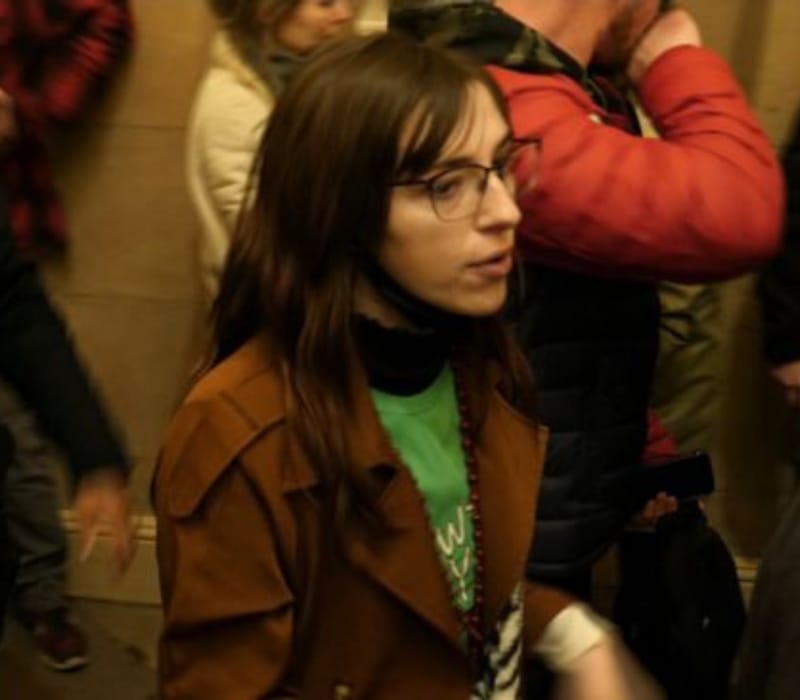 Who is Riley Williams?

She is a care worker from Pennsylvania and during the Capitol riots she was wearing a t-shirt emblazoned with an alt-right slogan, then was charged with a stolen laptop and hard drive from Pelosi’s office to sell it to Russian intelligence services.

ITV News has identified Riley June Williams as a Pennsylvania-based care worker, in the video posted by ITV news the reporter identifies “Riley Williams” as “the person depicted in snippets of the prior ITV video described above,” the complaint says.

Later, in an Interview her mother and father rejected claims that she was giving orders to the rioters, insisting she was a peaceful protester who got lost in the crowd.

However, Riley’s mother Wendy Williams said she recognized her daughter inside the U.S. Capitol Building and that her daughter had taken a sudden interest in President Trump’s politics. In the riots, there was a small number of women to have illegally entered the buildings during the Washington DC siege.

In an Interview with the news outlet, Wendy Williams said “She’s definitely not a leader,” and added “I just think, I know there was another woman beside her also doing it, I think she was like ’they’re letting us up, they’re letting us up, let’s go’. She’s a 22-year-old who, as I said, is very empathetic and loving”.

Riley’s former romantic partner contacted the FBI, the complaint says. Furthermore, he said he noticed Williams and then directed police to the Youtube video in which Riley can be seen directing crowds inside the U.S. Capitol Building up a staircase.

According to Riley’s Former Boyfriend, she intended to send the computer device to a friend in Russia, who then planned to sell the device to SVR, Russia’s foreign intelligence service.

Curently, Riley June Williams is now under the investigation of the FBI.

She is born to Wendy Williams (Mother) and there is not much information about her father and siblings.