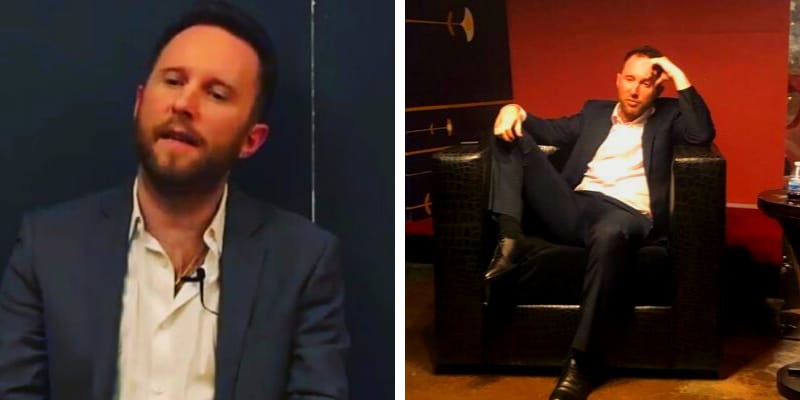 Michael Brooks was 37 years old Political Commentator and Podcast Host passed away on July 20th, his team announced that he died suddenly of a medical condition.

On Twitter, The Michael Brooks Show posted a statement It is with a heavy heart that we announce the unexpected passing of Michael Brooks: a son, brother, friend and true comrade to so many, due to a sudden medical condition.”

Michael Brooks posted a heartful tribute on Instagram, she wrote “Michael was my brother, my only brother, my only sibling. Now that he’s gone a part of me is gone that can never be replaced. I’ll be writing and speaking more about him and his work soon. It helps to know people around the world love my incredible brother.”

He was the popular host of The Michael Brooks Show and its a weekly web show and podcast hosted on the Majority Report Network by Disrupting the Narrative.

According to the show’s Linkedin page, it says “Hosted by Disrupting the Narrative. Michael Brooks is the host of the Michael Brooks Show, a history driven, politics and entertainment program. He is co-host of the award-winning Majority Report and his writing has appeared in the Jacobin, Baffler, and Open Democracy. Produced by Matt Lech of the Majority Report and David Slavick of the Lush Left Podcast. Weekly theory readings are provided by chief theoretician David Griscom.”

Furthermore, Brooks was also a co-host of The Majority Report With Sam Seder, a position he held since 2013, where its a daily political talk show, and he also wrote for the Jacobin, Al-Monitor, Al Jazeera, the Washington Post, and Open Democracy.

He also a Youtube channel which he launched in July 2017 and he was starting his show, The Michael Brooks Show, which grew to 130,000 subscribers on YouTube.

Apart from this, Michael Brooks was the co-host of 2 Dope Boys & a Podcast. Talking about his education he obtained a bachelor’s degree in political science at Bates College in Maine, where he studied from 2005 to 2009. In 2008, he studied political science and international relations at the Middle East Technical University in Ankara, Turkey.

Also, he co-wrote with Josh Summers The Buddha’s Playbook, which is a collection of tools and strategies for practicing mindful meditation in 2011.