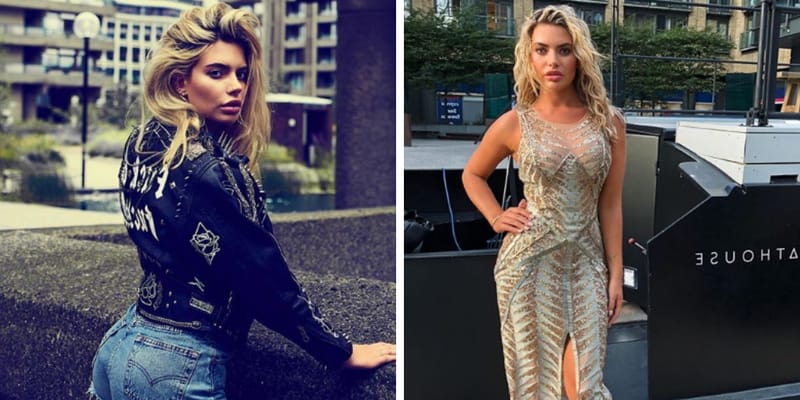 Megan Barton Hanson aka Megan Barton was born on March 6, 1994, in London, England. She is a popular Instagram star, Model and is famous for appearing in ‘Love Island 2018’ a British reality show as a contestant.

Megan Barton Hanson was dating Tommy Brady (NFL player) before she appeared in ITV2 ‘Love Island’ show. The former stripper had promised her boyfriend that she would be loyal and faithful to him and will not be involving in any relationship. Later when she was a feature in the show also with Alex Miller, Eyal Booker and Wes Nelson. There were some dramas that occurred in the ITV show which resulted in some dispute between her co-stars.

The Model has completed her High School education from a private school in London and also completed her graduation. Kevin Barton is the father of Megan Barton Hanson and he was an insurance broker and also worked as a senior marine technician. She has a close bond with her mother.

Megan Barton Hanson was said to be a stripper before she began her career in a modeling agency. Megan Barton had participated in ITV’s show and made controversy that made her father feel embarrassed about his daughter’s behavior in the show.

Due to the unpleasant behavior of Megan Barton Hanson, her father took a break from his marine work, according to The Sun. later it was known that he was having an injury due to which he did not go to work.

Since 2014, Megan Barton Hanson began uploading her modeling pics on her Instagram account. The British Model has modeled for Maxim and 66 Magazine. Ms. Barton has also modeled for swimwear companies and in 2017, she has appeared in the cover of Sixty 6 magazine. Megan has thousands of Instagram followers and she often posts new pics on Instagram.

Megan Barton Hanson Twitter also has a good fan following for her stunning looks and curvy body. Her appearance in the Love Island show has created a huge buzz in the social media and has created controversies about her behavior in the show.