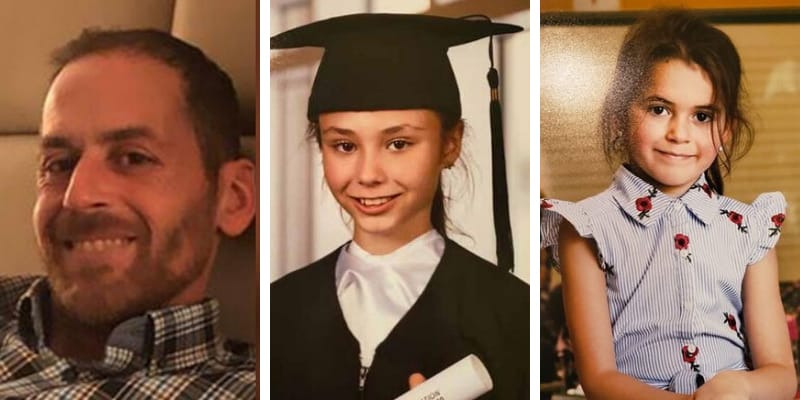 Martin Carpentier is 44 years old and has been linked to the death of his daughters Romy Carpentier, 6, and Norah Carpentier, 11. On Saturday, i.e July 11th, police-reported the deaths of two missing young girls and their bodies were discovered in a wooded area of Saint-Apollinaire.

Curently, police are continuing to look for Martin Carpentier, and officers are monitoring a densely wooded area in Saint-Agapit—Saint-Apollinaire and have established a 10-kilometer radius perimeter there. Police are asking people to stay away from the site.

Police spokesperson Sgt. Ann Mathieu said “For the moment, we have not located Martin Carpentier, nor have we seen Martin Carpentier, but everything suggests that we are at the nerve center of the search,” and added, “It was really not helpful.”

Later, Mathieu said “We are actively investigating on the ground” and said, “The best way to help the police officers is to respect the operation taking place in Saint-Apollinaire, to stay in their properties, do their daily activities, and if there’s any information, go tell us, but not go on the site where police officers are working.”

He was last seen wearing a grey T-shirt, jeans, and might be wearing glasses. According to the report, he measures around five feet 10 inches tall and weighs 130 pounds. Police believe Carpentier likely abducted his daughters in Lévis, Que.

Bernard Ouellet, mayor of Saint-Apollinaire, said the event has shocked the province, he said “Everyone has tears in their eyes. This isn’t easy for anyone,” he told The Canadian Press on Saturday.

Furthermore, Prime Minister Justin Trudeau tweeted about the young girls late Saturday, writing that all Canadians were keeping the family in their thoughts.

Montreal Mayor Valérie Plante wrote on Twitter “It’s a (tragedy) of unimaginable pain that strikes Quebec. My heart is broken for young Romy and Norah. All my thoughts go out to family and loved ones.”

Norah Carpentier, 11, and her sister Romy, 6 Disappeared on July 9th.

According to the source, The sisters were last seen at about 8:30 p.m. Wednesday with their father in a convenience store.

Both sister’s disappearance had triggered an Amber Alert on Thursday. their bodies were found a few minutes apart in a wooded area of Saint-Apollinaire after three days.

Several GoFundMe fundraisers have also been organized to support the mother.