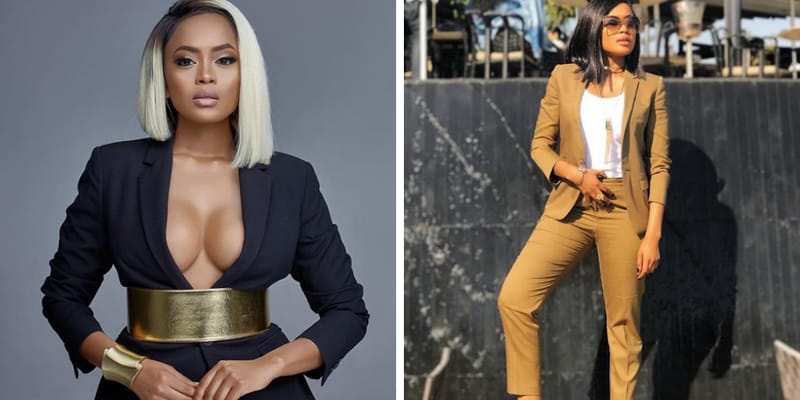 Lerato Kganyago was born on July 22, 1982, in Soweto, South Africa. She is a South African Businesswoman, Model, and TV actress, furthermore she hosted “The LKG Show” on Soweto TV, and co-hosted “Crazy Lu”. Later acted in TV series like “4Play: Sex Tips For Girls”.

Currently, she’s in the news after she was strangled by “African Man”. After the incident, she tweeted and shared her fear. This incidence took place at a store named “Pick n Pay” at Featherbrook when she went for Christmas shopping. According to her, this African man strangled her in defense of his wife, later his wife racially abused Lerato Kganyago helper and called K-Word. Furthermore, Lerato Kganyago also blamed Pick n Pay staff for letting him walkway from the store and asked for the CCTV footage of this incident so that she could get him arrested. Later, the shop owner called Lerato Kganyago and gave the footage and she has lodged a complaint at Honeydew Police station.

In 2014, Lerato Kganyago dated and married Katlego Mashego who is a South African Soccer player and after four years called off their relationship and got divorced after four years. Later, she fell in love with European Guy and dated him for over a year and she said to Move Mag that I have completely changed him, now he is more outspoken and outgoing but she has not relieved his name but he lives in Europe and if we ask me to marry I will.

Furthermore, she changed her mind and wants to become a mom but later she had two painful miscarriages in 2015. After the interview on “Real Talk”, she’s under therapy to fix this issue.

She did her schooling in Ipolokeng Primary school and Boksburg High School later graduated from Dameli college in Diploma.

Her father name is not known but her mom name is Rae Kganyag and she is the single child of her parents. According to Lerato Kganyago, her mother was overprotective and doesn’t like publicity or Limelight but her niece is Kaizer Kganyago “SABC Spokesperson” and describes as being absent emotionally.

Lerato Kganyago successfully started her career at “Soweto TV” in 2008, and she was presenter till 2012. Later, she became the host of “The Link” aired on SABC 1 and in 2016 she was the co-host for the SABC1 Music show. Later, she moved to act and appeared on “4play: Sex Tips For Girls” and in 2005 she joined SABC2.

Her Estimated Net Worth is about $ 2.5 million USD.