Julian Castro was born on September 16, 1974, in San Antonio, Texas, United States of America. He is an American Democratic politician who served under President Obama as 16th United States Secretary of Housing and Urban Development.

Julian Castro is known to be contesting for the presidential Election 2020 US. In San Antonio’s historic Guadalupe Plaza, Julian told that he is a candidate for President of the United States during a speech. 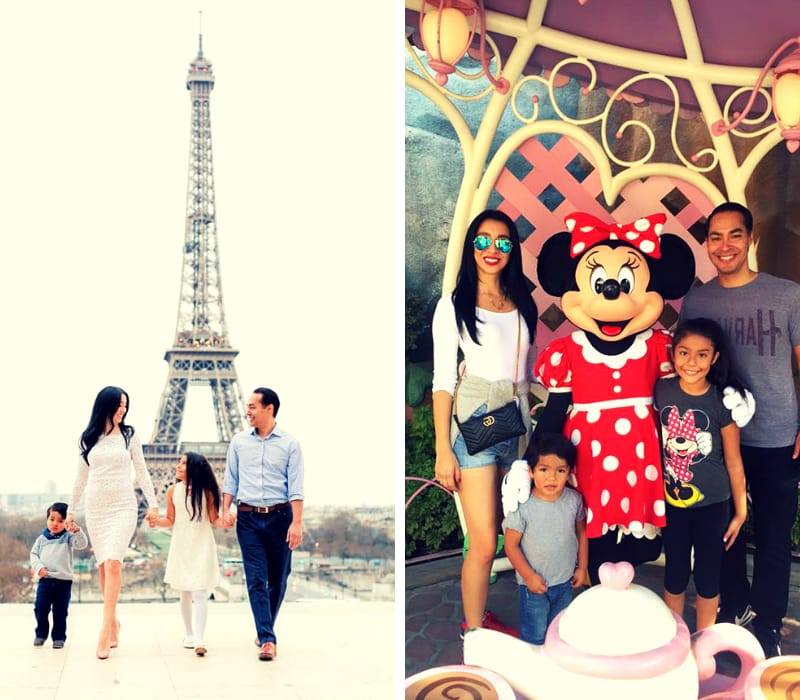 Julian is said to be the rising star of the Democratic Party who has invoked the immigrant heritage by his speech. His family has been migrated from Mexico to the US and is against Trump’s decision of building a wall on the Mexican border.

Erica’s husband stated that “We must have border security, but there are a smart way and a humane way to go for it. And there is no way in hell that caging children is keeping us really safe. We say no to building a wall and yes to building a better community”, he added.

He continued stating that: “There is definitely a crisis today-it’s a crisis of better leadership. Donald Trump has failed to uphold the values of our great Nation (USA).” With the speech, there were roars from the crowd and a big round of applause.

Julian has completed his High school from Thomas Jefferson High School in San Antonio in 1992. After his School, he had received an offer at Trinity University, an NCAA Division III school to play tennis. But he rejected the offer and chose to enroll at Stanford University.

Finally, Castro graduated in Political Science and Communications from the University. He also entered Harvard Law School and graduated with a Juris Doctor. Jesse Guzman is the father of Julian, a retired mathematics teacher and political activist and his mother name is Rosie Castro and she was a Chicana political activist.

Julian Castro also has a brother named Joaquin Castro, who is the current United States Representative. When Erica Lira Castro’s husband was eight years old, his parents were separated.

Castro initially started working for a law firm ‘Akin Gump Strauss Hauer & Feld’ after graduating from Law school. He has worked in various positions and firms that add extra credit to his career experience. He was an advocate for LGBT rights, a member of Washington D.C based ‘Inter-American Dialogue’, served as the Grand Marshal of city’s Pride Parade.

On 2009, when Julian Castro had competed for Mayor of San Antonio, he won the election becoming the fifth Latino mayor in the history of San Antonio. In 2012, he signed the ‘Mayors for the Freedom to Marry’ petition for same-sex marriage equality in the country.

Later in 2014, Julian Castro was he was elected as the next secretary of Housing and Urban Development by the former president Barack Obama. The politician has also published his memoir titled ‘An Unlikely Journey: Waking Up from My American Dream’ in October 2018. Presently he is in the race of 2020 US presidential elections and said to be competing with Tulsi Gabbard.

Julian Castro is married to Erica Lira in 2007, who was an elementary school teacher. Within 2 years after their marriage, the couples welcomed their first child, Carina Castro and later in 2014, they announced about the birth of their second child, Cristian Julian Castro.

The net worth of Julian is approximately around $ 15 million USD.