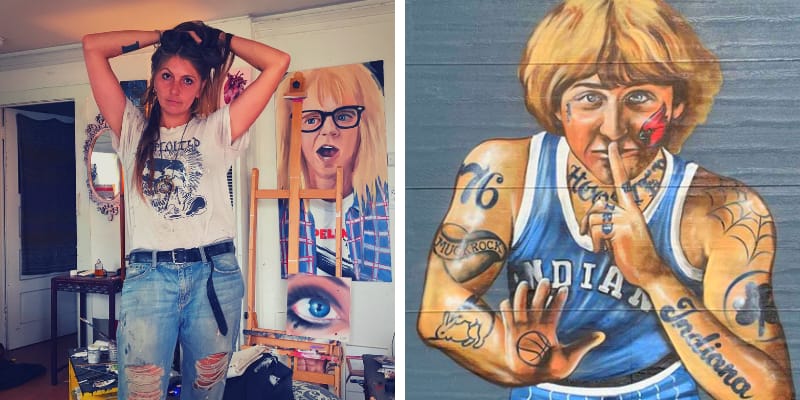 Jules Muck was born in 1978 and from Stoke-on-Trent, United Kingdom. She is an is the Venice-based mural artist who painted a controversial tribute to Indiana basketball legend Larry Bird. Furthermore, A splashy painting of Larry Bird with tattoos on his face, arms, and neck are generating fresh controversy for an already controversial artist.

On August 16, 2019, Muck first posted a photo of the mural to her Instagram page and captioned with “A fictional character – Larry badass Bird.” After Bird spotted a mural of himself on a Fountain Square building, painted by graffiti and street artist Jules Muck, he wasn’t exactly thrilled and his attorney, Gary Sallee said that Bird didn’t like the tattoos. 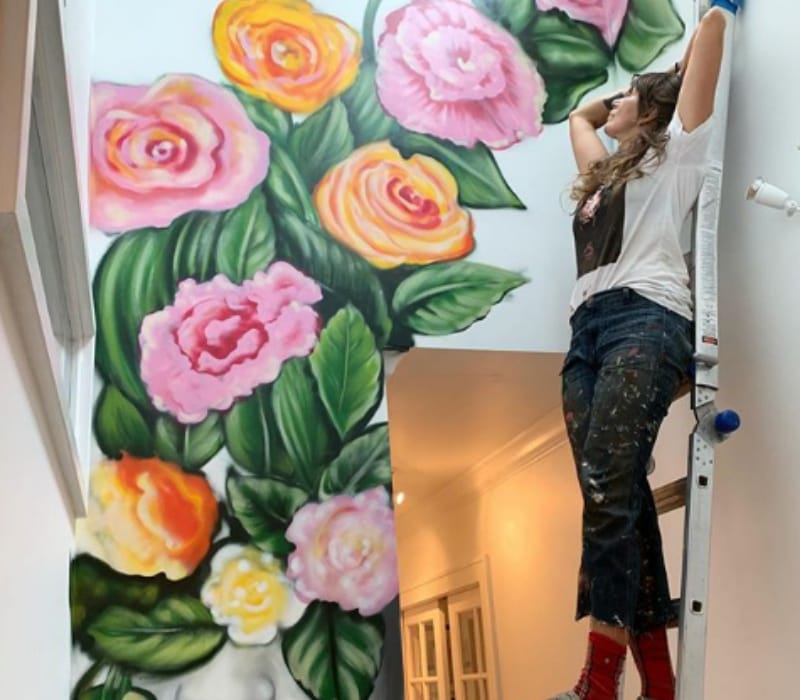 Later, Gary Sallee said to IndyStar that “Larry’s position is he has elevated himself from where he began to where he is now through a lot of hard work. He has developed a brand that is marketable and he needs to protect that brand.” and added, “The mural, as originally painted, was a departure from that brand.”

In a February 2019 interview with MSNBC, Bird was asked about the differences between the NBA of today and the NBA of the 1980s. He replied, “Well, there’s a lot more tattoos now than there were when I played. But other than that, I think it’s the same game.”

However, Muck agreed to remove the tattoos shown on Larry Bird’s arms and chest, except for the word, “INDIANA” on his forearm.

Muck began painting murals in Europe until she met fellow mural-legend Lady Pink in 1999. Later, Pink offered Muck an apprenticeship, the artist accepted and Muck remained in New York City until 2008 when she drove cross-country to California.

Later, she settled in Venice, living initially inside of her car and painting on the streets. Muck’s artistic pseudonym was based on a pet name her grandmother gave her and she travels and paints often in New York, New Orleans, Texas.

Muck’s mural in Los Angeles titled, “Freedumb.” The mural showed celebrities who died young, including Kurt Cobain, Sid Vicious and Marilyn Monroe. In 2016, she traveled to Greece where she painted a mural of a Syrian refugee camp and her work was featured in the National Geographic. 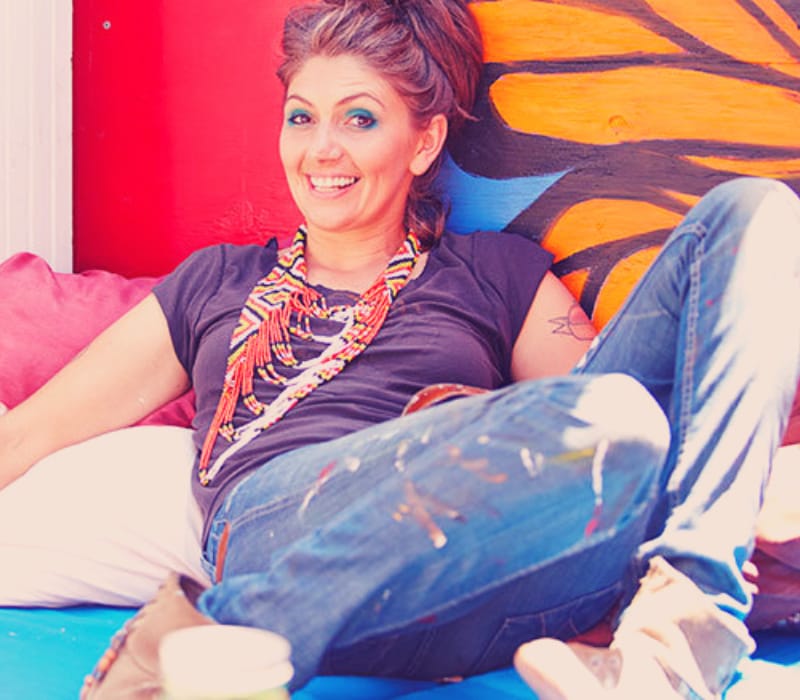 How old is Jules Muck? was born in 1978 and from Stoke-on-Trent, the United Kingdom and she is 41 years old as of 2019. Furthermore, her father is Greek and her mother is British and there is less information about her siblings.

In an Interview with LA Weekly in August 2017, she revealed that she left heroin in 2013 after her family doctor told her that she would die if she did not stop using heroin. Some of her works exhibited in various local galleries, including LAB ART Los Angeles and the Pacific Design Center.

However, she has not revealed anything about her married life and relationship status.