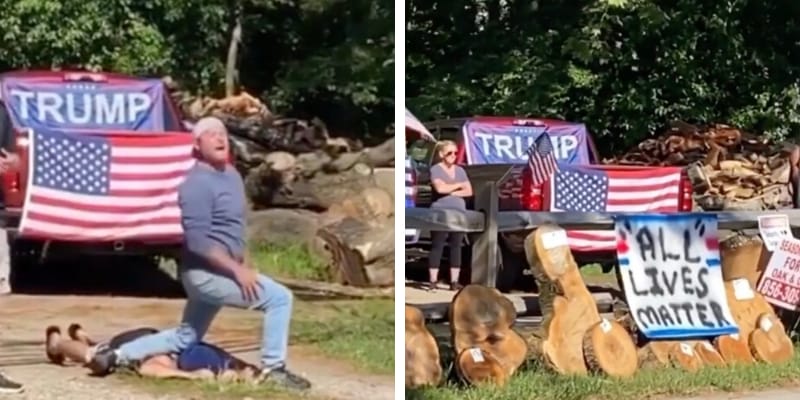 Joe and Jim DeMarco are brothers, Donald Trump Supporter and in the recent video it showed they mocked George Floyd’s Death with Knee on the neck and shouted “All Lives Matter.” This incidence occurred on Saturday, Joe and Jim DeMarco were recorded by many of the protestors, who displayed their shock and disgust at the reenactment.

On May 25th, George Floyd was killed when multiple Minneapolis police officers pressed their knees into his neck. However, in the recent video, the Two Trump supporter was recorded on the New Jersey road where one man pressing their knee into the neck of another as they shouted “this is what happens” at marching protesters. 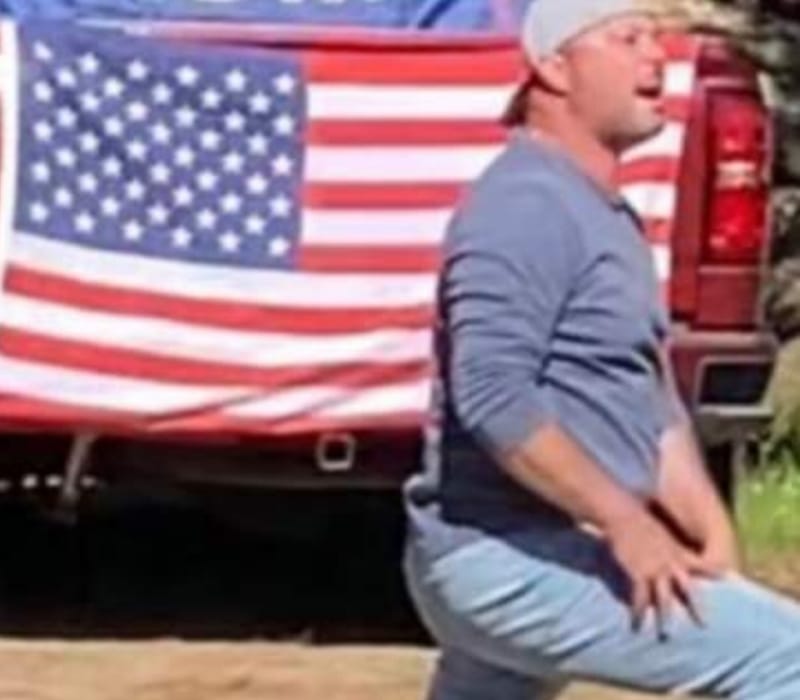 Two of the men, Jim and Joe DeMarco, posted their perspective of the event on Facebook as they shouted at protesters in front of a lumber yard. Floyd’s death has sparked global outrage, with millions of people across the world participating in protests, marching in his name, and even calling for sweeping reforms to police training and funding.

After the brother’s video went viral Joe DeMarco was suspended from his job as a corrections officer at a New Jersey facility, pending a full investigation. Jim DeMarco works for FedEx. FedEx has not given a public statement on the matter.

Joe and Jim DeMarco repeatedly blamed Floyd for not “complying” with the police who ultimately caused his death.

Several other white men and women stood next to the two men doing the reenactment. They had an “ALL LIVES MATTER” poster, as well as a Trump banner on the back of their pickup truck. It’s not clear what they were shouting to the protestors.

There have been several cases of people “re-enacting” Floyd’s killing across the country, including one Brentwood, New Hampshire, the incident last week in which high school students were investigated by local authorities.