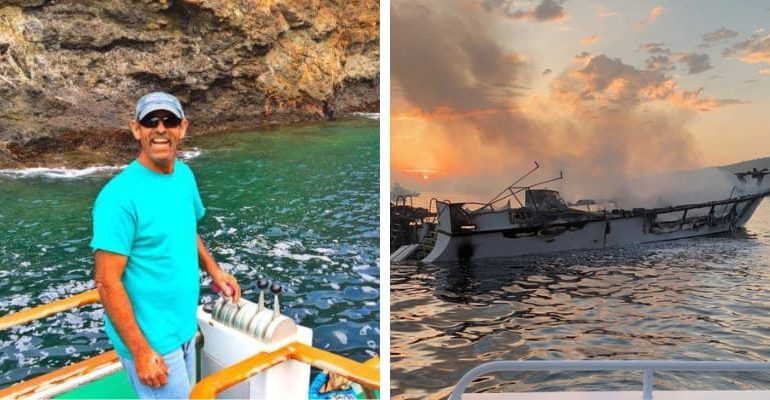 Jerry Boylan is the captain of the Santa Barbara, Calif.-based 75-foot dive boat named “Conception” and according to the report around 34 people is found dead in the Boat. Around 3 a.m the boat was caught on fire and the Conception was on a three-day trip to the Channel Islands off California.

However, the captain of the ship jumped off and was rescued, it can be heard on US Coast Guard radio communication with the captain. Furthermore, the trip was a $665 Labor Day weekend dive trip to the Channel Islands. 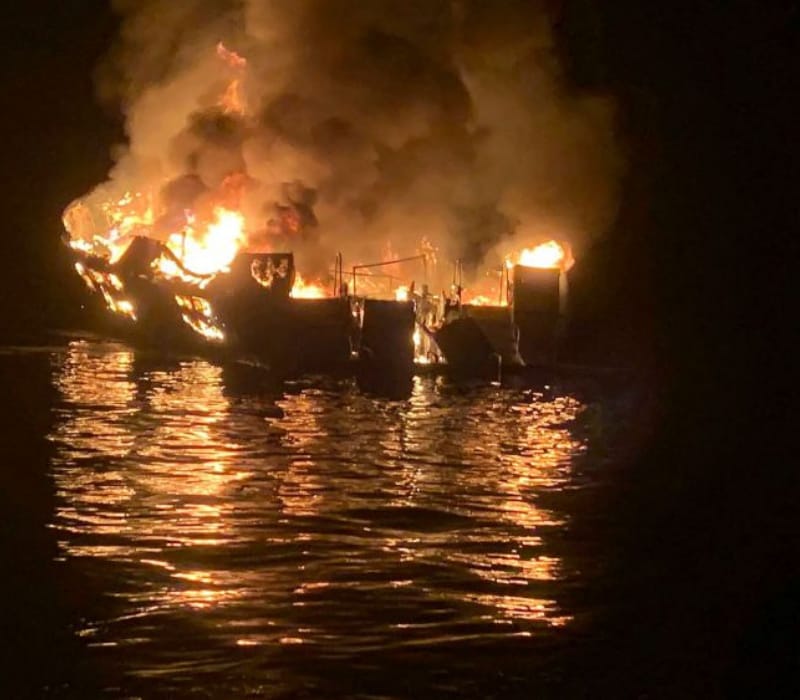 Here is the conversation between Captain and The Coast Guard after the boat was on fire. The Coast Guard asks the captain if they are anyone in the boat so that they can unlock the hatch door so people can escape. In reply, the captain says “They cannot get off …are they locked inside the boat? Can you get back on board and unlock the doors so they can get off? Was that all the crew that jumped off?.”

Later, The coast Guard ask “Is this the captain?” Additionally, “There’s no escape hatch,” the dispatcher asks. He asks if the captain has fire-fighting equipment. He did not.

According to the latest report, five crew escaped per the Captain of the boat, 1 being treated for a broken leg and the remaining 34 people have lost their life. 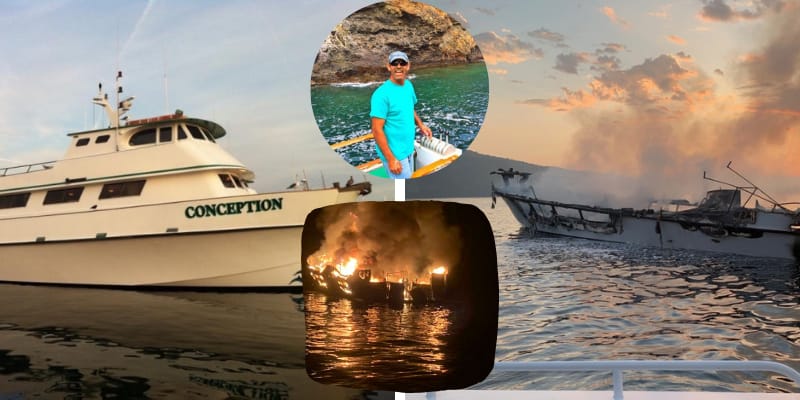 On user wrote on Twitter “The Conception was my first boat dive off the coast of Santa Barbara. The Channel Island trip is a bit of a tradition & rite of passage for newly certified California divers. tight bunk/berth areas. The Conception has been around since the 80’s. My heart goes out to the families.”

Then other wrote “I have been on dive trips on this boat many times and cannot imagine how something like this could happen.”

He was the captain of the Conception boat and Truth Aquatics says Boylan has been at sea his whole life. Jerry’s father was a US Coast Guard officer. Jerry began diving at age 5 and was been piloting dive boats at Truth Aquatics since 1985.

According to its website, the vessel Conception holds “46 people maximum, 13 double bunks, 20 single bunks.” The craft holds 1600 gallons of fuel. It has rescue rafts and jackets for 110 passengers. 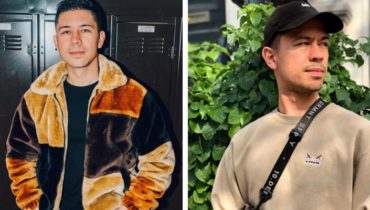