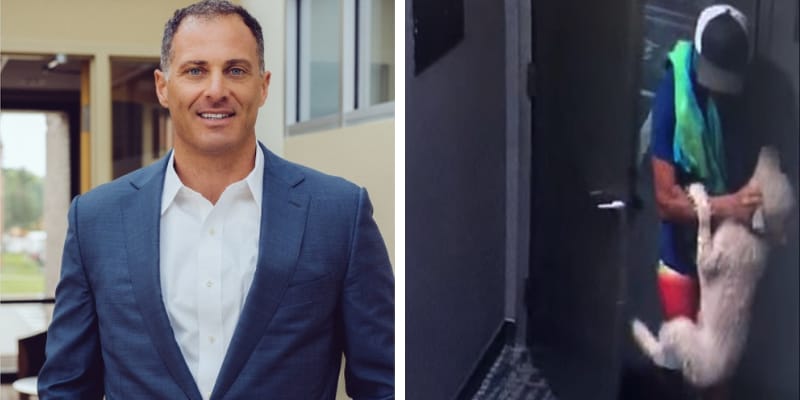 Jeffrey Previte is 46 years old California CEO, on August 22nd he was filmed abusing the dog and it was captured on his Santa Monica apartment’s security camera.

In the video, Jeffrey seen yanking the dog off the floor by the scruff of its neck and violently jerking the animal through a door, in the video obtained DailyMail. Furthermore, a concierge heard the dog’s cries from his seat at the building’s front desk and told DailyMail.com he filed a report. 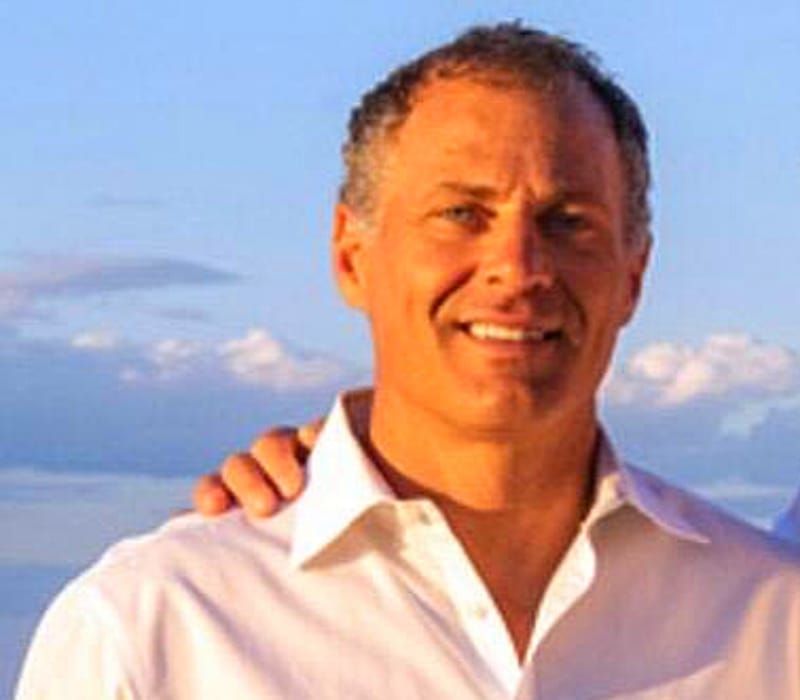 Later, the concierge said “He became irate… and then he hung up on me,” and “He apologized the next day, but I didn’t think it was a sincere apology.” Since the video went viral on Social media many condemned Jeffrey Previte for abusing an animal and some of them also called for the man’s firing from his current role at a Los Angeles-based consulting firm.

Jeffrey Previte told DailyMail “I think this is very unfortunate that this has come across your desk. I don’t even know exactly what to say but I will say this: [The concierge] called me the evening of this interaction with my dog and that was at nine o’clock at night and he attempted to extort money from me so that he wouldn’t report it to the building.”

JEFF PREVITE is a ANIMAL ABUSER.

This SOB deserves to be treated EXACTLY the same way he ABUSED this poor puppy.

Then, the CEO said to the same outlet that “There’s nothing illegal about what I did – I said if you need to tell the building, tell the building,” and “The building manager took it very seriously. I find it very unfortunate that we are even talking about this.” Since this video went viral Jeffrey has deleted all his Social media account and even his LinkedIn. 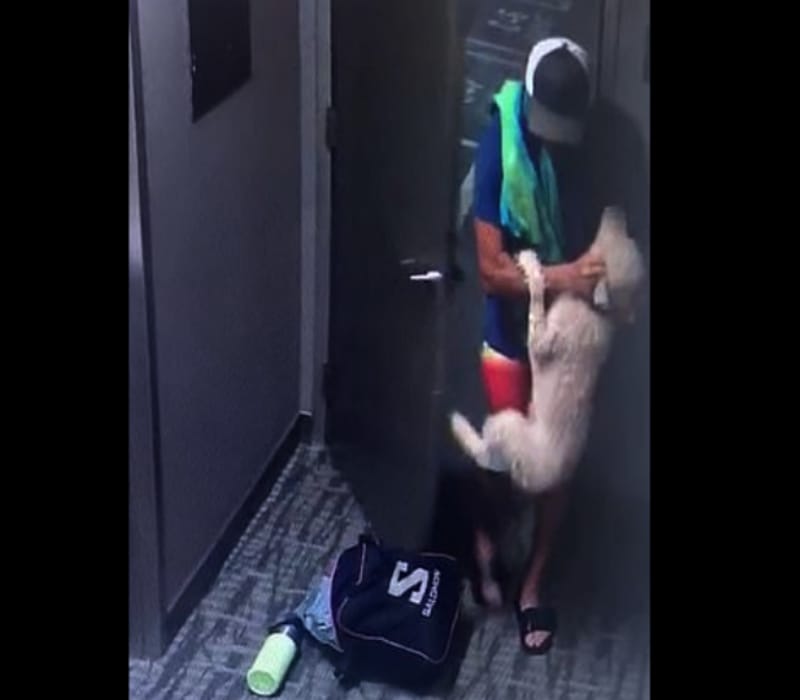 On Tuesday, The Santa Monica Police Department also announced on Twitter “Based on info gathered, SMPD to present the case to District Attorney’s Office for consideration of violation 597(a) of the California Penal Code, Malicious Mischief Against an Animal / Animal Cruelty.”

Based on info gathered, SMPD to present case to District Attoney’s Office for consideration of violation 597(a) of the California Penal Code, Malicious Mischief Against an Animal / Animal Cruelty. Details: https://t.co/tqlNlPfF4d

Who is Jeffrey Previte?

He is also the vice-chairman of the board of directors at the company which has over 400 employees in offices across the United States and Canada. Furthermore, according to his company website he has built its telecommunications consulting business to be the market leader in delivering environmental and engineering consulting to the wireless industry.

In 1999, he began his career at EBI Consulting and founded the New England Wireless Association (NEWA), with which EBI Consulting continues to be involved. Jeff leads EBI’s West Coast team and operates out of the Newport Beach, California office.

Apart from this Previte is an avid hunter and outdoorsman, in 2011 he shared a hunting photo on Facebook and once captioned ‘I didn’t mean to kill Bambi’ and he even posted with a dead Deer that appears to have hunted.

However, there is less information about his family, kids, and wife.