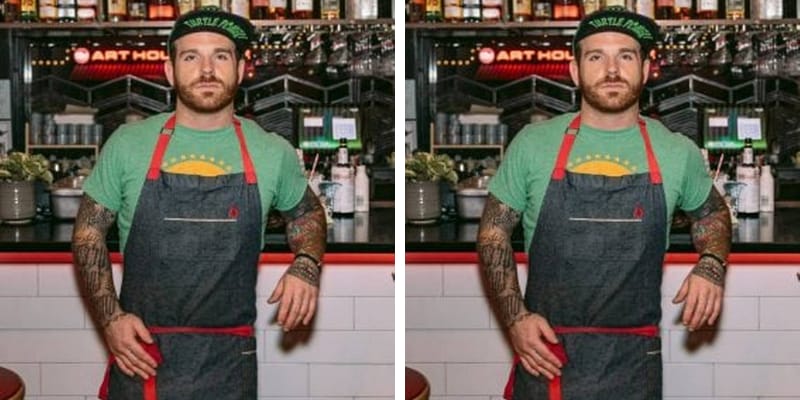 Aaron Grissom was 34 years old Moshi Moshi chef and Top Chef contestant passed away, in 2014 Aaron appeared on Diners Drive-Ins and Dives and the 2014 season of Top Chef.

He was reported dead on September 9th, 2020, he was involved in a fatal motorcycle crash out near chambers bay after returning from Mexico to visit his family.

The chef spent his quarantine in Mexico during the pandemic and he departed Moshi Moshi last summer as the restaurant entered its slow season and Grissom, who opened Dirty Oscar’s Annex on Sixth Avenue, sought other opportunities.

Before his death, he was cooking for touring singers, including Billie Eilish before concerts were canceled due to COVID-19.

Furthermore, he appeared on Diners Drive-Ins and Dives and the 2014 season of Top Chef. In 2016, Aaron and his friend bartender Colin Smith opened the second restaurant in the small town of Montana but it has closed in 2018.

In 2014, Aaron led the kitchen at Bow & Truss at Los Angeles. Apart from this, he has donated one of his Kidney to his Business partner Nanakornphanom who lives with diabetes, Yu Nanakornphanom, who owns Indo Street Asian Eatery in Tacoma’s Stadium District and worked with Grissom on his neighboring ramen bar Moshi Moshi had been living in Mexico during the pandemic.

Later, Nanakornphanom said “After we opened (Moshi Moshi), we talked about it. ‘I have this condition,’ I don’t know how much I can take with the business. Then we were joking around, and he said, ‘I can give you a kidney.’ We happened to be a match — we’re both Type O. It’s very rare to find Type O.”

The waiting list was three to four years, added Nanakornphanom. Grissom’s response was simple: “You wanna do it? Let’s do it.” According to TheNewsTribune.

How old was Aaron Grissom? He was born in 1986 and from LA, USA, he was 34 years old during his time of death.