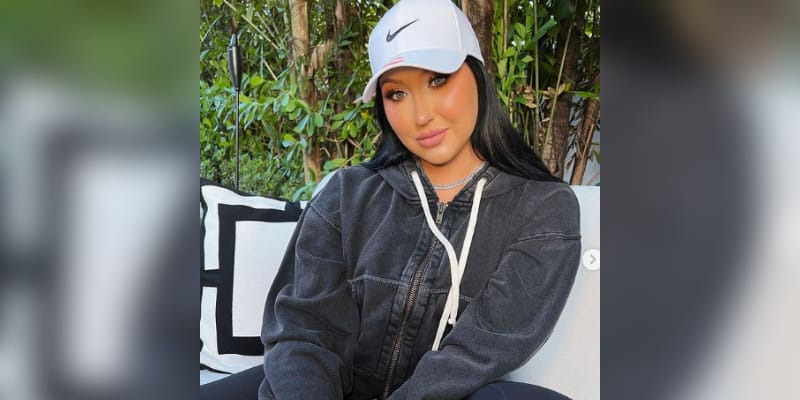 Jaclyn Hill, aka Jaclyn Roxanne Hill, is a Social media personality, Influencer, and American Entrepreneur. Lately, Jaclyn Hill, who goes by the TikTok handle ‘jacattack,’ has revealed an “embarrassing” encounter she had with Amber Heard’s security.

Jaclyn states in her most recent TikTok that she has kept the Amber tale to herself for “two years” but that she felt compelled to reveal it now since the actress continues appearing in her news feed. Jaclyn and her companions were eating at a Nobu restaurant in Malibu, California, a few years ago. Amber, who Jaclyn alleges she had “awkward eye contact” with many times during her three hours at the restaurant, was sitting directly next to them at another table.

Jaclyn claims she had no option but to go by Amber when it was time for her and her companions to depart. According to the TikToker, she complimented the actress by calling her ‘beautiful.’ Amber accepted the praise graciously and even returned the compliment with a few of her own. Amber allegedly stated that she “couldn’t quit gazing” at Jaclyn’s ear piercing, prompting the two to strike up a discussion. The actress’ security then stepped in.

Amber and Jaclyn were about to finish their talk when the star’s security “grabbed her arm” and said, “ma’am come with me,” according to the TikTok. She also alleges she was “dragged” to the front of the “crowded” restaurant and told she “is not permitted to speak to her (Amber)” and “has to leave.” The event was ’embarrassing’ and ‘humiliating,’ according to Jaclyn, not because of Amber but because of her security, who allegedly interrupted their talk.

Who is Jaclyn Hill?

Since stepping in front of the camera to shoot her first YouTube video in 2010, Jaclyn Hill has been obsessed with all things beauty, and she’s been sharing that enthusiasm with millions of fans. She’s polished her signature look over the years: a beautiful complexion with the blazing highlight, a flawlessly blended smoky eye, a statement nude lip, and an immaculately blended smoky eye.

It’s more than just cosmetics, according to Jaclyn’s beauty motto. And she founded Jaclyn Cosmetics for all the boss babes out there who share her passion for cosmetics.

Hill was educated at home throughout her youth.  She studied photography at a college in Sarasota, Florida, before quitting after her first year. Hill formerly worked as a cosmetic artist for hire and in a MAC Cosmetics boutique. In July 2017, she shot “Get Ready with Me & Kim Kardashian,” a video with reality star Kim Kardashian West that has become one of Hill’s most popular.

Hill worked with Australian cosmetics firm BECCA in 2015 to develop “Champagne Pop,” a highlighter. Sephora broke sales records by selling over 25,000 units of “Champagne Pop” within 20 minutes of its debut. Estée Lauder purchased BECCA for $200 million in 2017.

Hill also teamed up with Morphe Cosmetics in 2015 to create a palette with her fave Morphe eye colors. In 2016, she collaborated with Morphe on a limited-edition gem-encrusted beauty brush set, as well as a second eye shadow palette in 2017 under the branding “Jaclyn Hill x Morphe.” According to reports, Hill’s collaborations with BECCA and Morphe sold $10.7 million and $12.2 million in EMVs, respectively.

How old is Jaclyn Hill?

Jaclyn Hill was born on July 20, 1990, in Illinois, U.S. She is 31 years old. After her father, James, mother Robin, elder brother Nicholas, and older sister Rachel claimed they were called by God to pursue missionary work and become evangelists, Jaclyn’s family moved to Tampa, Florida, in 1998. Since her parents’ divorce in 2012, Hill has been alienated from her father.

Who is Jaclyn Hill Husband?

In August 2009, she married drummer Jon Hill. On May 16, 2018, the pair announced their divorce after nearly nine years of marriage. Hill began seeing her current boyfriend, Jordan Torrey, shortly after her divorce (who publicly goes by the name “Jordan Farnum”). Because Jon Hill and Farnum had previously worked together, this partnership created criticism.  Jordan and Jaclyn got engaged in December 2021.

How Rich is Jaclyn Hill?

The estimated Net Worth of Jaclyn Hill is between $3 Million to $4 Million USD.