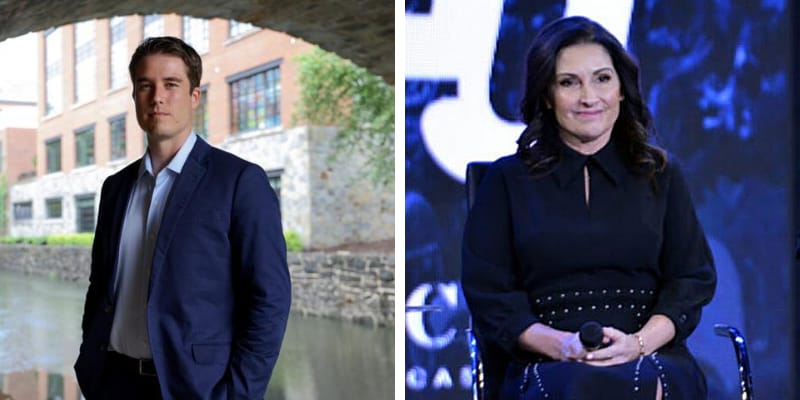 Giancarlo Granda is 29 years old and from Miami, Florida. He obtained a master’s degree in real estate finance and development from Georgetown University, as well as a bachelor’s degree in finance from Florida International University.

Giancarlo Granda accused of blackmailing Jerry Falwell Jr over an affair, the pool attendant Jerry Falwell Jr. claimed tried to extort him after having an affair with his wife revealed Monday.

In 2012, Giancarlo Granda and Becki Falwell began their relationship after they met and he was a 20-year-old employee at the Fontainebleau Miami Beach hotel. However, their relationship ended in 2018, and in an interview with Reuters, he said that he would have sex with Falwell’s wife, Becki Tilley Falwell, in front of the evangelical leader.

Granda said “Becki and I developed an intimate relationship and Jerry enjoyed watching from the corner of the room,” and added it took place “multiple times per year” at hotels in New York and Miami and at the couple’s home in Virginia.

Now, Jerry Falwell claimed on August 23 that the 29-year-old had been trying to extort money from him regarding an affair he had with his wife, Becki Falwell. Furthermore, he’s described Becki’s affair as short-lived.

In an interview with Examiner, Granda told “Any allegation of extortion is false, defamatory and belied by clear documentary evidence. The Falwell’s attempt to sandbag me, and the Examiner, with a last-minute story without providing the Examiner clear evidence that this was not simply an ‘affair’ with concocted allegations of extortion reeks desperation. The WHOLE truth will come out.”

On other hand, Falwell said in the statement to the Examiner “Eventually, he began threatening to publicly reveal this secret relationship with Becki and to deliberately embarrass my wife, family, and Liberty University unless we agreed to pay him substantial monies,” and Falwell Jr. said his wife’s affair with their family friend sent him into a depression and alleged, Granda tried to extort the Falwell family, but the Liberty president rejected the threats.

Who is Giancarlo Granda?

He studied Real Estate Finance and Development at Georgetown University, and he currently lives in Washington, D.C.

Talking about his education he obtained a master’s degree in real estate finance and development from Georgetown University, as well as a bachelor’s degree in finance from Florida International University.

On Linkedin, he describes himself as a “Bilingual real estate operations professional with seven years of experience managing a commercial real estate property along with a youth hostel operation.”

Since 2013, he is the owner of Miami Hostel and Becki Falwell concocted an agreement in which the Falwells would buy a Miami hostel and put Granda in charge. The hostel, which rents beds for as low as $15 a night, “became known as one of South Beach’s best budget party hostels and is sometimes listed as gay-friendly.”

Furthermore, he is also the Managing Member of Alton Hostel, LLC. Also, he is the founder of Gaming Detox, an entity that seeks to “merge the video gaming community with the fitness, health and wellness, sports and martial arts community in order to raise awareness about the importance of living in a healthy and balanced lifestyle.”

In 2012, Granda met Becki Falwell while he was working as a pool attendant at the Fontainebleau Miami Beach and during that time he was 20 years old and studying finance at FIU.

At the same time, Becki Falwell was staying at the hotel and was impressed by Granda, while Granda was working long hours at the university began having an affair with Becki. In an interview with Reuters, he provided the “emails, text messages and other evidence that he says demonstrate the sexual nature of his relationship with the couple.”