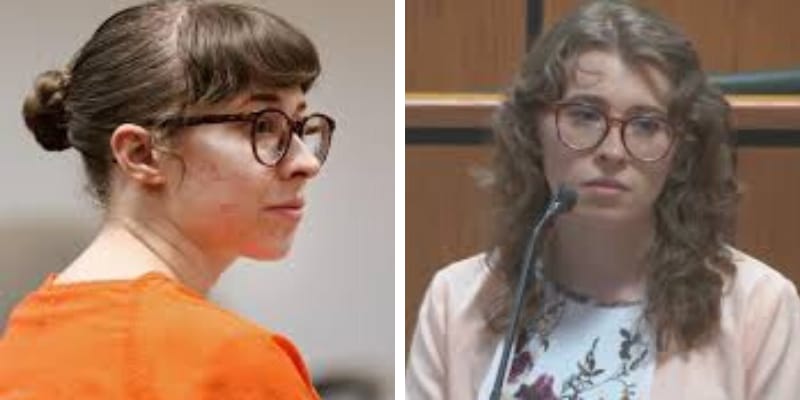 Ezra Mccandless will be sentenced in Dunn County after she was found guilty of the March 2018 killing of Alexander Woodworth in Wisconsin. McCandless was only 22 when the trial began in October 2019 and she was charged with first-degree intentional homicide for stabbing ex-boyfriend Alex Woodworth 16 times in the head, neck, groin, and torso.

Then, she was found guilty by a jury of seven men and five women of first-degree intentional homicide in November 2019. This morning, the sentencing of Ezra McCandless began in Dunn County and the state started their sentencing testimony with family and friends of Alex Woodworth. 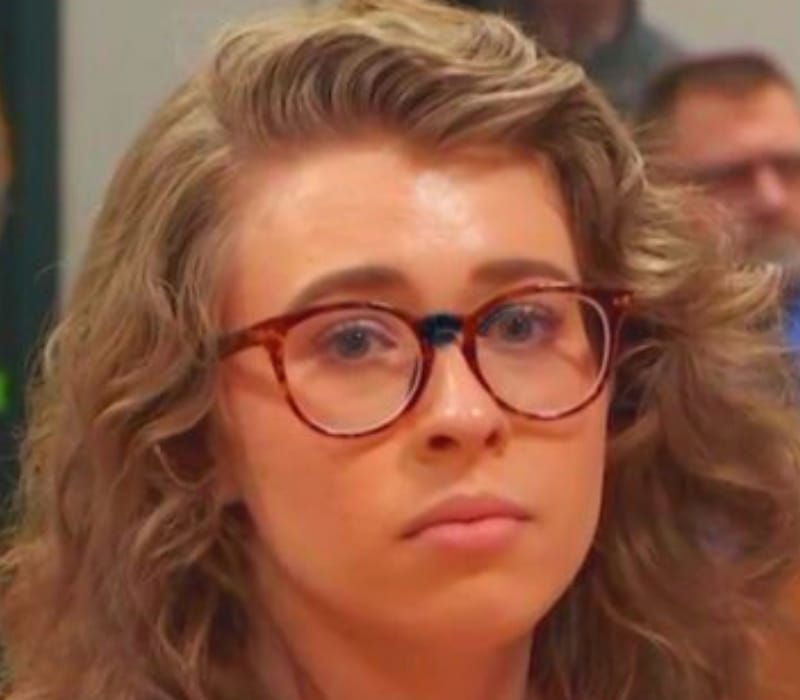 In court on Friday, the prosecutors called Woodworth’s family and friends to the stand who shared memories of his life and character. They said he was a smart man who had a lot of success ahead of him. The state said McCandless lured Woodworth to a remote location and made 16 deliberate decisions to stab him. They said she never tried to help Woodworth and she cut herself to make herself look like a victim.

McCandless’s mother took the stand and said McCandless didn’t get the attention she deserved growing up. Her mother said she divorced McCandless’ dad and that was hard on McCandless.

On March 22nd, 2018, McCandless says she was running errands in Eau Claire and met Woodworth to talk about their relationship. The car they were in got stuck on a muddy road in Spring Brook. It was then that McCandless allegedly stabbed and killed Woodworth after the defense says he tried to assault her. 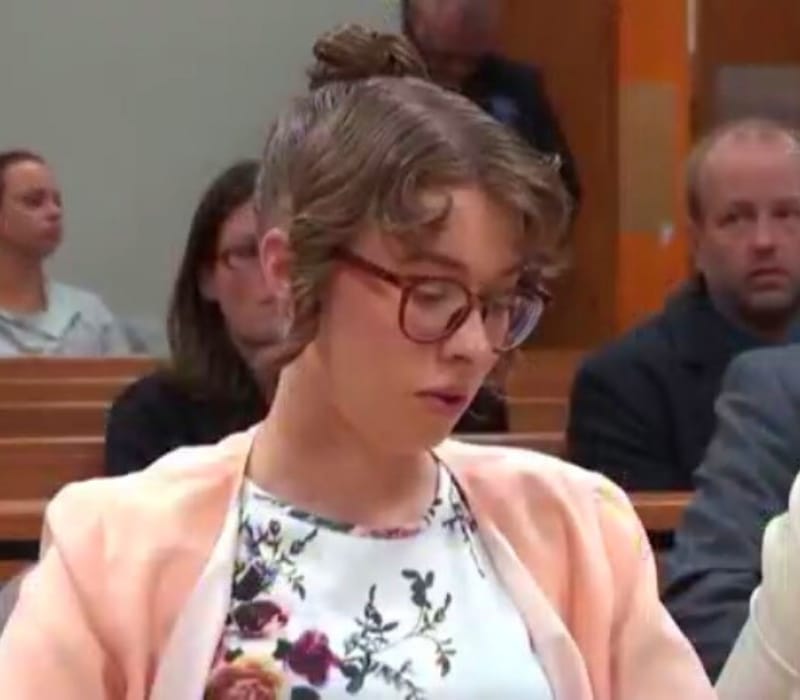 Earlier, In February 2018, Mengal left for two weeks for military training. Over those two weeks, McCandless claims she continued her affair with Woodworth and was raped twice by Mengal’s best friend, John Hansen. After stabbing Woodworth, the defendant ran to a nearby property. The homeowner called the police when a bloody, muddy McCandless came to his door.

Later, McCandless was taken to a hospital, where she told authorities Woodworth tried to rape her and cut the word “boy” into her arm. Woodworth’s body was found the next day. 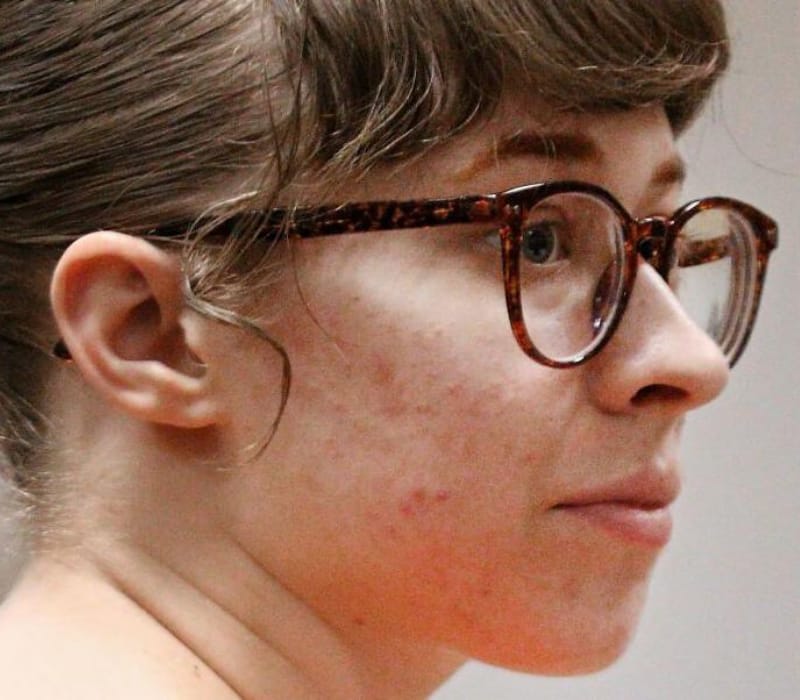 McCandless and her family have set up a GoFundMe campaign to fund her appeal and the page reads “Who is Ezra J McCandless?, I am related to the autumn, richness in the sense of continued generosity. As if a giant tree falls to the ground and begins to rot, growing mushrooms all over, enriched by the weeds growing around it. A sense of depth, real earthiness rather than texture. I am yellow, connected with the sun’s rays. I am open to all with the quality of mid-morning. I was the child who believed in fairies, peaking delicately inside each bloom to find them. A wide-eyed child is drawn to create, as did the first humans to approach their cave walls to scratch and paint. Lured to record our impressions of life. With the same fervency of creation. I have always been an artist. I find solace within each project. I have been deeply concerned with the social orders from which art springs, with the processes of creating art, and with open or hidden assumptions that inform art as with the art products themselves. I’ve been the sculptor, painter, printmaker, photographer, and illustrator. Each creation a reflection, a part of myself.”

“I come from a large blended family that is not based merely on blood shared but based on love, passion, and faith. I value family and the ones I love most of all. I am my mother’s and father’s strength and determination. I am my grandparent’s wisdom and each generation love.”

“Growing up with a nervy craving mind, my spirit has been lit by the words of my favorite authors: Henry David Thoreau, Marcus Aurelius, Mary Wollstonecraft, Lama Surya das and many more. I have a passion for what I believe in no matter the devastation. I will raise my head to face the storm. I am what I love and what keeps me awake at night. I am my love and deepest emotions. I love deeply, I feel great, even to my own detriment. I have always been affected by everything and everyone around me. I value the life of each and every being as if it were my own. I have a fault to forgive even those that have hurt me beyond repair. I am Ezra J McCandless and I am a survivor.” Till now $50 raised of $1,000 goal.