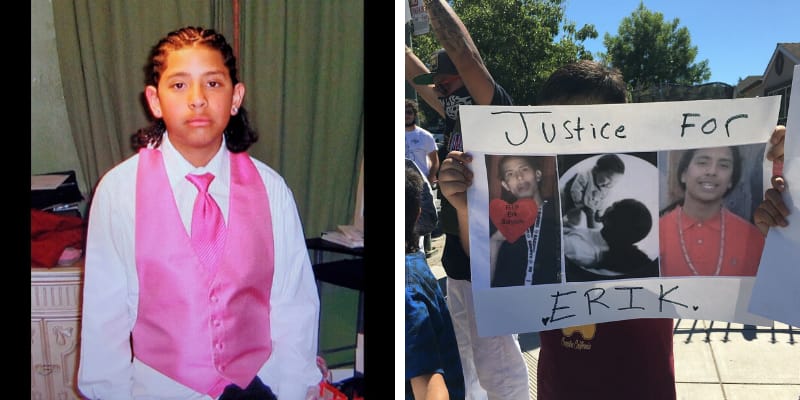 Erik Salgado was 23 years killed by the Police in the Shooting, this incidense occurred on June 6th when Erik and his Pregnant Girlfriend were in a Dodge Challenger Hellcat one block from Salgado’s mother’s home when they were both shot by three California Highway Patrol officers on Saturday around 10:45 p.m.

In the Shooting, Erik died at the scene and his Girlfriend, Brianna Colombo who is four months pregnant exited the passenger side of the car after the shooting, clutching her stomach and arm, according to neighbors who witnessed the shooting. 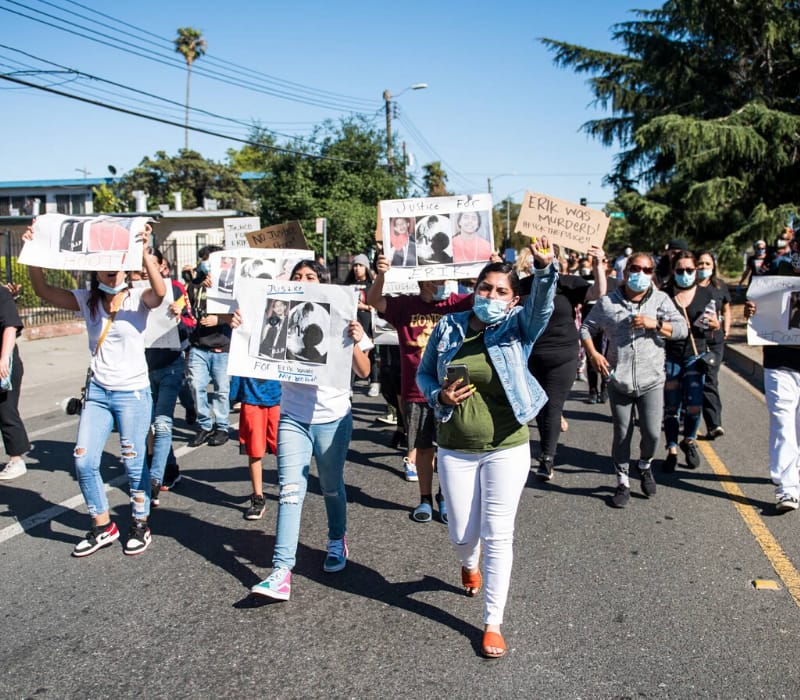 Shane Bauer (Journalist and Author) released several video clips released and tweeted the videos out in a thread. In the video, there was confusion and conversation, as well as the cries of Salgado’s pregnant partner as officers order to get on her knees at gunpoint.

UPDATE: Mayor @LibbySchaaf says @oakland is “committed to conducting a rigorous & transparent investigation” into a shooting by @CHP_GoldenGate officers that killed auto-theft suspect Erik Salgado & injured his pregnant gf. @oaklandpoliceca made clear they did not open fire pic.twitter.com/wlqm008Vkr

However, Brianna Colombo after hours after the shooting she was still present at the scene according to the video released by the Shane Bauer. Oakland Police Department released a statement “CHP officers advised they exited their vehicles to conduct a vehicle stop at which time the driver of the Dodge Hellcat began ramming CHP vehicles. Three CHP officers discharged their firearms in the direction of the driver of the Dodge Hellcat, which was also occupied by a female passenger.”

Then, Lieutenant Ted Henderson of the San Leandro Police Department told The Oaklandside on Tuesday that the car Salgado was driving was one of 80 vehicles stolen on May 31 from a San Leandro auto dealership. Henderson said SLPD does not know if Salgado stole the vehicle.

Erik Salgado and Brianna Colombo Have a Three-Year-old Daughter.

Yes, Erik and his Girlfriend have a daughter who’s age is 3, and currently staying with Colombo’s parents. During the time of shooting Brianna Colombo was four months pregnant. After the incident, Colombo has not spoken publicly about what happened.

According to neighbors' accounts, Salgado drove onto their block and was boxed in by undercover police trucks. He then revved the engine and began spinning the tires, burning rubber. When the engine popped, two officers unloaded on him. 2/

But, she was listed as being in stable condition at a nearby hospital by CBS San Francisco on June 8. Salgado’s mother, Selina Ramirez, said she is confused about the incident, and said police have not offered to explain to her what happened.

On 7th June, Ramirez and other family members were gathering around a small shrine to Salgado being assembled on a neighbor’s fence. “We were out until 3 a.m.,” she said, “but they didn’t tell us anything.” 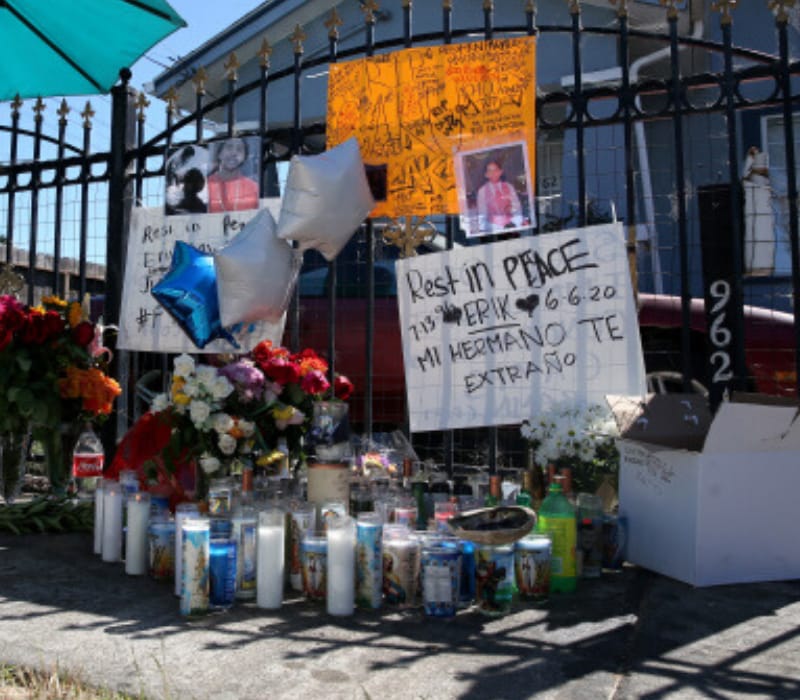 In an interview, Erik Salgado’s family claimed he was shot 40 times after the chase ended in the East Oakland neighborhood. On Monday, hundreds of people marched in the neighborhood near Salgado’s mother’s home Monday afternoon to demand justice

However, the Oakland Police Departments Homicide investigators confirmed the Dodge Hellcat was reported stolen on June 3 from the San Leandro Chrysler/Dodge dealership one of 74 vehicles stolen on that night.

Selgado’s sister told that her brother Erik was trying to change his life around. She said she can’t understand why he was killed, even if he was driving a stolen car.