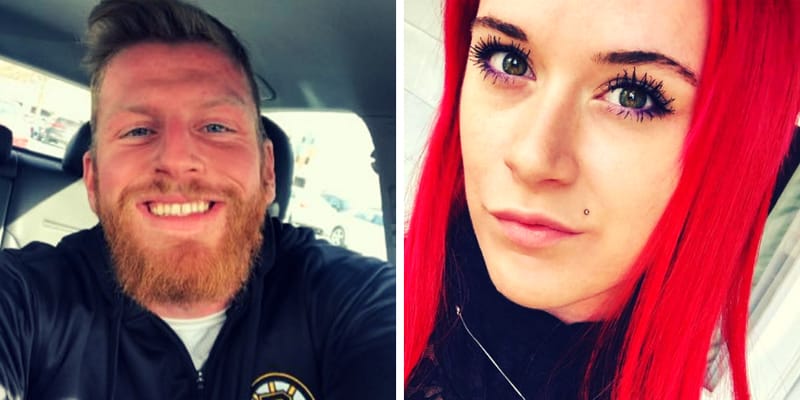 Erich Stelzer was born on 1993 in the USA and he is 25 years old Body Builder and Youtuber. Recently, Erich Stelzer was Tased to death by police after the neighbor called 911. Furthermore, this incident took place at Erich Stelzer’s house on Church Street where he was assaulting a woman named Maegan Tapley (24 years).

Maegan Tapley and Erich Stelzer met on Tinder App and two were on a date. In fact, she is a Veterinary Assitant at Saugus Animal Centre, later this two came to know a few days back through Dating app. On December 27, 2018, Maegan was at Erich Stelzer house and suddenly he started to attack her with the knife and according to the Cohasset police when they entered his house he called himself God and Maegan as Devil. Later, police tased him several times and Maegan was rescued from him and now she under treatment in Hospital.

Her father Susan Tapley told in an interview that she is recovering from the horrific incident but she has to undergo plastic Surgery and Eye treatment. Maegan Tapley shares two siblings and one of the sisters said she is strong and will recover soon. Furthermore, Maegan Tapley family launched Gofund page and more than $ 4,000 USD has been donated.

According to Norfolk District Attorney they have received an Autopsy report but waiting for Toxicology Result. Later, spokeswoman of District Attorney named Peggie Krippendof said that police teased him because to rescue the victim and after the victim was taken to Hospital.

Later, Erich Stelzer was rushed to hospital but he died on the way. According to his father named Harold, Stelzer police tased him four times and it was excessive and want the justice.

How old is Erich Stelzer? was born in 1993 and he is 25 years old as of 2018 and his father name is Harold Stelzer and there is not much information about his mother and siblings. Erich Stelzer has a youtube channel named Erich Stelzer launched on Sep 14, 2016, and has 381 subscriber and 103,814 total views. Furthermore, after this incidence, his Instagram account has been deleted.

Erich Stelzer is 6 feet 7 inch in height and weighs around 90 kg. Later, according to Erich Stelzer’s family, he was receiving mental health care and before this incidence, he was acting weird but unfortunately, this incidence has happened.